Gains were widespread across markets, and big tech and communications stocks did some of the heaviest lifting. 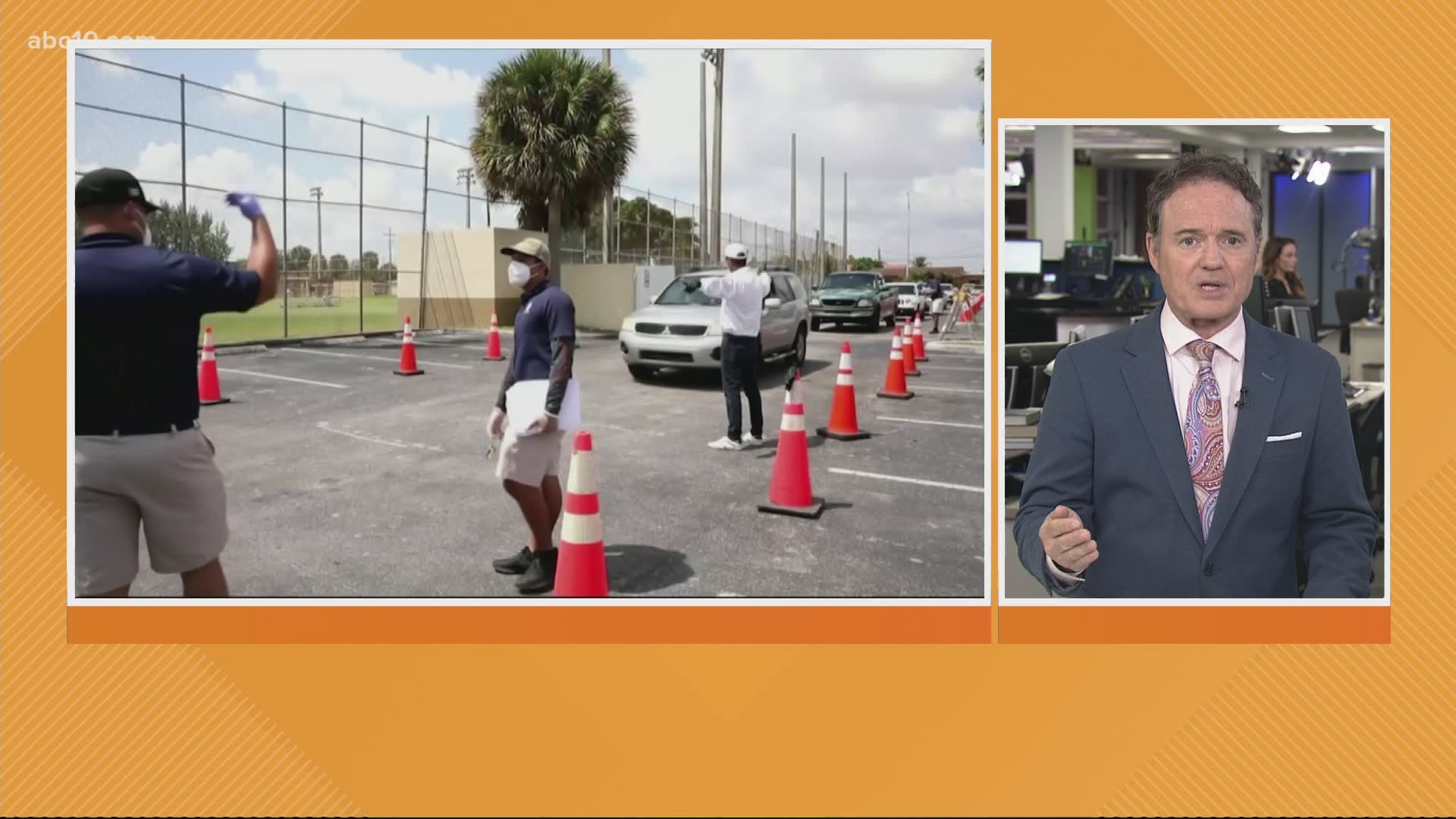 Stocks charged higher around the world Wednesday following an encouraging report on a possible treatment for COVID-19.

The S&P closed 2.7% higher after Gilead Sciences said its experimental drug proved effective against the new coronavirus in a major U.S. government study that put it to a strict test.

Optimism helped send the S&P 500 up 1.9% in the first few minutes of trading, and stocks in Europe also jumped after Gilead Sciences said an experimental coronavirus drug met its treatment goal in a major study.

Gains were widespread across markets, and big tech and communications stocks did some of the heaviest lifting after Google’s parent company said its revenue was stronger than Wall Street was expecting.

Gilead’s report hit markets at the same moment that a government report showed how pervasive and painful the hit to the economy from the coronavirus outbreak has been. The U.S. economy shrank at a 4.8% annual rate in the first three months of the year, its worst performance since the depths of the financial crisis in 2008.

The figure was worse than investors were expecting, and it’s “merely the tip of the iceberg,” said Michael Reynolds, investment strategy officer at Glenmede. Job losses have exploded since early April, as layoffs sweep the nation following widespread stay-at-home orders, and economists expect to see even worse numbers for the second quarter of the year.

But stocks have been rallying over the last month as investors look toward the prospect of economies gradually reopening around the world. Some U.S. states and nations around the world have laid out plans to relax restrictions keeping people at home and businesses bereft of customers. A drug treatment for COVID-19, which has killed more than 217,000 worldwide, would help life inch back toward “normal.”

But what got the roughly 30% rally for the S&P 500 started in late March was massive aid from the Federal Reserve and Congress. The Federal Reserve is closing a two-day meeting on interest rates, and most economists expect it to announce in the afternoon that it’s keeping short-term rates at nearly zero. More importantly, investors will be listening for clues about how long the Fed will keep in place its unprecedented efforts to prop up the economy.

Google’s parent, Alphabet, jumped 7.5% after it reported better revenue for the first three months of the year than Wall Street expected. That helped communications stocks in the S&P 500 rise 4.3%, the biggest gain among the 11 sectors that make up the index. It also raised optimism about digital-advertising trends in Facebook’s earnings report, which is scheduled for after the market closes Wednesday. Facebook rose 5.9%

Earnings reports in Europe are mixed, with Volkswagen saying its business is resilient despite a drop in sales but planemaker Airbus warning that the air travel industry's troubles are just beginning.

Many professional investors are skeptical of the U.S. stock market’s big rally. There’s still a lot of uncertainty about how long the recession will last. The vigorous rise for stocks over the last month also implies investors see a relatively quick rebound for the econmoy and profits following the current devastation. But it may take a while for households and businesses to get back to “normal” behaviors.

The yield on the 10-year U.S. Treasury fell to 0.58% from 0.61% late Tuesday. Yields tend to fall when investors are downgrading expectations for the economy and inflation.

Oil prices are continuing their extreme swings after a collapse in demand has sent crude storage tanks close to their limits. Benchmark U.S. oil rose 23.6% to $15.26 per barrel. Brent crude, the international standard, rose 7% to $24.34 per barrel.