"Everyone is kind of looking out for everybody and hoping that we can be here as long as possible." 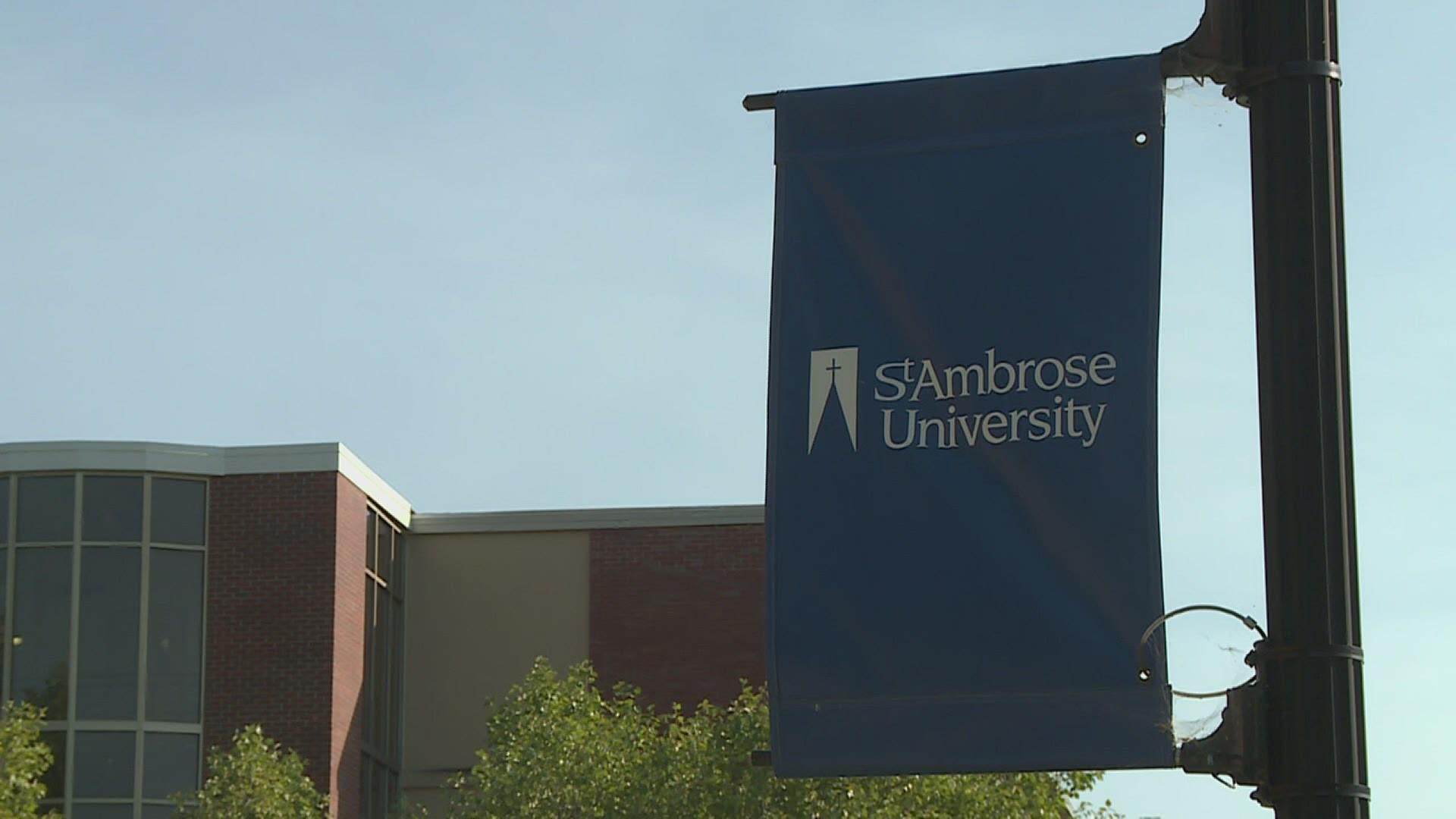 DAVENPORT, Iowa — It's been a little over one month since classes resumed at Saint Ambrose University.

For senior Damon Wolter, he's willing to do anything to be back on campus and he says he sees the same in his peers.

"More than anything else everyone is super excited to be back. The university has done a really good job of making sure that everything feels as normal as possible."

Right now the University has seen fewer than 1% of its students test positive for COVID-19.

Director of Communications Craig DeVrieze says he believes the small percentage stems from the close knit community on campus.

"We have students who care and want to do the right thing."

Comparing numbers to a big school like the University of Iowa, St. Ambrose is doing remarkably well.

U of I has had nearly 7% of its students test positive since classes resumed.

DeVrieze saying students understand that one wrong move could ruin the whole year.

"I think they very much understand that one situation, one party where social distancing is disregarded, the virus spreads could shut the campus down."

St. Ambrose is using self-monitoring by asking students to answer a questionnaire every morning on how they feel.

"If one question flags you you'll be contacted by one of our health professionals and they will recommend that you be tested."

While it isn't an ideal situation, senior Alison Yoder says the adjustments are worth being back on campus.

"If that's what it takes to be on campus then we kinda will do whatever we need to."

St. Ambrose students have taken a pledge to follow the rules. They're expected to social distance and wear a mask in all social settings.

DeVrieze saying that there has been some students who have been sent home for not following the rules.

"Those that simply wanted to act like this was a normal semester we've sent a few of them home."

A group of students the Friday of Homecoming sent out a letter urging students to celebrate homecoming weekend safely.

DeVrieze says its comforting to know all students are holding each other accountable, not just faculty and staff holding the students accountable.

"The fact that this message came from students should have more resonance."

Although numbers may be low now, there's always a chance they can spike.

But Yoder says she's confident students will choose to do the right thing.

"Not going off campus and getting into trouble just making sure they're keeping other students safe as well."