Fitzgerald Pharmacy is the only one in Morrison, and recently started receiving COVID-19 vaccines. They've held four clinics, and Thursday's was the biggest yet. 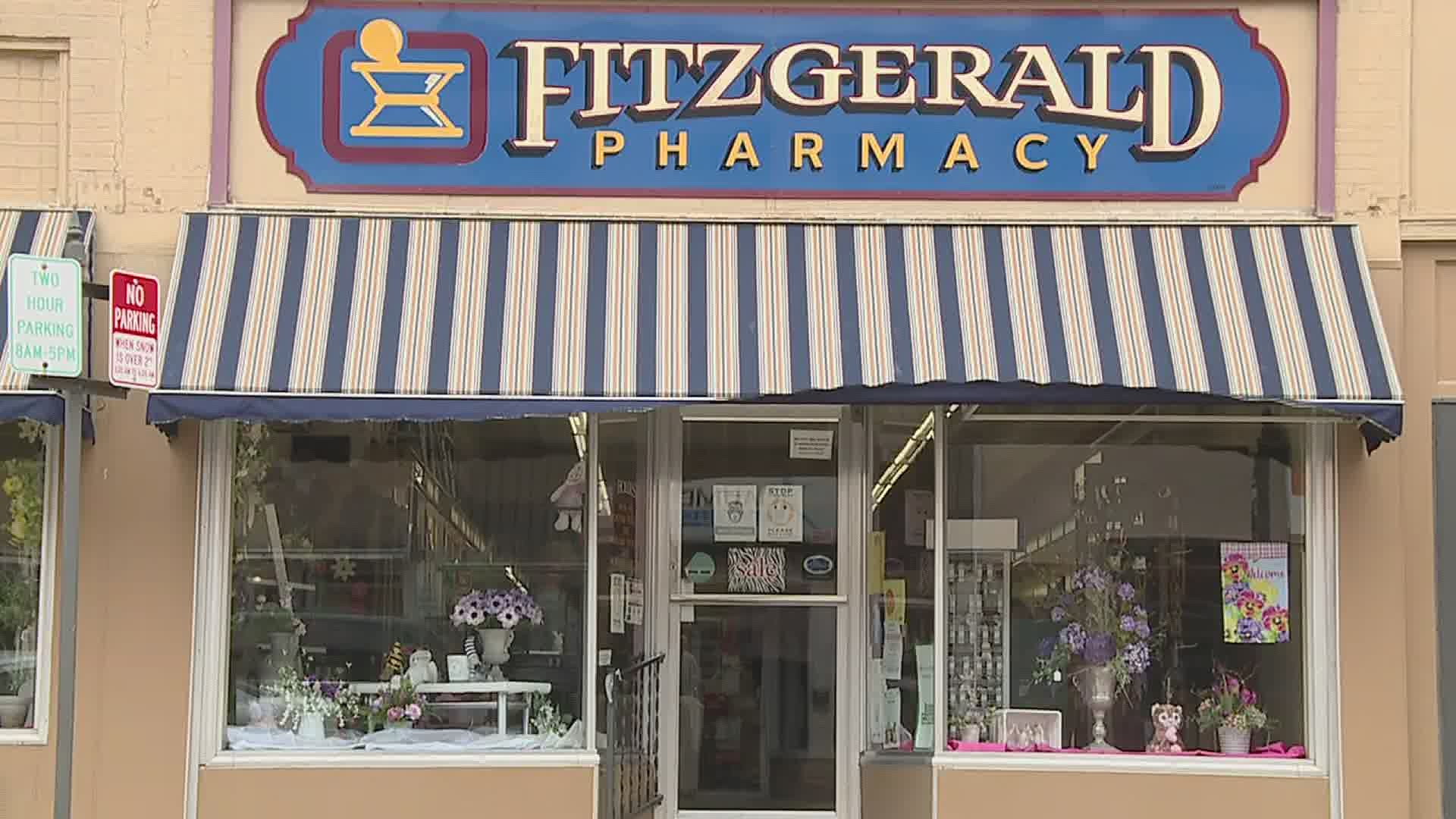 MORRISON, Ill. — In the small town of Morrison, there are some big hearts.

Some of those hearts are inside the Fitzgerald Pharmacy, helping to distribute more COVID-19 vaccines.

"We’ve never done anything like this before," Frederick said.

Frederick is one of the people helping lead the charge on the clinics. Thursday was the pharmacy's fourth clinic. And as the only pharmacy in the town of Morrison, the 70 shots they planned on administering were a big deal for her local customers.

"They don’t have to travel or go anywhere," Frederick said. "Some of them are elderly and they can’t get around too much, so it’s a lot easier for them to just come here to do it."

The pharmacy has now hosted four vaccine clinics. They started with about 30 doses at each clinic, and have received more vaccine in recent weeks. One of the pharmacists there said they hope the amount they receives continues to increase.

Dan Engelkens is the pharmacist giving each person their shot.

"When people trust the providers that are that are going to provide them whether it’s medication or vaccinations, hopefully its easier for them to overcome any anxiety about getting treated, which is really what we’re looking to do here," said Engelkens.

The clinic setup is unlike other setups around the Quad Cities. As opposed to a mass vaccination site, the Fitzgerald Pharmacy had five chairs, with dividers between them.

This clinic helped get shots in arms in a rural community, giving each person a shot to do their part.

At the end of the day, Engelkens said they used every available dose, and actually administered 76 total doses during the day. That's because Engelkens said every drop of vaccine was extracted from the vials, so no dose was wasted.

The pharmacy receives its vaccines from the Whiteside County Health Department. That means they are following the eligibility guidelines set by the state of Illinois.

The pharmacy is expecting to get more vaccines next week, but does not know yet how many or which brand. They do have a wait list and are helping schedule those people when appointments become available.