Supervisor Ken Croken suggested the mandate to the Scott County Board saying "one size does not fit all". 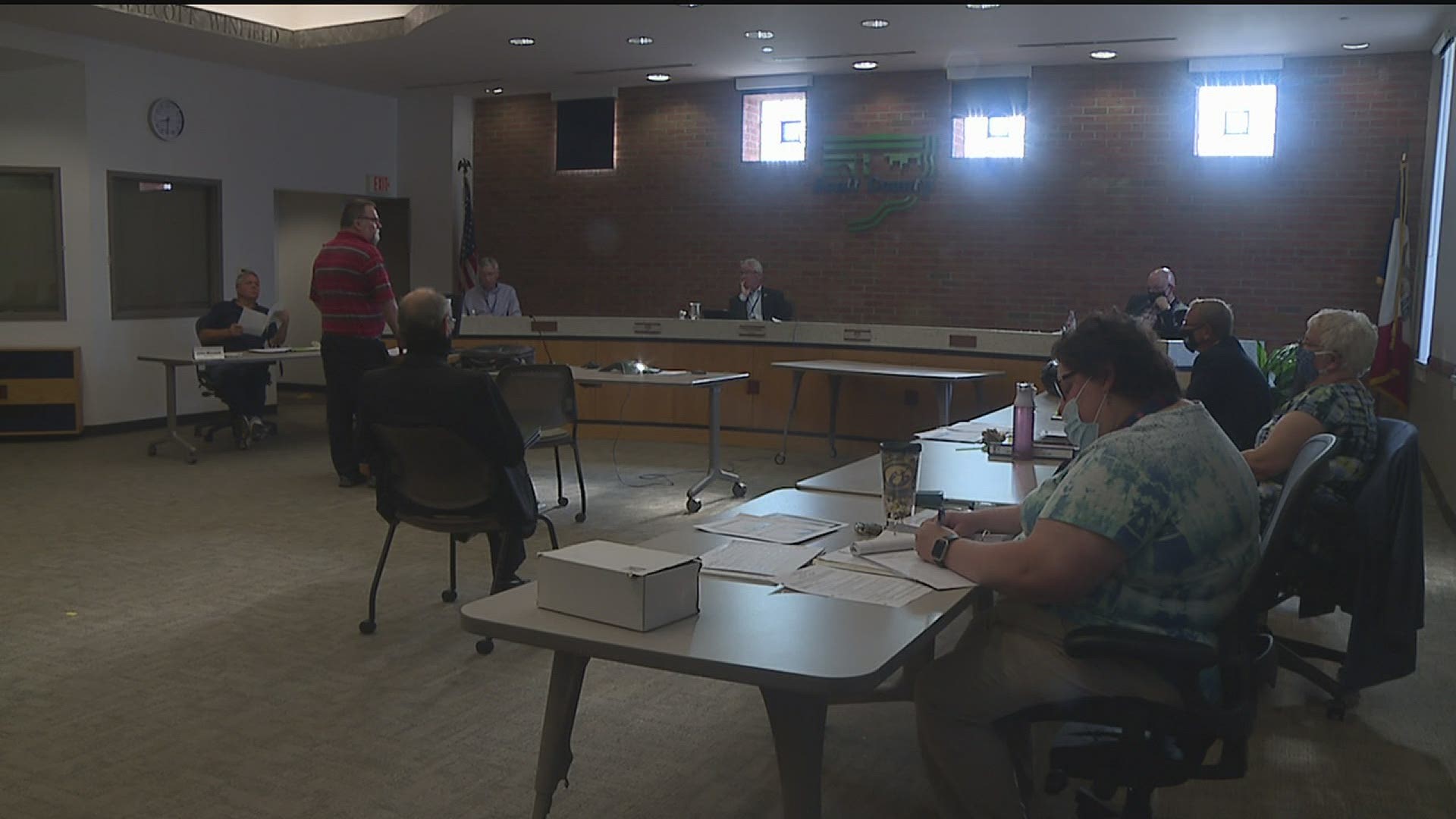 DAVENPORT, Iowa — Scott County Board of Supervisors plans to vote on a county wide mask mandate on Thursday.  It would require people to wear a mask in all public outdoor and indoor settings.

Supervisor Ken Croken suggested the mandate to the board and says "one size does not fit all". Even though Iowa Governor Kim Reynolds says any local face mask requirement is null or void, Croken believe cities and counties need to be able to make their own rules.

About a dozen people congregated outside the Scott County Administration Building on Tuesday to voice their opinion about the possible mandate.  But only a few were let inside the board room due to COVID-19 capacity limits.

"We were told only three people were allowed in the room, we were kind of asked to leave and call in," says Loana Stoltenberg, a Scott County resident.

But the limitation didn't stop some from stepping up to the microphone.

"You are considering people wearing a snot rag over their face constantly adjusting it and touching it," says one Scott County resident in the meeting.

"To have someone "grandstand" in the middle of a pandemic, that's embarassing; I can't believe we are doing this," says Scott Webster.

Some support the requirement, including Infectious Disease Specialist Dr. Louis Katz. Others say they want to see more details worked out.

Residents at the meeting pointed out it's not the board's job to make the mandate since Governor Reynolds has not issued a face covering requirement.

"You don't have the authority to mandate a face covering - that's overstepping your authority," voices another Scott County resident.

The board will vote on the mask mandate on Thursday. The requirement need support from three of the five board members for it to pass.

RELATED: THIS WEEK: Why is there a local COVID-19 spike?