Health officials from both counties confirmed that significant increases in COVID-19 cases over the past week have raised the threat level. 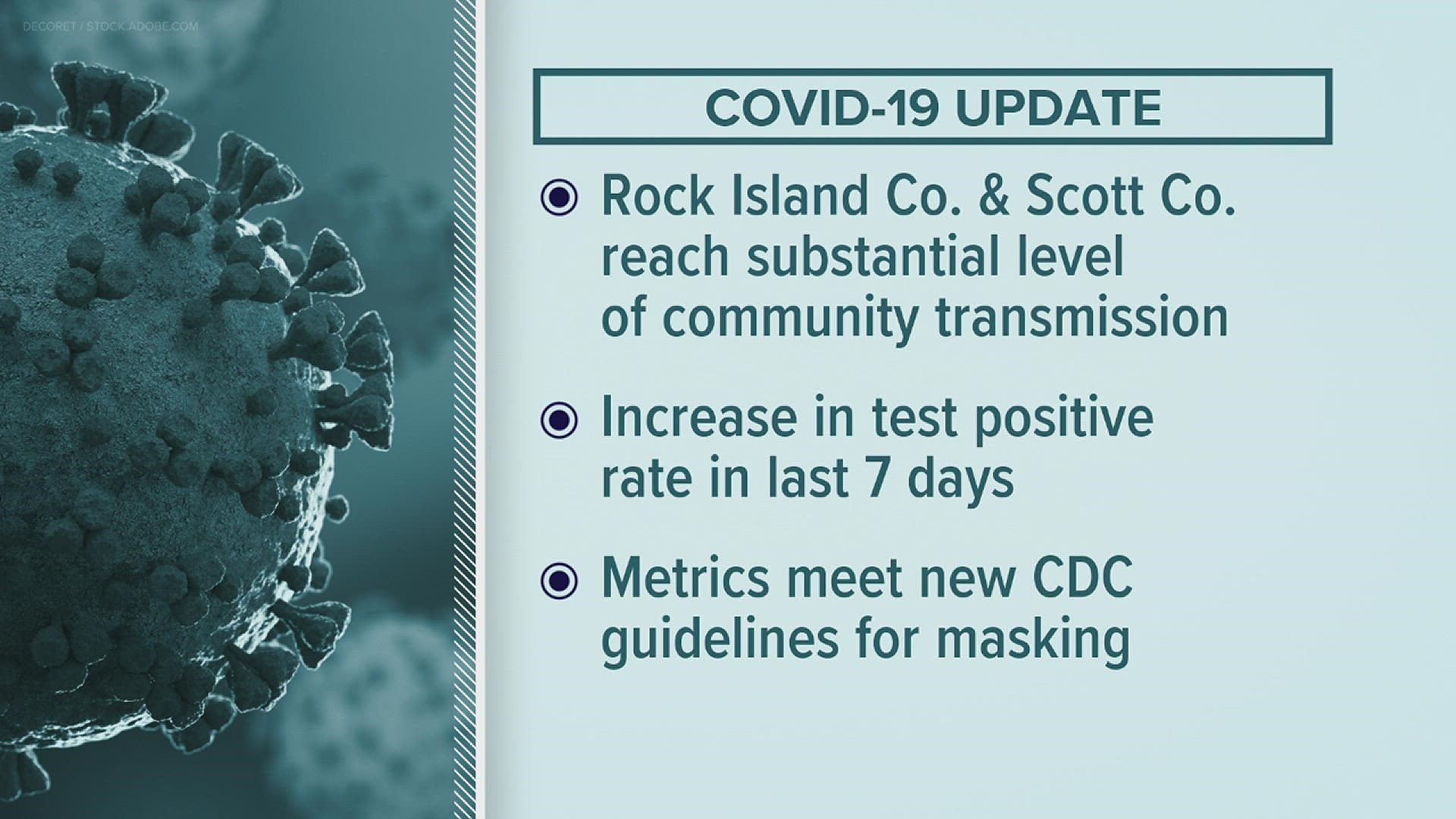 Health officials from both of the major Quad Cities' counties have announced that the areas have reached "substantial" levels of COVID-19 transmission.

In press releases issued on Friday, July 30, officials from Scott and Rock Island counties paired their statements with data explaining how the conclusion was reached.

Both counties saw significant increases in COVID-19 metrics, including new cases and positivity rates, that contribute to the state of the virus's overall threat level in the area.

The CDC uses these numbers to determine what a county's transmission severity level is, and both counties have been declared to be at a "substantial" level, meaning the threat of the disease spreading has notably risen.

With the announcement, health officials urge the public to follow updated mask guidelines and increase their protection and caution, including wearing masks in indoor spaces regardless of vaccination status, frequent sanitation, and social distancing, as well as getting the vaccine if you haven't already received it.

"We know that this recommendation for masking is not what any of us want, however, the only way that we can slow the spread of COVID-19 limit severe illness and death prevent the development of new variants and keep our healthcare system from being overwhelmed is to work together," says Scott County Health Department Director Amy Thoreson.

More information and updates can be found at https://covid.cdc.gov/covid-data-tracker/#county-view