The president's name is being added to stimulus money going to millions of people, something critics say is aimed at helping his re-election campaign. 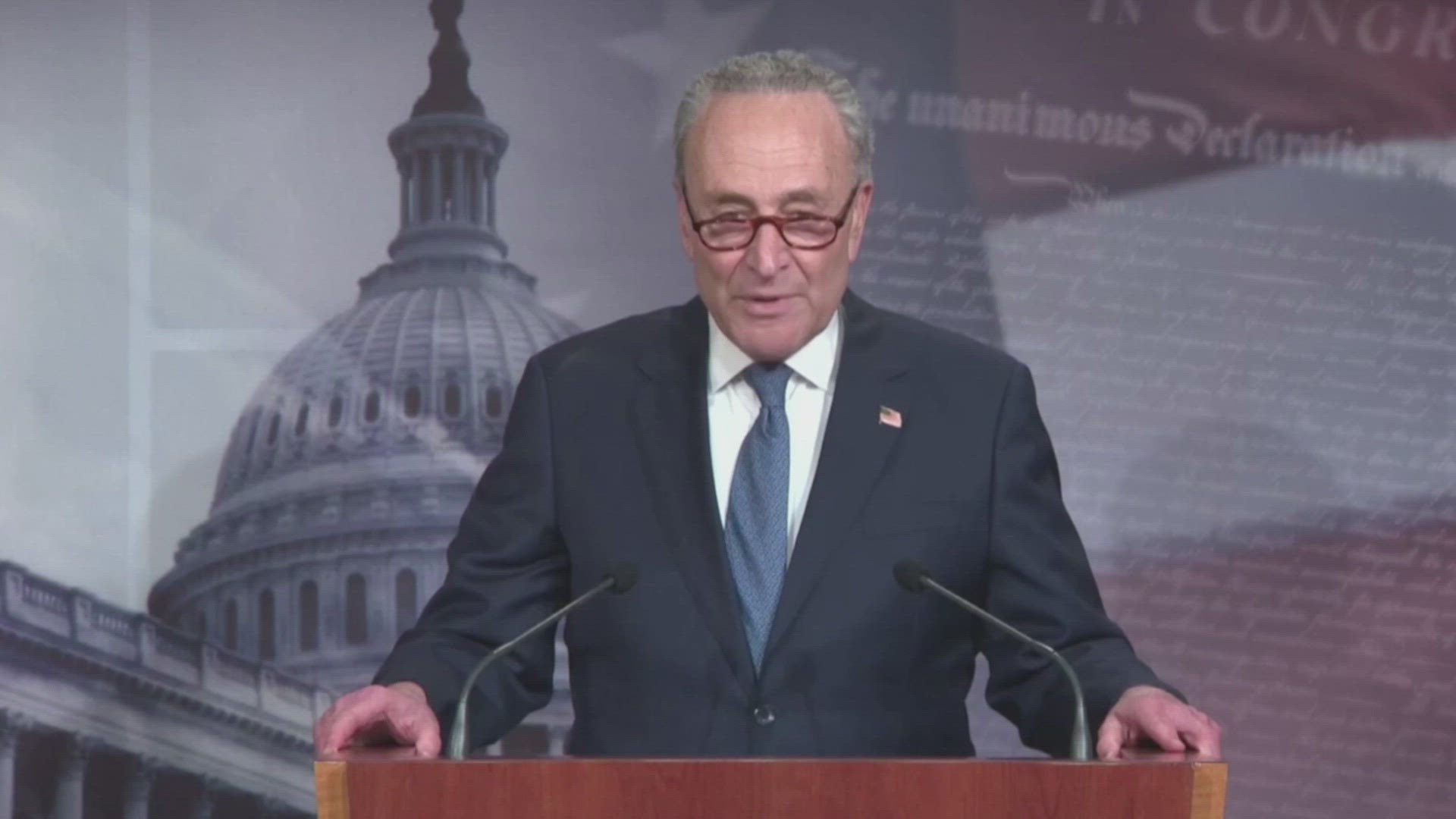 Senate Minority Leader Chuck Schumer, D-NY, reportedly plans to introduce a bill to prevent President Donald Trump from putting his name on future stimulus checks from the government. Trump's name is being added to checks from last month's $2.2 trillion CARES Act, something Schumer claims is meant to help the president's re-election campaign.

Politico and Business Insider report Schumer's bill is "The No Politics in Pandemic Recovery Act" -- or "No PR Act" and he hopes to attach it to the next coronavirus stimulus package. It would prevent the use of federal money that would promote President Trump Vice President Mike Pence.

"President Trump unfortunately appears to see the pandemic as just another opportunity to promote his own political interests. The No PR Act puts an end to the president's exploitation of taxpayer money for promotional material that only benefits his re-election campaign," Schumer said in a statement published by BI Monday.

According to multiple reports, Treasury Secretary Steven Mnuchin had Trump's name added to the paper checks that millions of Americans will receive. Mnuchin reportedly did this at Trump's suggestion but Mnuchin later said it was his own idea. The Washington Post also reported that the addition might delay the checks, something treasury officials denied.

The Post also reported it will be the first time a president's name appears on an IRS payment.

Americans who received direct deposits from the IRS started receiving letters last week with President Trump's signature stating their stimulus had arrived. The letter was on White House letterhead, but the return address was from the Treasury Department. It's not clear if the No PR Act would prevent such letters from going out.

Credit: TEGNA
A letter signed by President Donald Trump telling Americans their stimulus money from the CARES Act has arrived.