What we know about remdesivir, the drug President Trump's doctors have started him on

A large trial for the drug's effectiveness on COVID-19 was performed at Emory University. 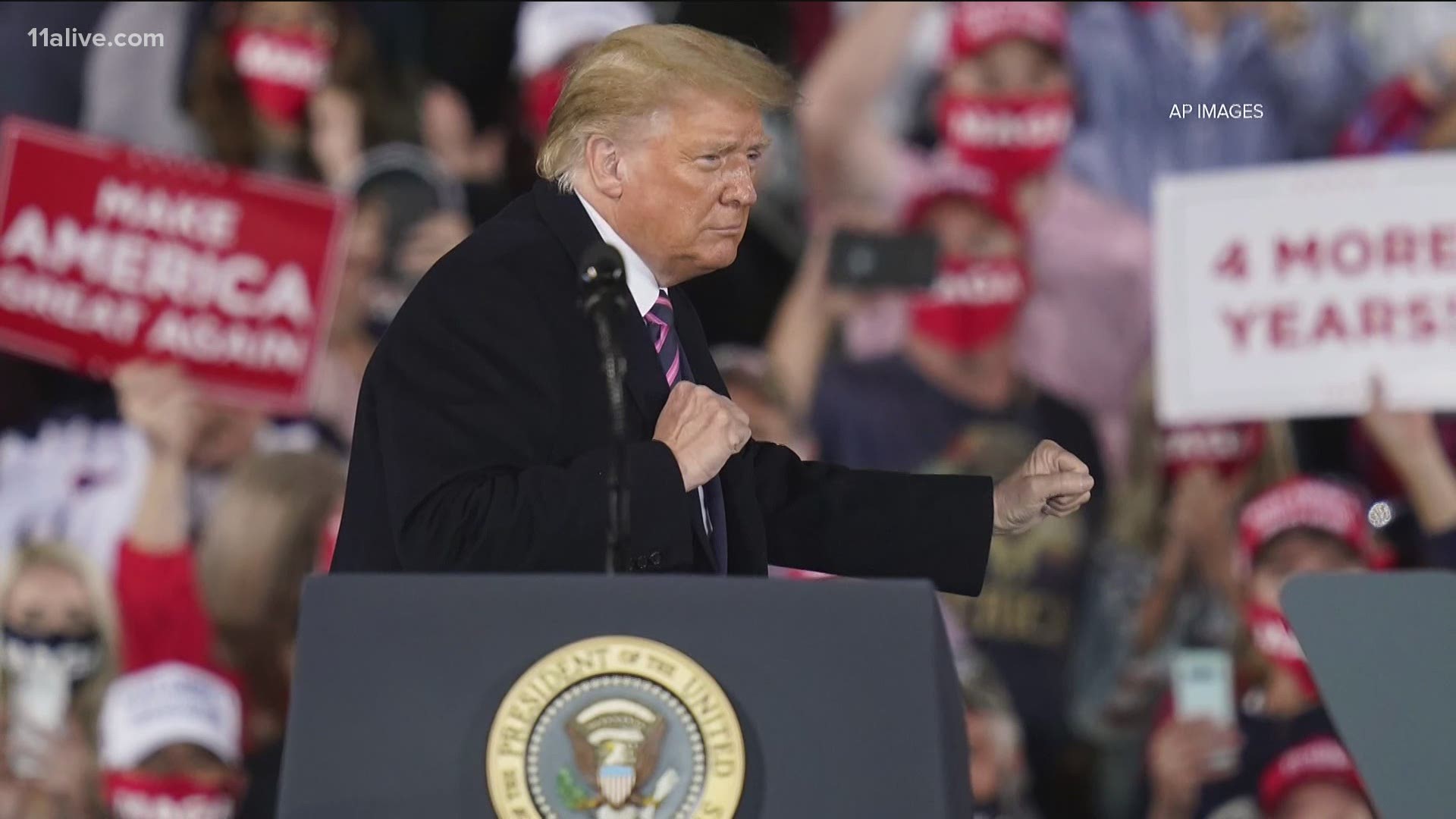 ATLANTA — Late Friday night President Trump's physician announced he and other specialists had "elected to initiate Remdesivir therapy" with the president.

The drug has been one of the more effective therapeutics to emerge in the fight against COVID-19, though it isn't, as a specialist told The Washington Post earlier this week, a "magic bullet."

RELATED: Trump given drug that was studied at Emory, found to be effective for COVID-19

Here's what we know about the drug:

How well does it work?

Probably the most important question, right?

To answer that, it's necessary to distinguish first what we mean by "work." It has been shown to help people get better faster - in one of the more recent robust studies, sponsored by the National Institutes of Health, it was shown to reduce recovery time by four days.

It's not clear, however, if remdesivir has a significant effect on preventing death. The NIH study showed a very slight improvement in mortality rate with remdesivir, 7.1% versus a placebo rate of 11.9%.

A study on Italian ICU patients published in August in the Journal of Antimicrobial Chemotherapy did suggest a much larger effect: With remdesivir, about 56% of the patients died, versus roughly 92% who were not treated with the drug and died.

That study involved a pretty small sample, though, so it's hard to draw strong conclusions from it.

Despite the uncertainties, there's enough research by now to suggest it's usually helpful to some degree, and it's been described as the "therapeutic of choice" at the moment.

Where did it come from?

It was developed by the California biopharmaceutical company Gilead.

A worldwide clinical trial was conducted with the drug that started all the way back in February, and Emory University here in Atlanta enrolled 103 patients, more than anywhere else in the world.

In May, the U.S. Food and Drug Administration authorized it for emergency use in patients with severe cases of COVID-19, and in August expanded that authorization to include any hospitalized adult patient. The expanded authorization was reissued earlier this week.

How does treatment work?

How does it work?

The European Medicines Agency provides this simple explanation: "Remdesivir is a viral RNA polymerase inhibitor. It interferes with the production of viral RNA (genetic material), preventing the virus from multiplying inside cells. This can help the body to overcome the virus infection, and may help patients get better faster."

How much does it cost?

In June, Gilead said it would cost $390 per vial for the government, with a 5-day course of treatment using six vials costing $2,340 per patient.