How the QC Hive helps musicians weather the pandemic

A Davenport musician is taking the idea of community support to the next level. The QC Hive is asking people to support an artist with just a dollar a day. 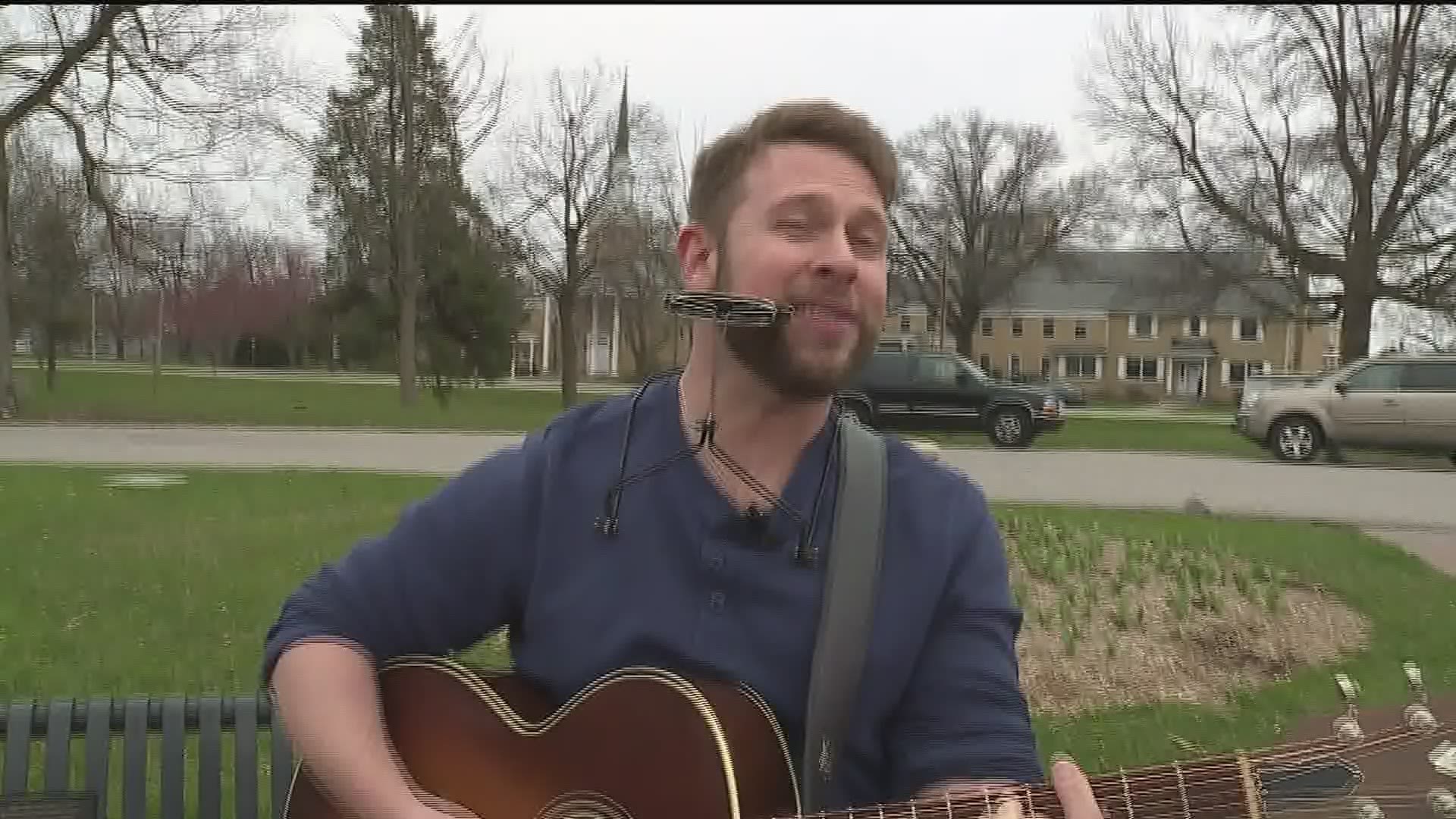 DAVENPORT, Iowa — Musicians are among the millions of people out of work as venues they perform at have to close due to the coronavirus pandemic. Many have taken to social media to perform their art and live off tips and donations.

For Donovan Gustofson, an adjunct music teacher at Black Hawk College and assistant director of the contemporary praise team at St. Paul Lutheran Church, all of his upcoming and recurrent gigs were canceled.

"I’m fortunate enough that I'm still doing private lessons through Facetime," Gustofson said who is also a bass player for Funktastic Five. "I was really worried about my fellow musicians and what are they are going to do for income. They have absolutely no source of income right now."

Gustofson brainstormed ways to continue getting paid and thought of crowdfunding. He came up with the idea for QC Hive, a Facebook group with a simple premise: Every day, he nominates a musician and asks the hive to donate $1 toward that artist.

"If we have thousands of bees in the hive, if we all send a dollar towards that one bee, that one nominee that we have for the day, then we can help lift them up," he said. "Hopefully raise enough money that they’ll be set to cover their expenses for the next month or two. That’s the goal."

Donovan Gustofson
QC HIVE has 3,698 members. Imagine every bee in a hive helping just one bee. Here at QC HIVE that is exactly what we do. Every day we select one...

Jordan Danielsen, 41, has been making a living with his music since he was 21-years-old. When his traditional venues like bars, breweries and wineries started shutting down, he said he didn't know what to do.

"It’s really scary and the thing that I’m really scared of is, when we come back, the venue that we did play at will be so strapped for cash that they won’t hire us. We’re kind of a fringe benefit you know," Danielsen said.

Danielsen is the featured musician on the QC Hive on Friday, April 3. But it's not just artists that are promoted on the page.

"We want to make sure a lot these mom and pops that are closing right now and that are only doing take-out, that we don’t lose them," Gustofson said. "We want them to be open when all this blows over."

Right now, Gustofson said, a featured artist might make a few hundred dollars. But he hopes the QC Hive keeps growing, and he said it would continue to support artists indefinitely.

"There's just so many of them."

RELATED: Illinois launches fund to help artists who are out of work due to COVID-19