Over 70% of tested inmates in federal prisons have COVID-19

New figures from the Bureau of Prisons show that out of 2,700 tests systemwide, 2,000 have come back positive, strongly suggesting there are far more COVID-19 cases. 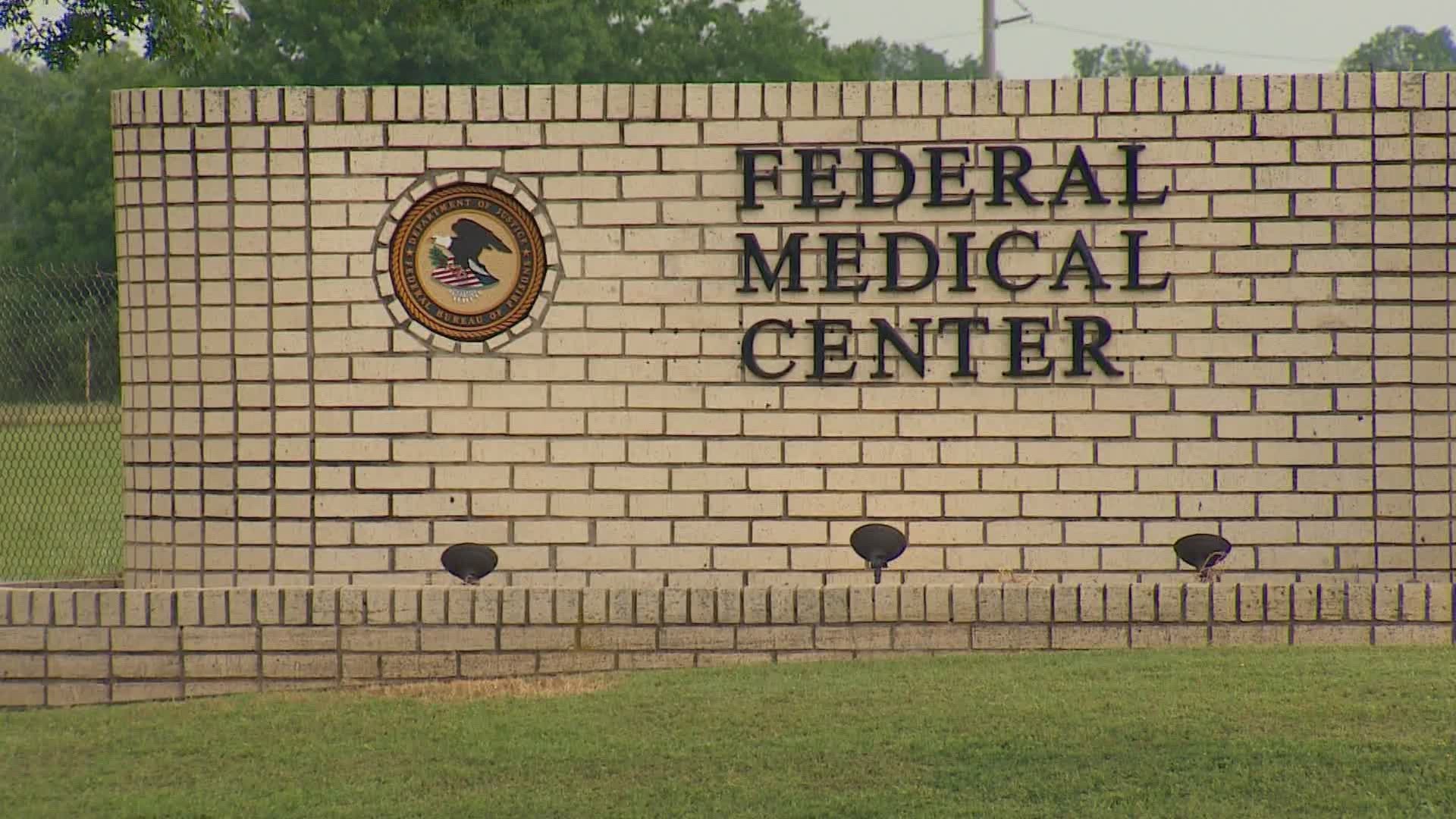 WASHINGTON — Michael Fleming never got to say goodbye to his father. He didn't know his dad was fading away on a ventilator, diagnosed with coronavirus at the federal prison where he was serving time for a drug charge.

His father, also named Michael, was held at FCI Terminal Island in Los Angeles and died April 19. At least half the population there has tested positive, the largest known hot spot in the federal prison system. But the first word the family received of the father's illness was the day he died, from a prison chaplain asking if the body should be cremated and where the ashes should be sent.

“They just left us all in the dark," Fleming said in an interview with The Associated Press. "We had to find out from the news what the actual cause of death was. It was kind of screwed up.”

The response from the federal Bureau of Prisons to the growing coronavirus crisis in prisons has raised alarm among advocates and lawmakers about whether the agency is doing enough to ensure the safety of the nearly 150,000 inmates serving time in federal facilities.

RELATED: Virginia Department of Corrections releasing inmates to the public after they test positive for coronavirus

RELATED: 'These guys are in a death trap.' | Families fear for inmates behind bars during COVID-19 pandemic

And even though officials have stressed infection and death rates inside prisons are lower compared with outside, new figures provided by the Bureau of Prisons show that out of 2,700 tests systemwide, nearly 2,000 have come back positive, strongly suggesting there are far more COVID-19 cases left uncovered.

At the same time, the Bureau of Prisons communication policies are leaving families in the dark about their loved ones’ potentially life-threatening condition.

The 59-year-old Fleming had been serving a 20-year sentence on a drug conspiracy charge. The Bureau of Prisons never notified Fleming’s family that he was taken to a hospital or when his condition declined.

“Not having the opportunity to say goodbye -- that would’ve been invaluable," the younger Fleming said. "We will never have that chance.”

Under the Bureau of Prisons policy, the agency is supposed to “promptly” notify the family of inmates who have serious illnesses. But the agency, which confirmed the family wasn't initially notified, has “discretion when making notifications,” according to a spokeswoman.

Prisons officials say they are doing the best they can under dire circumstances and following guidelines set by the Centers for Disease Control and Prevention.

“We are doing the right things to manage our population and to keep them as safe as possible at this time when we can’t provide that assurance to our average American free public that everyone is safe and secure right now with this pandemic,” said Kathy Hawk Sawyer, a senior adviser at the Bureau of Prisons who previously ran the agency twice.

As of Wednesday, 31 inmates, including Fleming, had died of the coronavirus at federal correctional facilities since late March. About 600 have recovered.

Prisons officials have daily calls with CDC officials, and CDC teams have visited several correctional facilities. As part of the plan to slow the spread of the coronavirus, officials have limited inmate movement, set up tents to increase bed space, isolated inmates at some prisons and identified others for possible home confinement.

The Justice Department obtained 20 ventilators for use at hospitals housing federal prisoners, Dr. Jeffrey Allen, the bureau’s medical director, said in an interview.

In the last week, the Bureau of Prisons has obtained more than 5,000 test kits and now has 20 rapid testing machines deployed at hot spot prisons to increase testing numbers, Allen said.

RELATED: Fort Worth inmate who had COVID-19 dies weeks after giving birth while on ventilator

He insisted that testing was in line with current CDC guidance and that officials are working daily to discover new strategies to slow the spread of the virus.

“A lot is yet unknown about how to limit its transmission in a correctional environment, and that’s why we’re collaborating with the CDC to try to identify that sort of data that can inform our management strategies going forward,” he said.

But at the Metropolitan Detention Center, a federal lockup in New York City housing 1,700 inmates, there were only nine nasal swab test kits late last month, according to a lawsuit filed on behalf of hundreds of inmates there. Just one inmate has been confirmed with coronavirus there, according to Bureau of Prisons statistics.

Deirdre D. von Dornum, attorney-in-charge of the Federal Defenders of New York in Brooklyn, said there was a reason.

“They are not testing anyone,” she said.

At the Metropolitan Correctional Center, the New York City jail where Jeffrey Epstein killed himself, inmate Guillermo Zegarra-Martinez told his attorney in an email that his cellmate tested positive for the coronavirus and was put in isolation for more than two weeks.

But Zegarra-Martinez was not tested even though he was shaking in his cell with a fever during nights while experiencing pain throughout his body in the week before his cellmate was taken out and the week after, the inmate wrote.

The sick inmate was taken out of the cell only “because he was coughing on the face of the guy” who took his temperature, Zegarra-Martinez said, according to his lawyer, Sabrina Shroff.

Advocates and even prison guards have been calling for reforms to head off outbreaks in a prison system plagued for years by violence, misconduct and staffing shortages. Nearly 350 staff members have tested positive.

Staff are sent around the country to pick up shifts, and union officials say the shortages are still so severe that officers are sometimes working 24 hours in a row. At a prison in Elkton, Ohio, where seven inmates have died, the governor called in the National Guard to help supplement medical staff.

Officers worry that the protective equipment they’ve been given isn’t adequate to protect them from daily contact with inmates, especially at facilities where dozens have tested positive.

But Hawk Sawyer said the Bureau of Prisons is prepared with an ample amount of personal protective equipment and supplies, including soap and disinfectant.

“We are creating and making the masks for the staff, as well as the shields and hand sanitizer and all kinds of things," she said.