Ohio governor Mike DeWine has recommended that no spectators attending all sporting events, including the pro, college and state level. 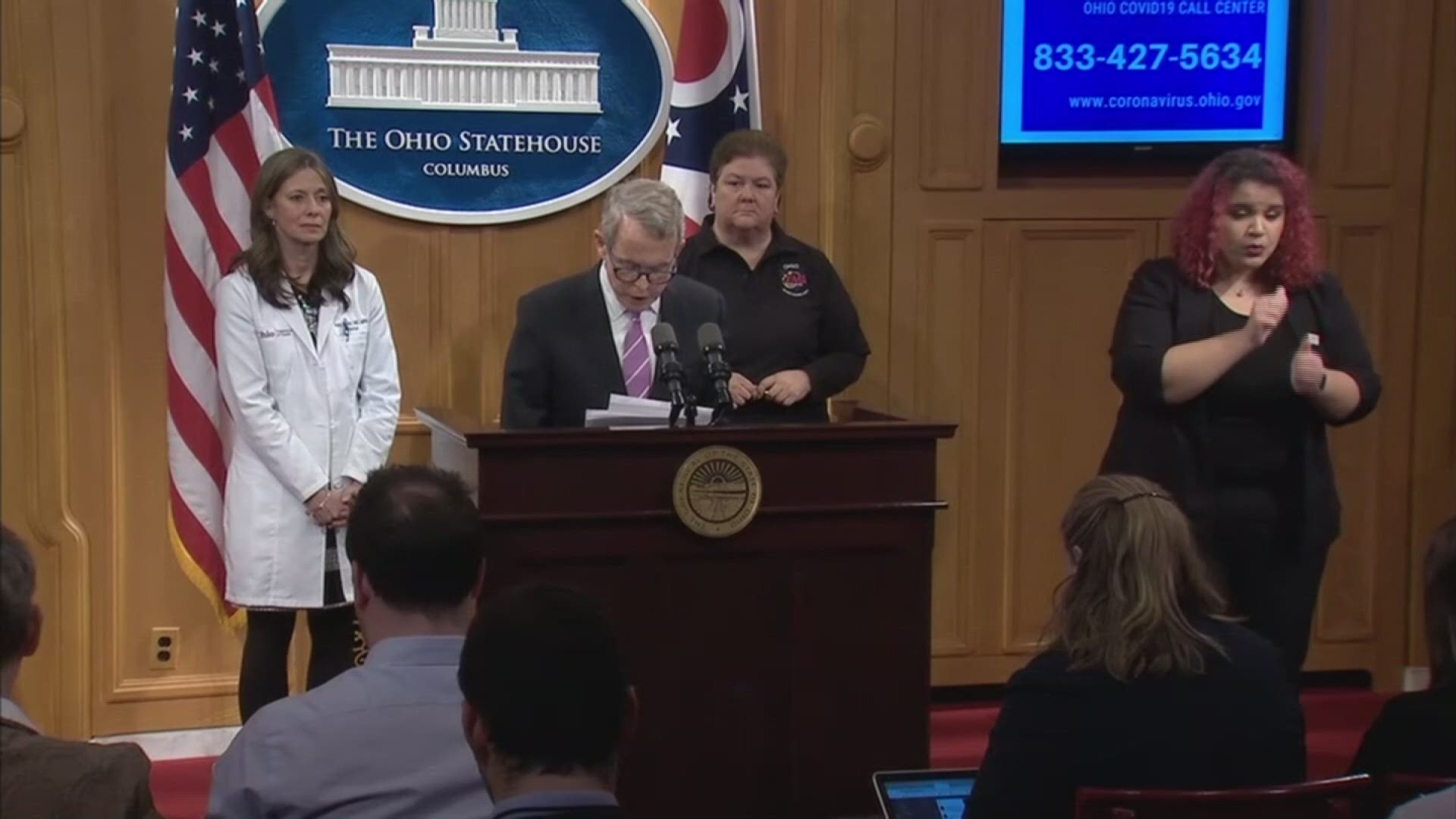 COLUMBUS, Ohio — As the sports world continues to deal with the fallout of the coronavirus (COVID-19), Ohio Governor Mike DeWine has made a significant recommendation.

At a press conference in Columbus on Tuesday, DeWine advised that spectators not attend any indoor sporting event. DeWine's recommendation extends to events at the high school, college and professional sports levels.

Should DeWine's advisement take effect, it could have a significant impact on Northeast Ohio. Beginning on Thursday, Cleveland's Rocket Mortgage FieldHouse is slated to host the Mid-American Tournament men's basketball tournament. Next week, Dayton will host the "First Four" of the NCAA Tournament, with Rocket Mortgage FieldHouse scheduled to host first and second-round games of the same tournament later in the week.

The Cavs' next home game is scheduled for March 24.

Shortly after DeWine's recommendation, the OHSAA announced that its state tournaments will continue with limited spectators in attendance. According to a press release, attendance will "most likely" be limited to no more than immediate family members of the participants.

The MAC has also barred the general public from attending the upcoming tournament games, only allowing families and other credentialed personnel inside. Meanwhile, the NCAA issued the following statement:

"The NCAA continues to assess how COVID-19 impacts the conduct of our tournaments and events. We are consulting with public health officials and our COVID-19 advisory panel, who are leading experts in epidemiology and public health, and will make decisions in the coming days."

Last week, the Arnold Schwarzenegger Sports Festival in Columbus canceled its expo and held its athletic competition with limited spectators.

On Monday, the first three positive cases of the coronavirus in Ohio were identified. All three cases came from residents of Cuyahoga County, including a married couple who attended a cruise on the Nile River and a person who attended a conference in Washington D.C.

The three patients, as well as multiple close contacts, have since been quarantined.

RELATED: Everything Mainers need to know about the coronavirus