Nearly half of COVID cases are non-white, UnityPoint Health finds

UnityPoint Health - Trinity tracked its COVID-19 patient cases by race and found a disproportionate rate of infection among Hispanics and African-Americans. 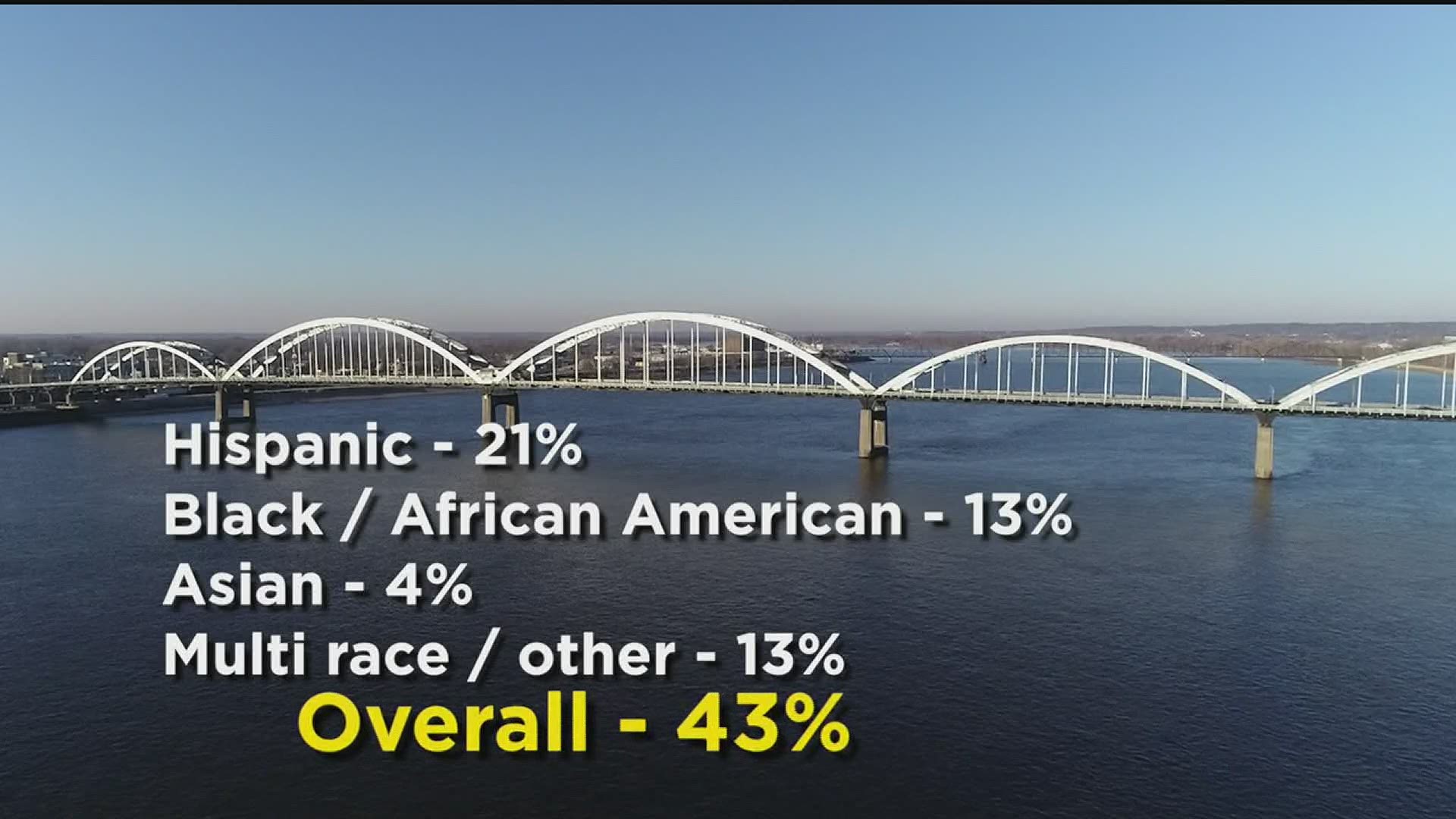 DAVENPORT, Iowa — "Same with the African American community, which represents about 7 percent of the Quad Cities community:  About 13 percent of the ones we’ve tested are positive."

While 85 percent of the Quad Cities residents are white, nearly half of all positive tests (43 percent) have come from non-white groups

"When you look at the African American, and the Hispanic community specifically, we know that the prevalence of diabetes, the prevalence of heart disease, and some of these other comorbidities are higher in those communities. And coupled with COVID-19, the impact of that can have serious health concerns."

He added that cultural customs, like the sharing of food, can also be a factor.

Collecting the data was one thing. With the findings, Joiner said the question was what could the hospital do about it.

"The covid care packages was an idea and funded by John Deere to look at what is the solution and how can we help getting on the prevention side of promoting health and wellness, a clean environment."

John Deere provided funding for 1000 covid care packages, packed with hygiene items like hand sanitizers, disinfectants, and toilet paper. Each package also contained educational material, including in other languages, to promote health and wellness and safety.

Davenport NAACP Board Member Shirleen Martin has seen the statistics wreak havoc in the African Amerian community. Members of the Davenport branch of the NAACP in recent weeks launched a health initiative in response to the COVID-19 pandemic, when the effects on its community became evident.

"One thing that we noticed is our numbers (of infections) are higher than our local population as far as in representation," Martin said.

"We have the poorest health care that’s given out there," she said of the black and Latino community.

She said education is key, "letting people know what the real facts are, what are the facts on how to be safe."

The black community once again bearing the brunt of racial inequality,

"We are dealing with this pandemic, and we are also dealing with a murder," she said, referring to killing of George Floyd in Minnesota by members of the police force. "How do you support that and in the same breath, stay healthy?"

"Our big message is to stay at home,' she said, but understood people wanting to go out and protest. "We need to wear masks. I look on tv, a lot of the protests, I see a lot of people that don’t have masks. We need to take the measures that are going to help us."

Joiner says the good news is, the infection rates have been higher amongst people of color, but the death rates have not.

"I think the positive thing here in the Quad Cities is we haven’t seen the same death rates that other communities have seen and I think that attributes to the fact that our hospital systems here locally are doing a phenomenal job and are well prepared to meet the need of the community.