The data is evidence of just how the coronavirus pandemic is devastating the US job market, and as a result, Americans' financial health. 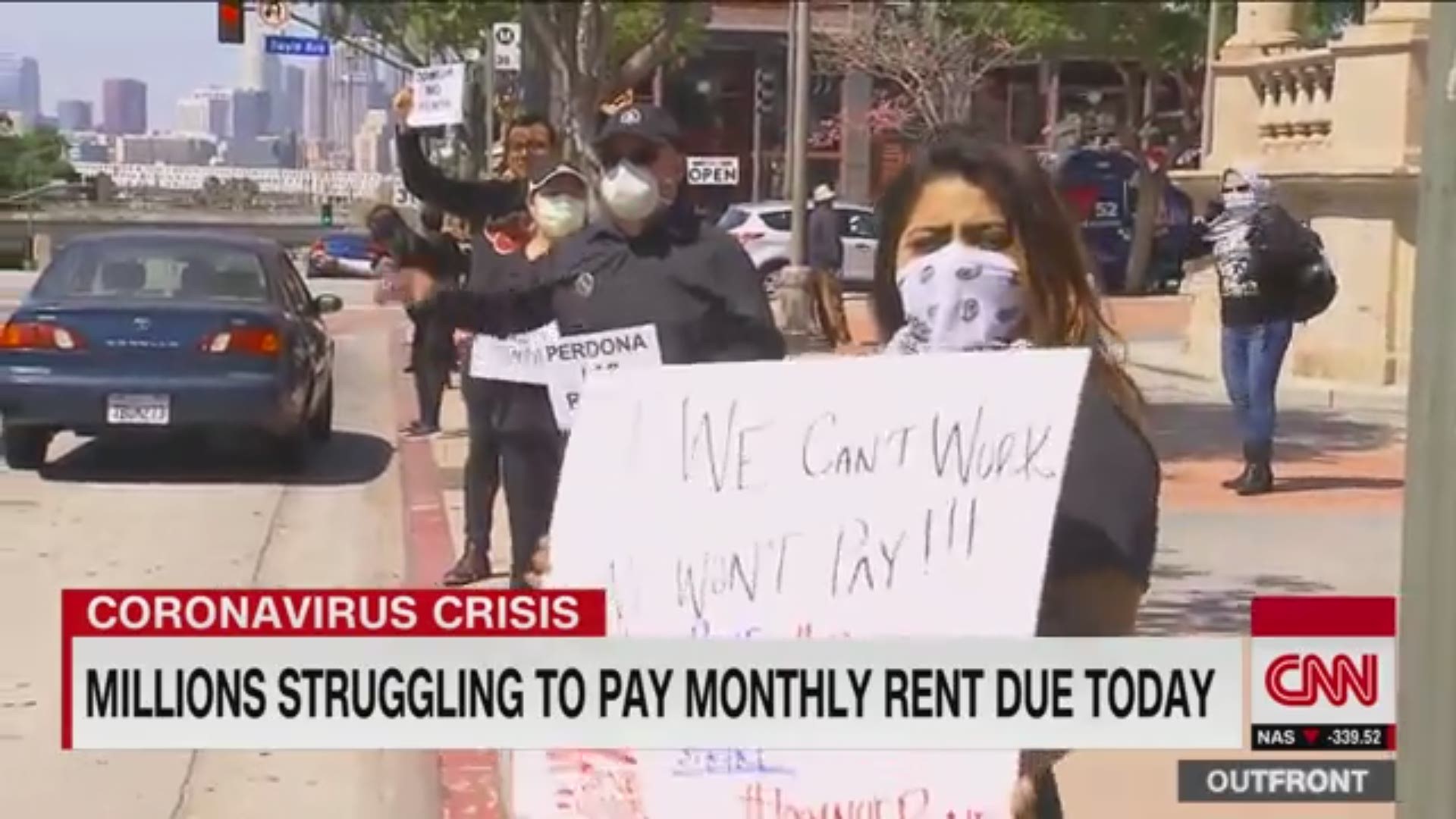 With nearly 10 million Americans filing for unemployment in March, April 1 was always going to be a difficult day for US renters.

Now we know just how difficult: Nearly a third of American renters didn't pay their rent this month.

That's according to data from the National Multifamily Housing Council, a trade association for the apartment industry.

And just last month, 81% of renters paid rent by March 5.

It's evidence of just how the coronavirus pandemic is devastating the US job market, and as a result, Americans' financial health.

The federal government's $2 trillion stimulus bill will pad some Americans' falls: Renters in federally subsidized affordable housing can receive aid, including a 120-day moratorium on evictions and late fees.

RELATED: Why some renters, homeowners may not have to make payments right now

RELATED: April 1, rent's due: Many struggle to pay in virus outbreak

But most rental properties are owned by private landlords and therefore aren't eligible, though some multifamily landlords with federally backed mortgages may receive a forbearance on their payments as long as they don't evict their tenants.

Ahead of the steep uptick in unemployment claims, at least half of states and dozens of cities temporarily halted evictions in March, but rent was still due. And while missing a payment may not immediately result in eviction, continuing to skip them would.

There are other avenues for aid, though. Solomon Greene, a senior fellow in housing policy at the Urban Institute, suggested that tenants alert their landlords to their inability to pay and seek out aid from nonprofits, or use their stimulus check included in the $2 trillion bill to cover some of their expenses.

And in other cases, strangers are footing bills. A CNN viewer surprised a guest on Erin Burnett OutFront by paying her rent. The guest, like millions of other service industry workers, had lost her job.