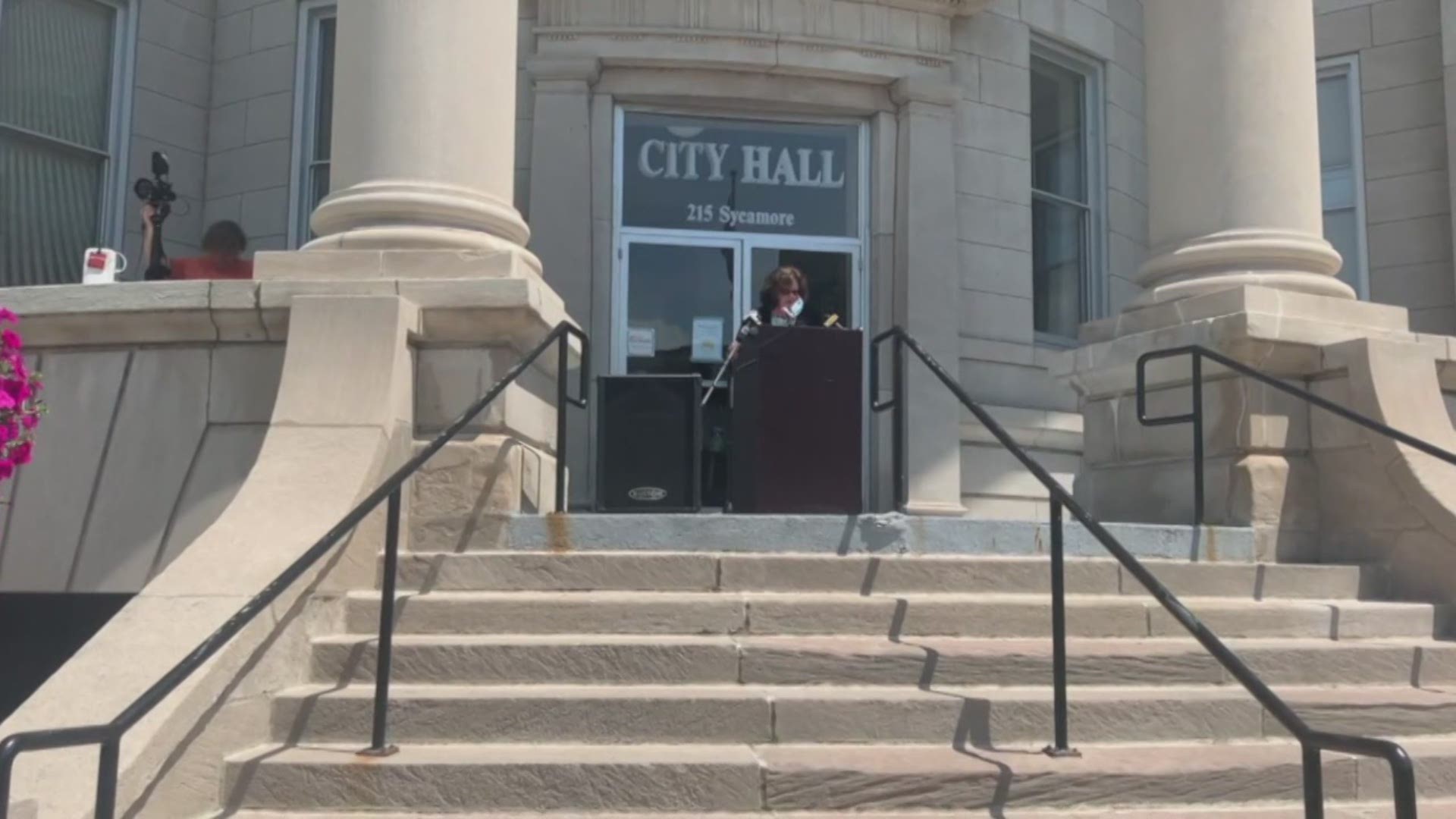 MUSCATINE, Iowa — Some council members say they're frustrated they weren't part of the Mayor of Muscatine's decision to implement a mask mandate to help prevent the spread of the coronavirus.

"The answer is the same one from all health professionals everywhere. We either don't go in public or we wear face coverings when we do," said Muscatine Mayor Diana Broderson on Sunday, July 5.

Council Member Nadine Brockert is frustrated she wasn't part of the decision.

"I don't agree with what she did. I understand why she did it but I don't agree," said the Fourth Ward Representative. "She had consulted with a couple of council members but I was not one of them."

Some council members strongly oppose the order and Brockert is calling it unwise.

"I for one think it's overreach since it's not something the governor has said it can be done," Brockert said.

According to council members, the mayor consulted the city attorney who gave her the go ahead to make the proclamation. The Iowa Attorney General issued his opinion, saying she doesn't have the authority to make this order.

Fifth Ward Representative John Jindrich says all he got was an email informing him of the directive.

"We have not met officially as a council," he said. "I do have trouble saying we need to do something when the governor of our state is saying we don't need to do."

Some members of the public aren't taking the announcement well, with frustrations boiling over in town.

"Some think that wearing masks is infringing upon their rights," said Brockert.

The next council meeting is on Thursday, July 9.