Cason Abbott, 11, is battling the illness in the ICU at Cook Children's in Fort Worth. 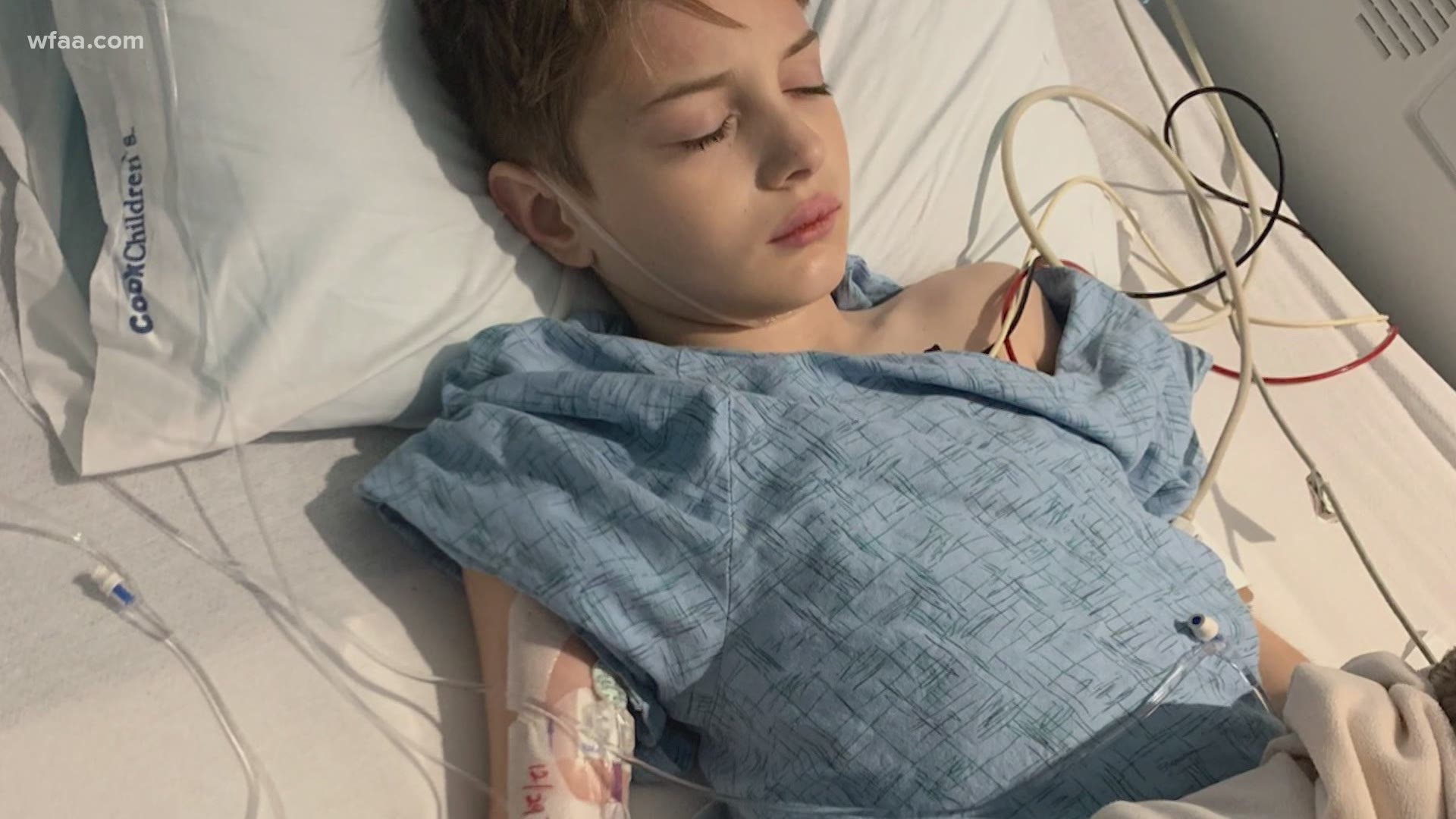 FORT WORTH, Texas — Cason Abbott, 11, of Abilene, is usually the picture of an active, healthy boy—a boy who loves baseball, hunting and playing with friends.

But this week, the pictures tell a much scarier story.

“The swelling,” his mother Angie Abbott said. “Right now, our main thing is making sure it doesn't get to his brain.”

Abbott spoke to WFAA Wednesday from Cook Children’s Medical Center in Fort Worth, where her son is being treated for Multisystem Inflammatory Syndrome, or MIS-C. It’s an illness marked by fever, gut pain, vomiting and more.

The CDC says “different body parts can become inflamed, including the heart, lungs, kidneys, brain” and more. The organization adds that they don’t yet know what causes the illness, “however, many children with MIS-C had the virus that causes COVID-19 or had been around someone with COVID-19.” It has been likened to Kawasaki disease.

MIS-C, Abbott says, is way worse than the COVID that caused it.

“He did not have to be admitted to the hospital with COVID, where he coded here yesterday and ended up in the ICU” with MIS-C," she said.

Cook Children’s says there are four MIS-C patients in their hospital right now. At the same time, they report 18% of the children they’re testing for COVID are coming back positive; it’s a record no one wanted.

“113 of them got transported to the hospital and the hospitals are already overcrowded,” said spokesman Matt Zavadsky, who added that 31% their calls that day were for COVID.

Back at Cook Children’s, Cason Abbott remains in the pediatric ICU.

“His hands and feet are so swollen, his face is so swollen. He has a rash,” Angie Abbott said.

Abbott hopes parents realize just because their kids recover from COVID might not mean they’re in the clear, and to learn the signs of MIS-C.

Now, she’s by her son’s bedside as he fights it.

Abbott is a single mother, unable to work while her child is hospitalized. If you’d like to help out, click here for their GoFundMe page.