The Niagara Falls Air Reserve Station and fighter jets out of Vermont gave a boost of encouragement to those in the grips of the coronavirus pandemic. 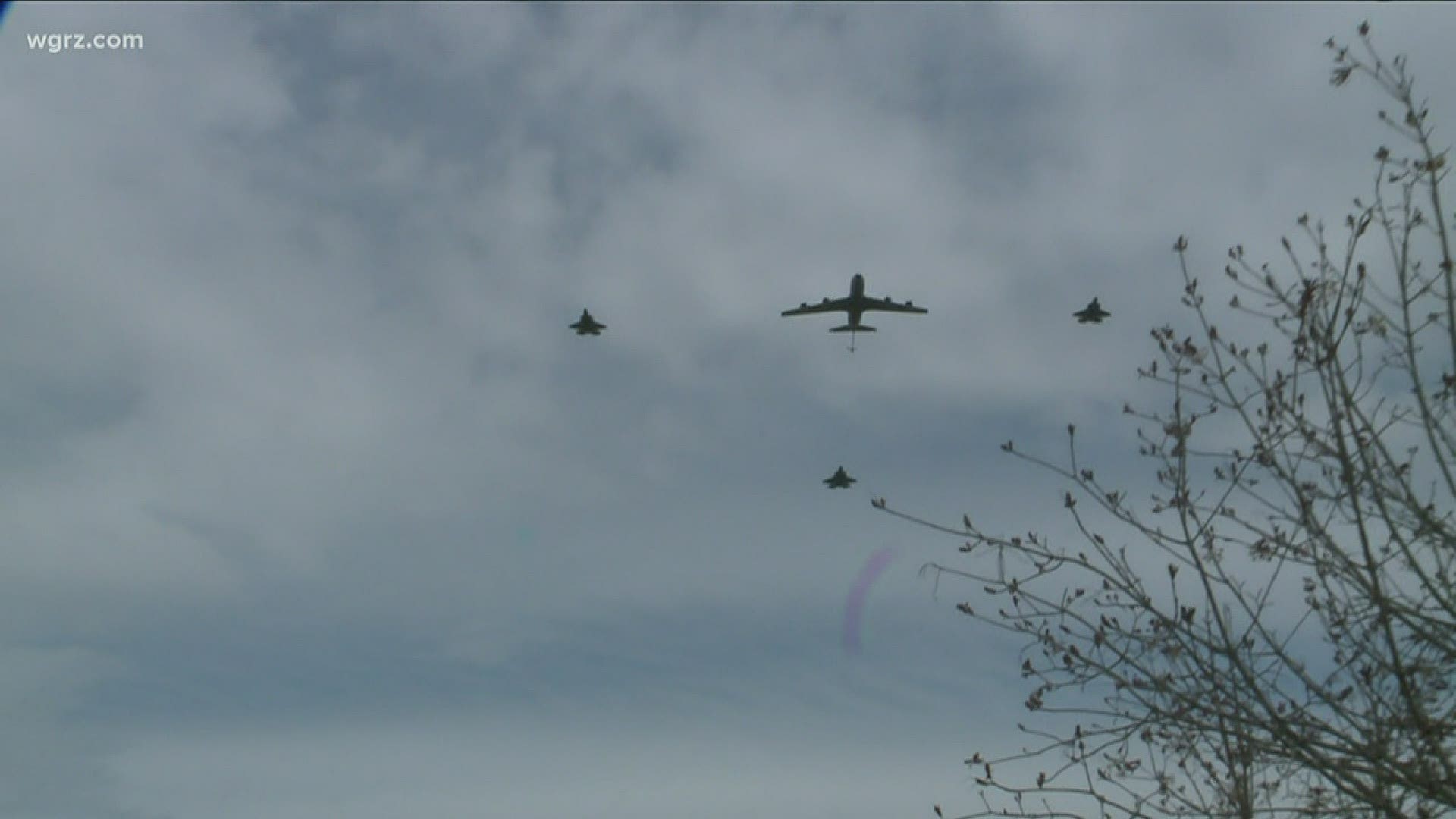 BUFFALO, N.Y. — The sound of the jet engines were loud and powerful – bringing a smile and cheer to those on the frontlines.

A single KC-135 from the 914th Air Refueling Wing out of the Niagara Falls air base and three F-35s from the Vermont Air National Guard, saluting healthcare workers, first responders and essential workers.

But the list doesn’t stop there – this flyover was for everyone and anyone who may have fallen on hard times as a result of the pandemic – hoping to bring some joy to their day.

“I have a lot of friends family members affected by this friends who have lost businesses I know a lot people in the healthcare field,” said Lt. Col. Ben Canetti, he and is co-pilot were in the KC-135 leading the flyer.

“It’s our way of paying back for everybody else and I know a lot of people are stuck in doors or in quarantine and there’s not a whole lot of things going on either it’s only going to be a split second that we’re over,” Canetti said.

The flyover came at the tail end of refueling training over Lake Ontario. And began over Eastern Niagara Hospital around 11:45 am, through Niagara County and over Mt. St. Mary’s Hospital, down through the Tonawandas over UB and over hospitals in the Buffalo area and then back up to the Falls.

The fighter jets traveled about 60 miles in just a half hour.

“I grew up in this town and I’ve deployed overseas more times than I can count and every time that we deploy the community is always there to support us,” Canetti said.

The big difference for pilots Tuesday, was being so low to the ground, about 1,000 feet in the air, usually they’re much higher up.

There was extensive coordination with the FAA and numerous agencies to pull this off. There are some of social media who have criticized the flyover as a waste of taxpayer funds, but the Niagara Military Affairs Council says traveling for just a half hour is not much cost. 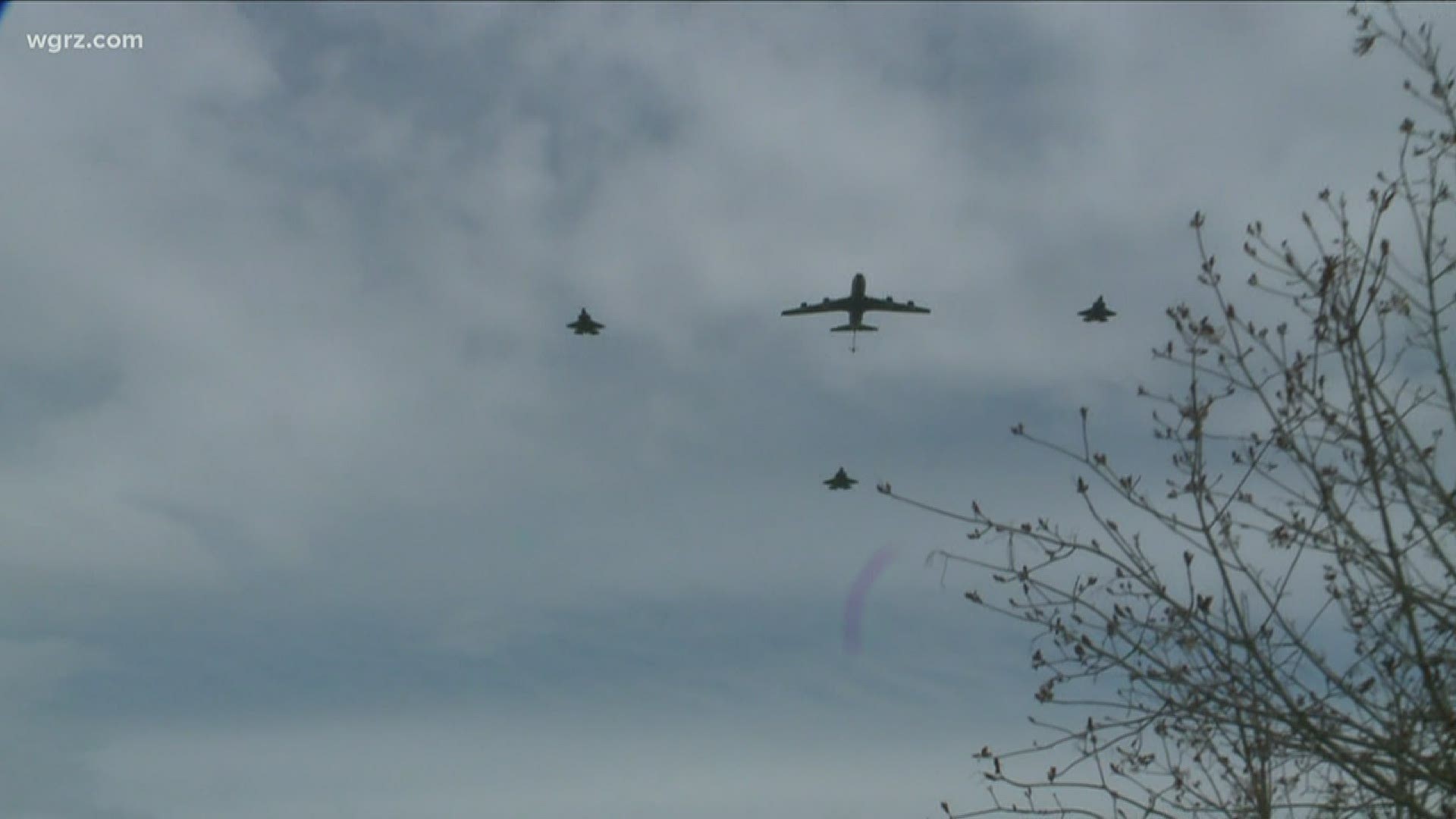 RELATED: Here's what it looked like in the cockpit of the Blue Angels NYC flyover