Unemployment rate falls to 13.3% as US adds 2.5 million jobs in May

The May job gain suggests that businesses have quickly been recalling workers as states have reopened their economies. 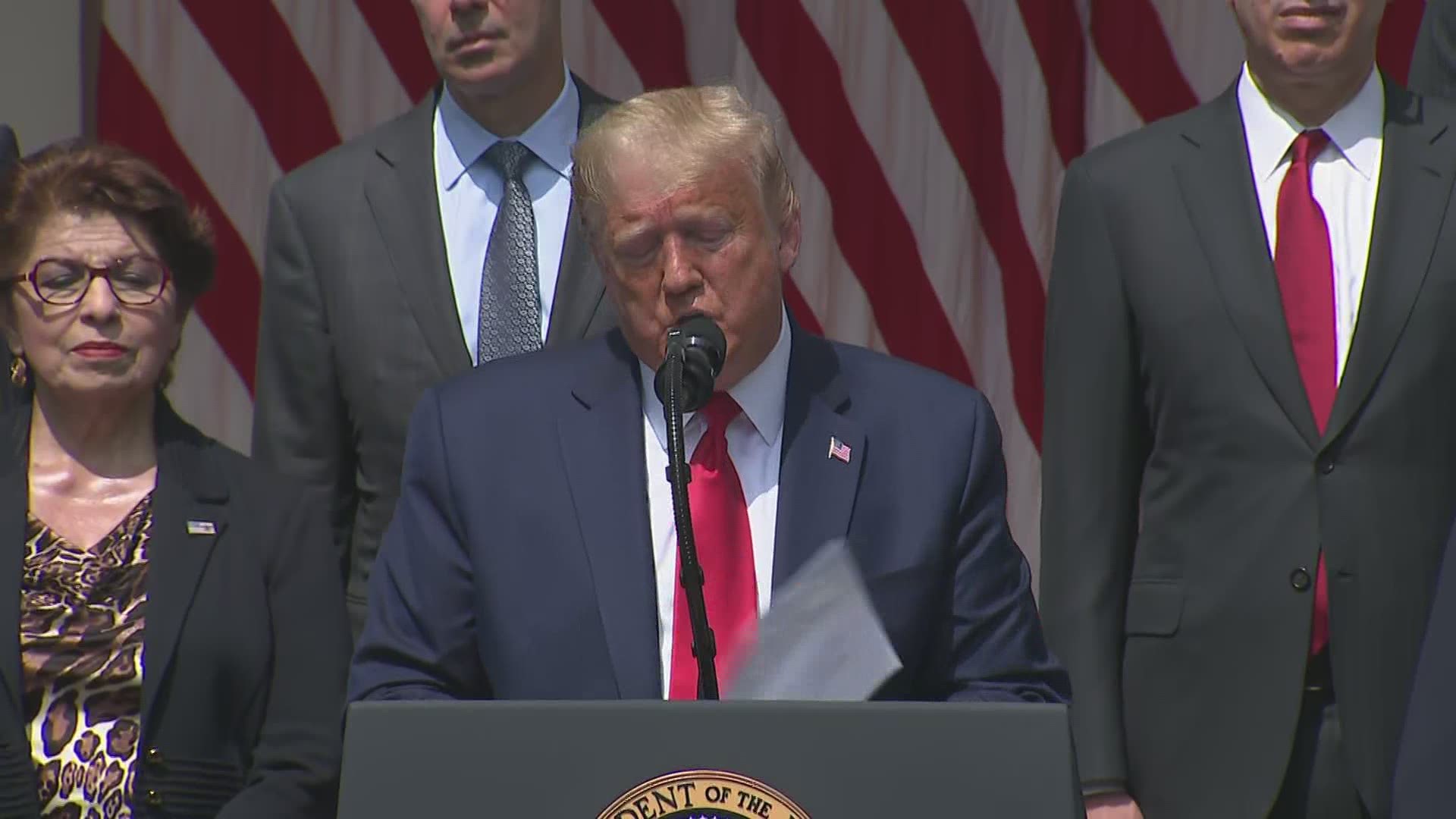 WASHINGTON — U.S. unemployment dropped unexpectedly in May to 13.3% as reopened businesses began recalling millions of workers faster than economists had predicted, triggering a rally Friday on Wall Street and giving President Donald Trump something to boast about amid his reelection bid.

The jobless rate is still on par with what the nation witnessed during the Great Depression. And for the second straight month, the Labor Department acknowledged making errors in counting the unemployed during the coronavirus outbreak, saying the real figure is even worse than the numbers indicate.

Still, after weeks of dire predictions by economists that unemployment in May could hit 20% or more, the news that the economy added a surprising 2.5 million jobs last month is evidence that the employment collapse most likely bottomed out in April, when the rate reached 14.7%.

Solid employment gains will probably continue through the end of the year, economists expect, but the job market is in such a deep hole that it could take years to dig out. The U.S. economy still has 20 million fewer jobs than it did in February. Oxford Economics, a consulting firm, forecasts that 60% of jobs could be regained by the end of this year, leaving unemployment in the 8%-to-10% range.

Most economists had expected rehiring to kick in this summer as shutdowns were increasingly lifted and people gradually resumed shopping and eating out.

“The surprising thing here is the timing and that it happened as quickly as it did,” said Adam Kamins, senior regional economist at Moody’s Analytics.

Economists warn that after an initial burst of hiring as businesses reopen, the recovery could slow in the fall or early next year unless most Americans are confident they can shop, travel, eat out and fully return to their other spending habits without fear of contracting the virus.

“We are witnessing the easiest phase of growth as people come off temporary layoffs and come back to their employers,” said Jason Furman, a Harvard economist and former top adviser in the Obama White House. who led the White House Council of Economic Advisers during the Obama presidency. “And once employers are done recalling people, the much harder, longer work of recovery will have to proceed.”

An exultant Trump seized on the report as evidence that the economy is going to come back from the coronavirus crisis like a “rocket ship.”

“This shows that what we’ve been doing is right,” said the president, who has pushed governors aggressively to reopen their economies amid warnings from public health officials that the country is risking a second wave of infections on top of the one that has killed over 100,000 Americans.

Overall, the federal government has provided about $3 trillion in emergency relief funds during the crisis.

House Speaker Nancy Pelosi says the May jobs report shows that more legislation is needed to help the economy recover during the coronavirus outbreak.

"With more than 100,000 Americans tragically dead, 21 million still out of work and state and local budgets collapsing, now is the worst possible moment to take our foot off the gas," Pelosi said in a statement Friday. “The coronavirus continues to spread without the testing and tracing to contain it."

Nearly all industries added jobs last month, a sharp reversal from April, when almost all cut them. Hotels and restaurants added 1.2 million jobs in May, after shedding 7.5 million. Retailers gained 368,000, after losing nearly 2.3 million in the previous month. Construction companies added 464,000 after cutting 995,000.

The crisis has also exposed wide disparities that may have contributed to the unrest set off in many U.S. cities by the death last week of George Floyd: While the unemployment rate for white Americans was 12.4% in May, it was 17.6% for Hispanics and 16.8% for African-Americans.

So far, some reopened companies are seeing only a limited number of customers.

Jacob Liou, 26, is back at work as a kitchen manager and sous chef at a Chattanooga, Tennessee, restaurant. It is allowed to seat up to 50% of its former capacity but rarely reaches that.

Scott Grondin and Jorge Sanchez, owners of a gym in Miami, are preparing to reopen Monday after closing down three months ago. Making money in the coming months could be tough.

About 25% of members have canceled their memberships. Classes will be smaller to accommodate social distancing. The gym has dropped prices. And not everyone is ready to return.

“Some will say, ‘I want to wait one week,’ some will want to wait a month,” Grondin said “They want to make sure we have the proper plans.” 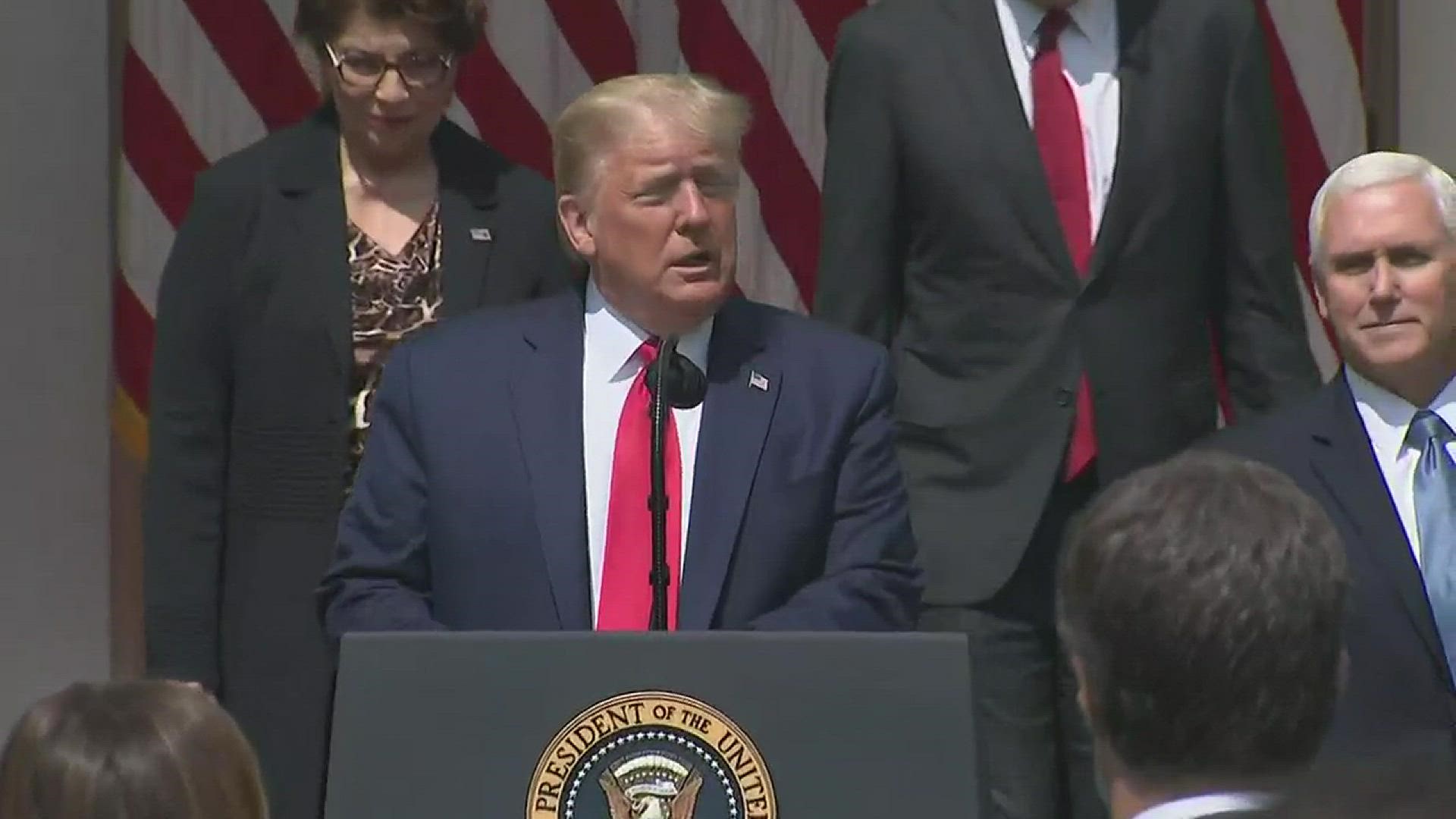 Gwyneth Duesbery, 22, returned this week to her job as a restaurant hostess in Grand Rapids, Michigan, as Bowdie’s Chop House prepares to reopen with tables 6 feet apart and seating capacity reduced to about one-quarter.

“I am concerned that it will expose me to potential diseases, and expose others, no matter the precautions that we take,” she said. “It’s kind of uncharted waters.”

There are other signs the economy is steadily recovering, even in hard-hit industries. American Airlines said it will fly 55% of its U.S. routes in July, up from 20% in May. And the Cheesecake Factory said one-quarter of its nearly 300 restaurants have reopened, though with limited capacity.

Some economists worry, however, that the longer the economy struggles, the more permanent damage may occur. Movie theater chain AMC, for example, said Wednesday it may not survive.

Kamins and other economists credit the government's small-business lending effort, the Paycheck Protection Program, with encouraging employers to rehire.

But Kamins worries that May's job gains will discourage members of Congress from extending other safety net programs, such as the extra $600 a week in unemployment benefits, which is set to expire July 31. A sudden cut-off could reduce consumer demand and slow the recovery, he said.

The United States has suffered far worse job losses than other countries. European and some Asian nations have set up programs to subsidize employees’ wages and keep them employed.

A study released this week found that while the U.S. shed about 15% of its jobs from January to April, the loss in countries such as Germany, South Korea, Australia and Israel was roughly 4% or lower.

Friday’s report showed that the government continues to struggle with how it classifies millions of out-of-work Americans. The Labor Department admitted that government household survey-takers mistakenly counted about 4.9 million temporarily laid-off people as employed.

The government doesn’t correct its survey results for fear that will look like political manipulation.

Had the mistake been corrected, the unemployment rate would have risen to 16.1% in May, while the corrected April figure would have been 19.5%, rather than 14.7%. Taken together, the two corrected numbers show that the overall trend still holds: Unemployment is going down.