The adult daughters of Lunisol Guzman will raise their adopted siblings Zavion, 4, and Jazzmyn, 2, after Lunisol died of COVID-19. 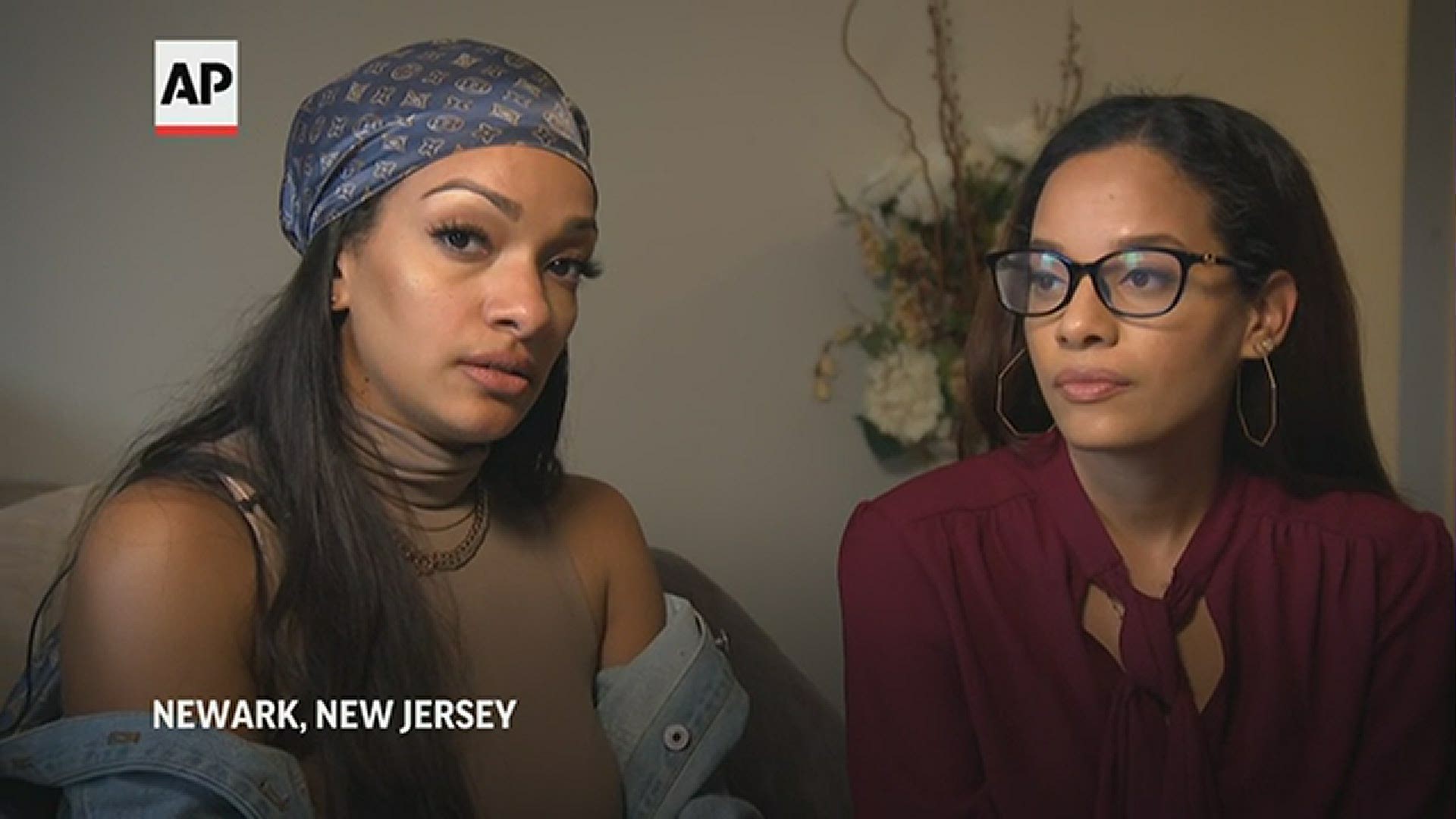 NEWARK, New Jersey — Lunisol Guzman was a warm, big-hearted woman. As a single mother, she raised three children; in her late 40s, she adopted two more.

Then, tragedy. Guzman died of COVID-19, and her 4-year-old boy and 2-year-old girl were motherless.

But they would not be left alone. Guzman’s adult daughters — 32-year-old Katherine and 28-year-old Jennifer — have stepped up to raise the children their mother embraced in middle age.

“It’s a curse because we lost our mom, but it’s a blessing overall,” Katherine said. “We gained two little angels.”

They never considered any other option than to raise the two little ones themselves.

“These kids are our family,” Katherine said. “For us it was a no-brainer.”

Their mother was born in the Dominican Republic and moved to New Jersey in her early 20s, For the 11 years prior to the pandemic, she drove a campus shuttle bus at Montclair State University, where a vice president lauded her as “diligent and soft-spoken.”

Four years ago, Lunisol decided at age 46 to become foster mother to a baby boy. She adopted that boy, Zavion, two years later. And after his birth mother had another child, she adopted that baby girl, Jazzmyn, as well, so the two siblings could grow up together.

What prompted Lunisol to adopt in her late 40s? Katherine suggested that her mother was motivated by a traumatic event as a young adult, when a difficult pregnancy ended with emergency surgery that saved her life but not that of the baby boy she was carrying.

“She always felt there was something missing,” Katherine said. “So one day she actually did adopt — she was providing a home for a little boy in need.”

Last year Lunisol got married in Newark, New Jersey. Her husband, Ismael Lugo, was one year her junior, had two children of his own, and became stepfather to all five of Lunisol’s children, with a 30-year span between the oldest and youngest.

Not a classic nuclear family, but a loving one – though all too soon they had to cope with a double loss. Ismael died of COVID-19 on April 11, and Lunisol, after six weeks in the hospital, died May 7.

Katherine and Jennifer had long wanted to have children, though the timing was never right. Now they quickly sought joint custody of Zavion and Jazzmyn.

Zavion mostly lives with Jennifer and her husband in Newark, and Jazzmyn mostly with Katherine and her boyfriend in nearby Elizabeth. It’s a short drive between the homes, and the sisters meet often so the children can play together.

Revisiting the loss of their mother can bring Katherine and Jennifer to the verge of tears, but their new role raising their siblings-by-adoption gives them strength.

“It’s because of them that we’ve kept it together thus far,” Katherine said. “We wake up in the morning and it’s Zavion and Jazzmyn, and they’re relying on us.”

“We’re not going to let them forget her,” Katherine said. “They’re going to know what our mother did for them.”

While nonstop news about the effects of the coronavirus has become commonplace, so, too, have tales of kindness. “One Good Thing” is a series of AP stories focusing on glimmers of joy and benevolence in a dark time. Read the series here: https://apnews.com/OneGoodThing

Associated Press religion coverage receives support from the Lilly Endowment through the Religion News Foundation. The AP is solely responsible for this content.