List: Northeast Ohio institutions, locations, & events that have been closed or restricted due to coronavirus threat

Kent State and Case Western are among the local colleges moving most or all classes online. 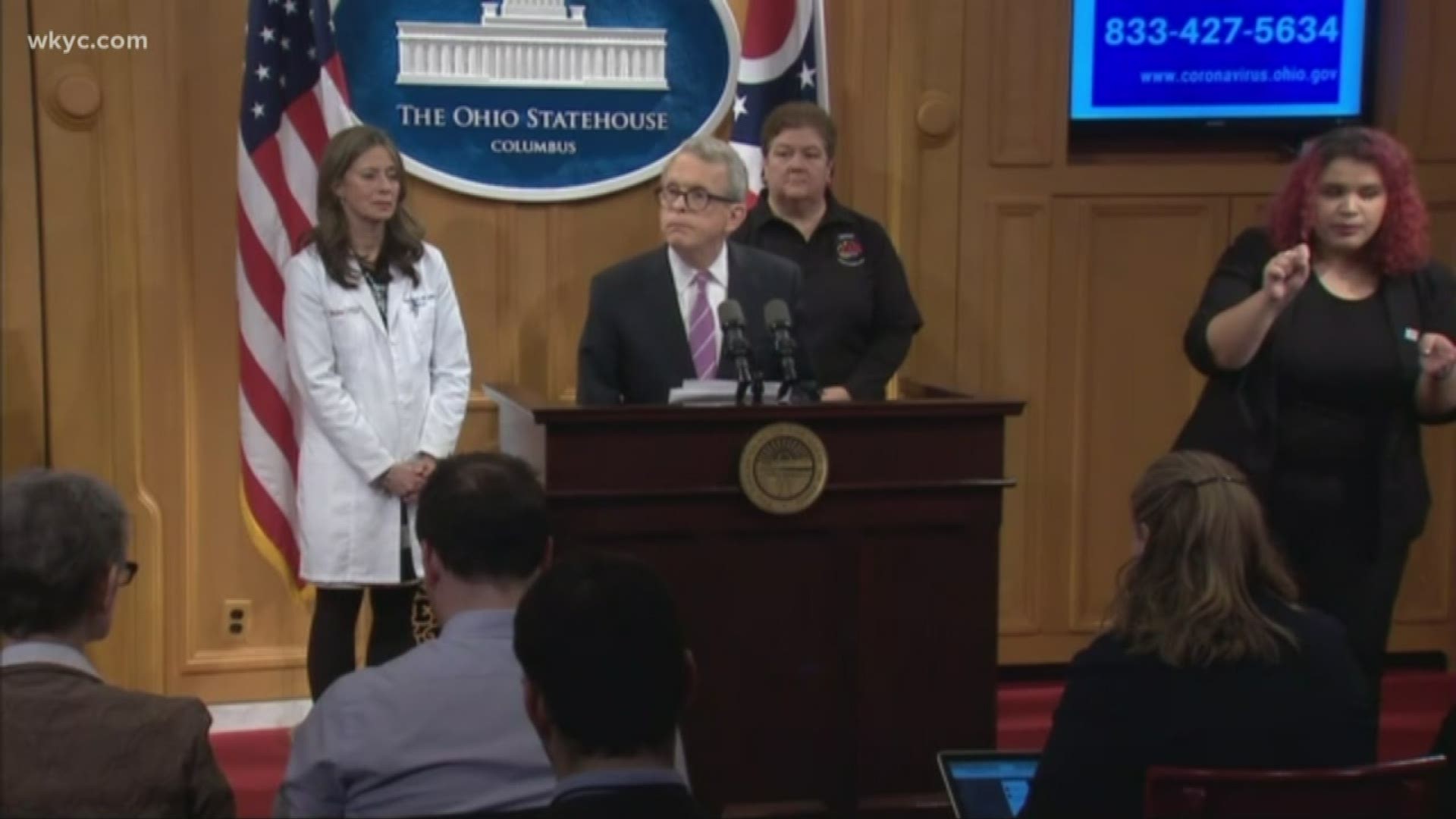 CLEVELAND — Ohio. Gov. Mike DeWine has recommended all colleges and universities in the state go to remote online classes until the spread of the coronavirus can be contained.

DeWine also said these schools should intensely screen their students and ban all sponsored international travel. K-12 schools are still in session through the end of the week, but will be given a three-week spring break starting Monday.

Multiple schools have already heeded DeWine's warnings, while some have taken things a step further. Here's a list of what we know from local districts, colleges, and other locations (this list will be updated):

Universities that have moved classes online or canceled them

Baldwin Wallace University - All classes canceled through March 20; all classes will resume online until at least April 13

John Carroll University - All classes will be online through at least April 13; students in residence halls must leave by March 14, barring a few exceptions

Malone University - All classes online through at least April 13

Miami University - Face-to-face instruction will be suspended starting on March 11; courses will be delivered by remote instruction through at least April 12

Notre Dame College - All classes canceled through March 29, will resume online only after that; residence halls will remain open to students

Oberlin College - Classes will end for spring break on March 18, two days earlier than originally scheduled; all classes will be online after break ends through the end of the semester

University of Akron - All classes canceled until March 30; all classes will be online for the remainder of spring semester when spring break ends.

University of Mount Union - All classes canceled March 16-17, will resume online only through at least April 3

University of Toledo - Classes canceled March 16-17; online classes only until at least March 30; all events with expected attendance of 100 or more are canceled; all travel (domestic and international) is suspended for the rest of the fiscal year

Castaway Bay - Closed through the end of March

Cavaliers - All NBA games are suspended at least 30 days

Cleveland Orchestra - Performances scheduled for March 12, 13 and 14 have been canceled.

CornHole Mania at Huntington Convention Center - Will be closed off to fans.

Cuyahoga County Common Pleas Court - All jury trials suspended "unless a person’s Constitutional right to a speedy trial is at stake;" several pre-trials and portions of jury reporting will be conducted by telephone

I-X Center's Piston Powered Auto-Rama - Canceled. Here's how to get a refund.

NCAA - Men's Division I Basketball Tournament canceled; some first & second round games were scheduled for Cleveland

Parma Water Summit - Postponed from its scheduled date of March 12. Will be rescheduled at a later date.

Rock and Roll Hall of Fame and Museum - Closed from March 14-March 27.

Tri-C Breakfast of Champions - Canceled from its scheduled date of March 20.

Wolstein Center - Events through April 5 either postponed or canceled, including Sesame Street Live

Women in History Luncheon JRC in Canton - Postponed from its scheduled date of March 12.