Many high-profile Republicans have since tested positive for COVID-19 since attending the Supreme Court nomination ceremony for Amy Coney Barrett. 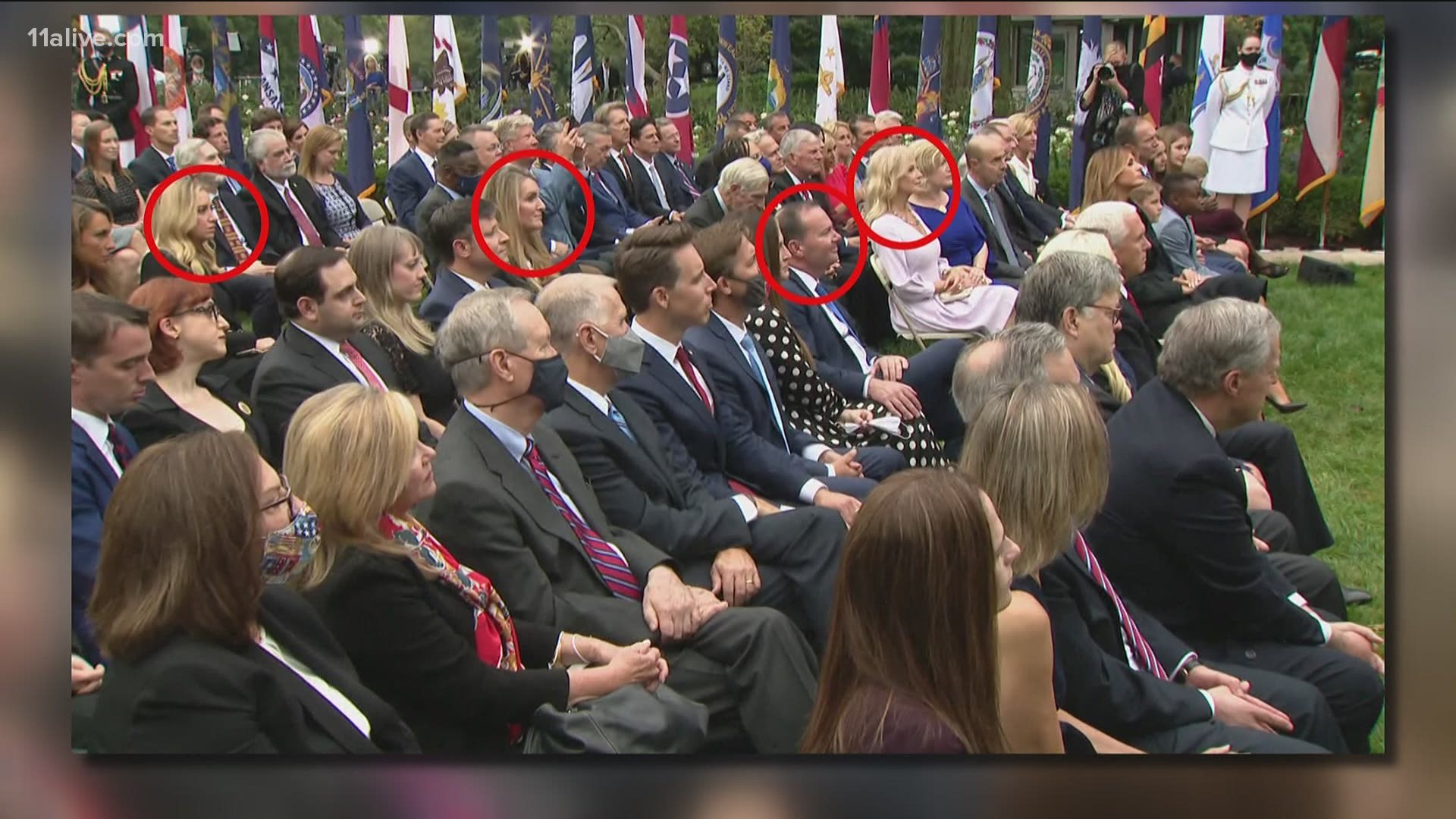 ATLANTA — President Trump's return home comes after days of scrutiny about the state of his health and a growing outbreak of cases among people who have been in close contact with him.

Last week before he announced his positive test, his schedule was packed with crowded campaign events and the first presidential debate.

One White House ceremony is now under the spotlight for just how many prominent Republicans have tested positive for COVID-19.

Two high-profile Georgians were also at that ceremony, which some experts fear could now be classified as a "super-spreader" event, but have not tested positive.

Sen. Kelly Loeffler talked with 11Alive last Friday, hours after the president announced his positive test, and said she had tested negative that day. And Pastor Jentezen Franklin of Gainesville's Free Chapel church tweeted a video Saturday showing the results of his negative test.

Both came into close contact at the Rose Garden ceremony with people who have since tested positive.

At that event, Sen. Loeffler sat maskless with Sen. Lee in front of her, McEnany behind her, and Conway across the aisle - all three without also without a mask.

Photos taken inside the White House also showed Loeffler with the president and first lady, all without masks.

But experts say the more risky time that day was at the reception indoors, where transmission of the virus tends to happen.

Gatherings where guests are maskless and in tight quarters can be a recipe for “super spreader” events, research shows. https://t.co/3QDMAl9bIl pic.twitter.com/zj7VRCHavm

In an Associated Press photo showing the tight rose garden crowd, you can see Pastor Franklin behind University of Notre Dame President Rev. John Jenkins, who has tested positive.

Franklin also tweeted photos from a separate event the same day, just feet away with Pastor Greg Laurie of California, who confirmed on Monday he had tested positive for COVID-19. At the Rose Garden ceremony, Laurie sat in front of Christie.

11Alive requested interviews with both Loeffler and Franklin, but neither accepted. It's not clear if either are quarantining, as the CDC recommends after close exposure to someone known to have tested positive for COVID-19.