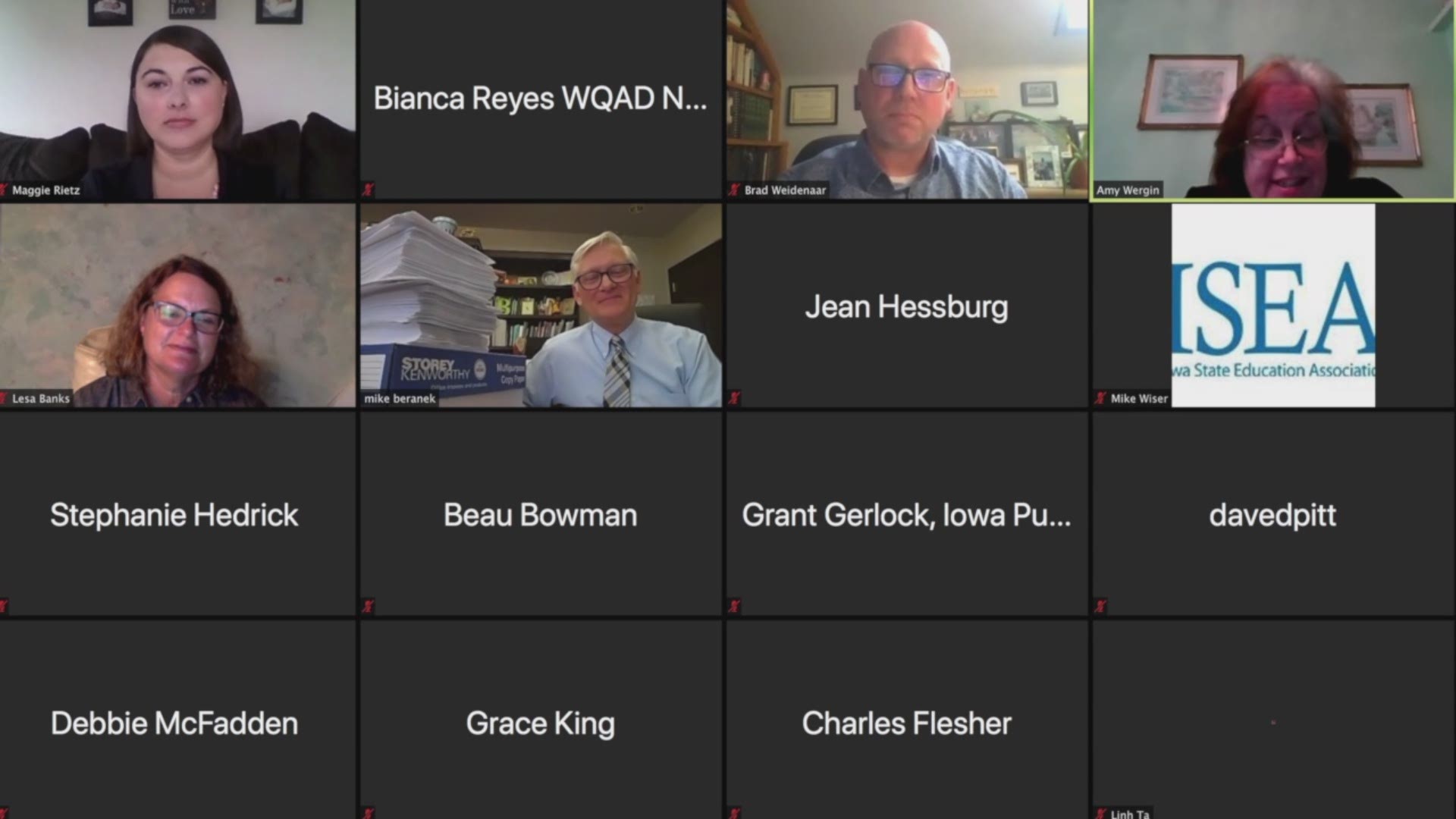 "Governor Reynolds was flat out wrong with her proclamation," said Mike Beranek, President of the Iowa State Education Association.

"In just over ten days, more than 36,000 individuals signed on to the petition," said Beranek.

According to the National Education Association, a potential 25% of school staff will not return in the fall.

"This proclamation destroyed any sense of safety that I had in returning to school," said teacher Maggie Reitz.

Reitz is a Language Arts teacher at Davenport West High School. She said a return to in-person learning this fall is impractical.

"In a large urban school district like ours, even with 50% of students in attendance, there is really no way for students to be six feet apart from each other in many classrooms," Reitz said.

Reitz said the proclamation does not keep everyone safe when it forces teachers and staff to be at school everyday.

Brad Weidenaar, an instructional coach at Marshalltown High School, said the mandate is a "one-size-fits-all" approach that is bound to fail.

"I would like to hear her say that she would go back to allow local control," said Weidenaar. "At some point, buildings and districts will have to make the call, 'We have too many sick teachers, we can’t teach your kids'."