According to a data error, a positive result following an original negative test is being reported on the earlier date. 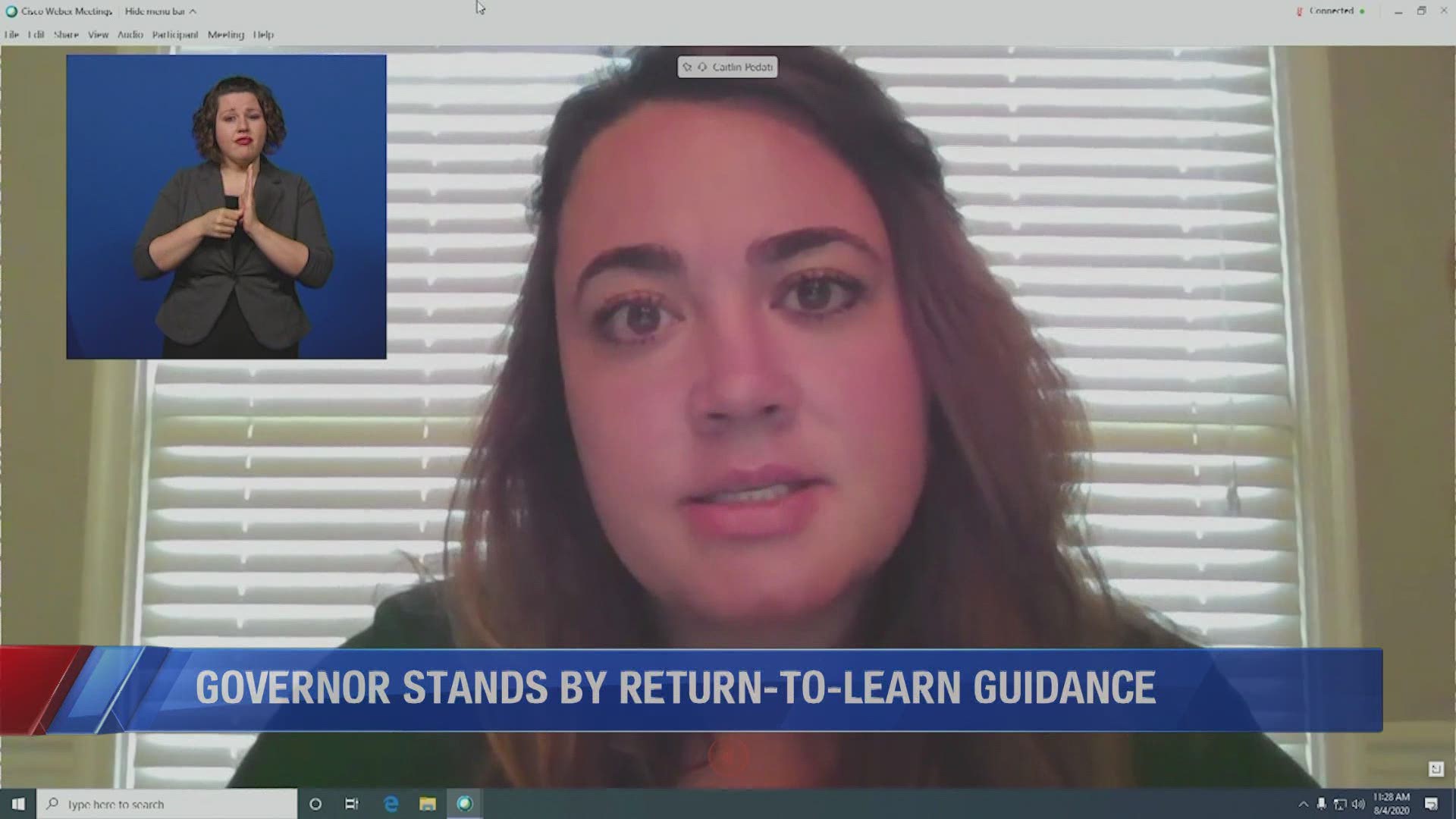 IOWA CITY, Iowa — A state agency says it is working to fix a data error on Iowa's coronavirus website that lowers the number of new confirmed cases and therefore downplays the severity of the current outbreak, just as schools are deciding whether to reopen.

The glitch means the Iowa Department of Public Health has inadvertently been reporting fewer new infections and a smaller percentage of daily positive tests than is truly the case, according to Dana Jones, an Iowa City nurse practitioner who uncovered the problem. It's particularly significant because school districts are relying on state data to determine whether they will offer in-person instruction when school resumes in the coming days and weeks.

Potentially thousands of coronavirus infections from recent weeks and months have instead been erroneously recorded as having happened in March, April, May and June, Jones said Monday.

"It's just horrifying. We have no idea what's going on, really," said Jones.

The numbers are skewed because some people tested negative earlier but recently tested positive. Iowa's system has been recording their new positive results as having happened when their original negative results were reported.

"It's one of the worst data errors that could be happening right now," said Megan Srinivas, an infectious disease physician in Fort Dodge, Iowa. "We are making these policy calls based on completely flawed numbers and that needs to be acknowledged."

She said the situation means Iowa's prevalence of infection and the pandemic's current trajectory is worse than people realize.

An Iowa Department of Public Health official confirmed the glitch in an email to Jones Friday. He said a system-generated date when test results are reported to the state stays the same when an individual later tests positive.

"We recognize this is a problem and have been working on logic to handle it," wrote Rob Ramaekers, the lead epidemiologist in the department's surveillance unit.

He added: "A similar situation is happening with the percent positive calculation. We have raised the issue and are actively working on fixing it."

But the state has yet to publicly announce the error.

Amy McCoy, a spokeswoman for the public health department, told the Associated Press that she hoped to have more information about the issue soon.

RELATED: COVID-19 in Iowa by the numbers: Testing, cases and deaths

Iowa's overall number of more than 52,600 who have tested positive since March is not affected — a per capita rate that is 17th highest among states and the highest in the Midwest, according to Johns Hopkins University. But the current curve looks flatter than it should and the recent rates of positive tests are lower than they should be, Jones said.

School districts are relying on a 14-day positivity rate calculated by the state to determine whether they should reopen classrooms to students and teachers. Gov. Kim Reynolds has ordered schools to provide at least 50% in-person instruction as long as the local positivity rate is below 15% — a threshold three to five times higher than many public health experts say is safe.

So far, only a handful of districts meet that threshold.

Many districts had been considering starting the year with only virtual classes because of safety concerns tied to the pandemic, but the new mandate has encouraged them to adopt hybrid plans in which students attend in-person classes part-time. Some districts have pushed back their start dates to early September and are still deciding how to proceed.

Mike Beranek, the president of the Iowa State Education Association, a union representing teachers, said Monday that school districts should put their reopening decisions on hold until the data is fully corrected.

Jones tracked the case counts released by the state daily, and was baffled in recent weeks when cases from March, April and other earlier dates were routinely added without explanation. She believes thousands of cases may have been wrongly dated.

The number of reported coronavirus deaths in Iowa stood at 979 on Monday, and could exceed 1,000 this week. The number of coronavirus patients hospitalized statewide, 283, is at its highest level since June 5.

Eli Perencevich, a top infectious disease researcher at the University of Iowa, said the state's target for reopening schools is dangerously high to begin with, and the data errors only make the situation worse. He said the state's case count was already artificially low because it excludes the results of antigen tests that some local hospitals use.

"There are a lot of small things like this that are adding up to huge things, where we are massively underestimating the cases in the state," he said.

"Both of those should be announced and corrected and cleared up immediately."