British Prime Minister Boris Johnson was diagnosed over two weeks ago, becoming the first world leader confirmed to have coronavirus. 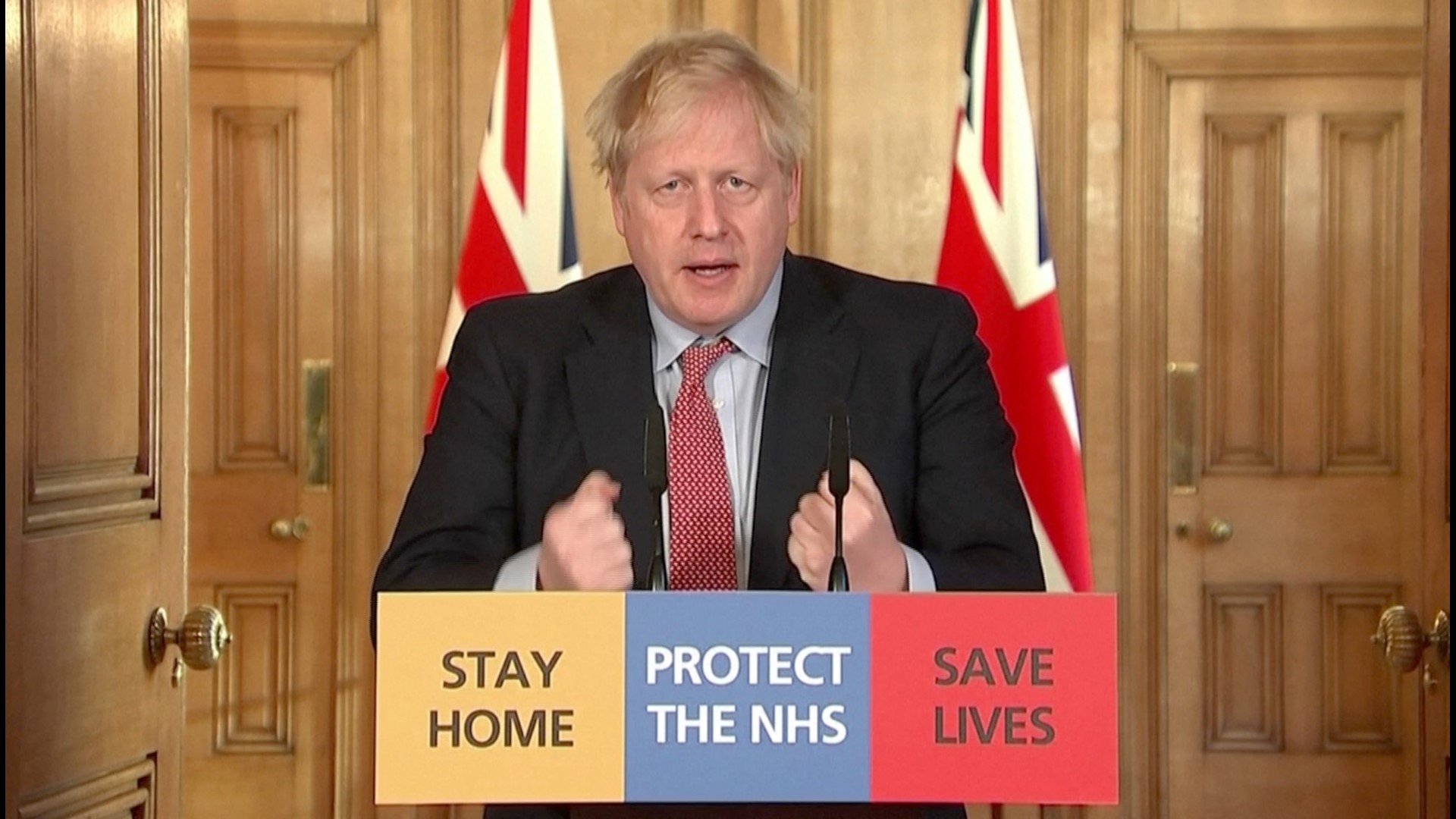 British Prime Minister Boris Johnson said he owes his life to the National Health Service staff who treated him for COVID-19, ahead of figures Sunday in which the U.K. is expected to surpass 10,000 coronavirus-related deaths.

Johnson has been discharged from a London hospital where he was treated in intensive care for the new coronavirus.

“I can’t thank them enough," Johnson said in his first public statement since he was moved out of intensive care Thursday night at St. Thomas’ Hospital in London. "I owe them my life.”

Johnson, 55, was diagnosed over two weeks ago, becoming the first world leader confirmed to have the illness. His coronavirus symptoms at first were said to have been mild, including a cough and a fever, and he was working from home during the first few days.

Johnson’s office says he left St. Thomas’ Hospital and will continue his recovery at Chequers, the prime minister’s country house.

He will not immediately return to work.

Johnson has been in the hospital for a week and spent three nights in the ICU.

But he was admitted to St. Thomas’ on April 5 after his condition worsened and he was transferred the following day to its intensive care unit, where he received oxygen but was not put onto a ventilator. He spent three nights there before moving back to a regular hospital ward.

While he convalesces, Johnson has asked Foreign Secretary Dominic Raab to handle the nation's response to the pandemic that has infected at least 1.78 million worldwide and killed 109,000 people. Experts say those numbers seriously understate the impact of the pandemic, due to limited testing and different ways of counting the dead.

Johnson's Conservative government has come under fire for its slow response to confronting the pandemic, as well as a lack of personal protective equipment for medical workers and the slow rollout of a coronavirus testing program. One senior medical official lacerated the government for not acting quickly enough.

Britain has been ineffective lockdown since March 23 and the government is set to extend the restrictions sometime next week.

Figures later Sunday are expected to show that over 10,000 people in the U.K. have died after testing positive for coronavirus. That would make Britain the fourth European country after Italy, Spain and France to reach that grim milestone, even with its limited testing.

On Saturday, Britain reported 917 new coronavirus-related deaths, taking the total number of people who have died in the hospital with the virus to 9,875.

Credit: AP
FILE - In this file photo dated Tuesday, March 17, 2020, Britain's Chancellor Rishi Sunak, left, and Prime Minister Boris Johnson arrive for a press briefing about the ongoing situation with the COVID-19 coronavirus outbreak, inside 10 Downing Street in London. With British Prime Minister Boris Johnson hospitalized and in intensive care Wednesday April 8, 2020, after contracting the new coronavirus, Sunak is among key players in Johnson's Cabinet who will be directing Britain's response to the highly contagious COVID-19 coronavirus, while their leader is being treated. (AP Photo/Matt Dunham, FILE)

With Britain's death toll increasing at such a rapid daily pace, and the virus death tolls in Italy and Spain on a downward slope, there are growing fears that the U.K. will end up being the country with the most virus deaths in Europe. The continent has had almost 74,000 reported coronavirus deaths.

Britain's business secretary, Alok Sharma, refused to be drawn in on whether the U.K. will end up with the highest death toll in Europe.

“We are at different trajectories,” he said told the BBC. “We are starting to see these measures work.”