Warning: This video could be disturbing to some viewers. More than 900 people have died in Westchester County, and Yonkers, its largest city, is a new hot spot. 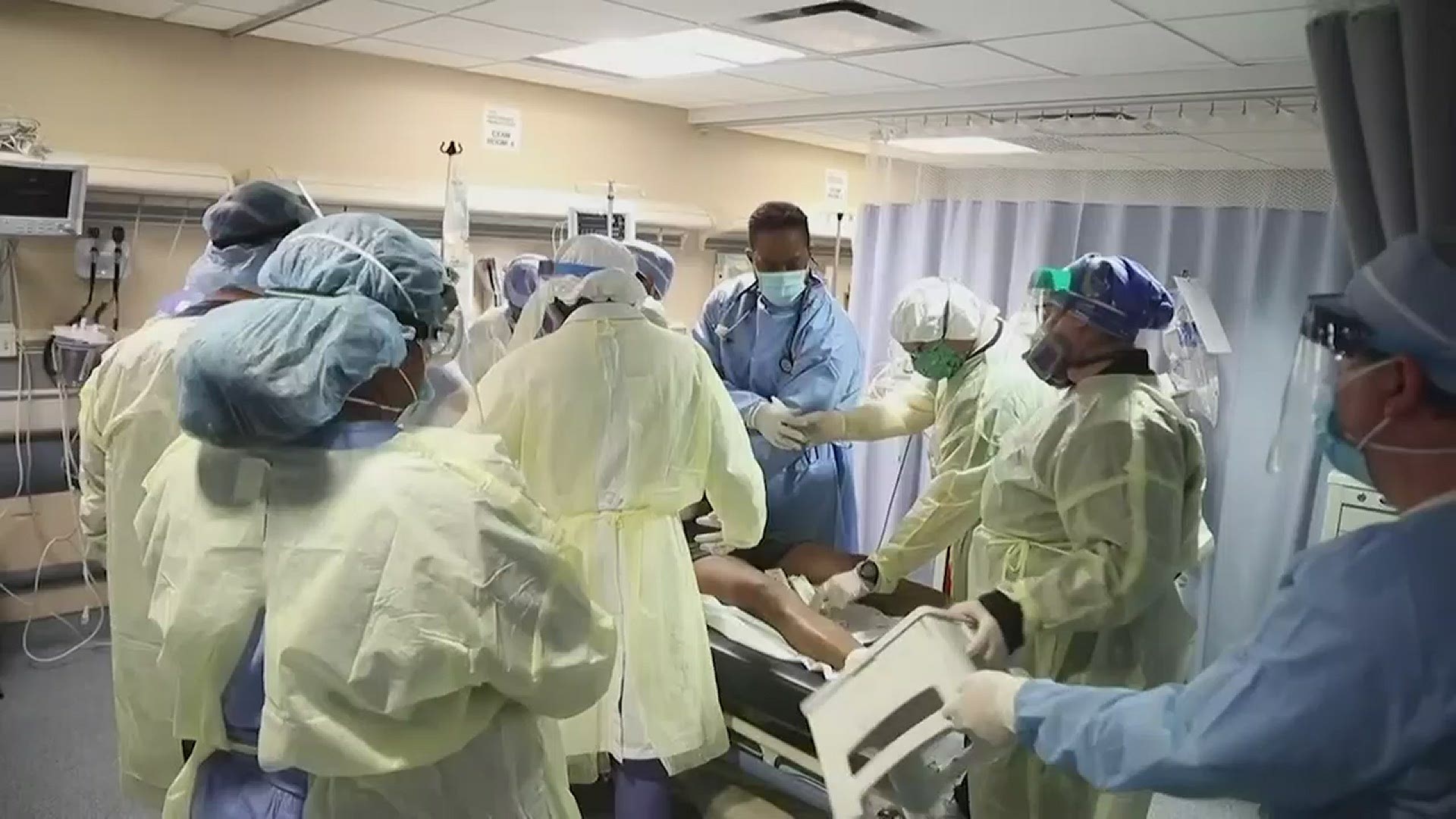 YONKERS, N.Y. — Be advised, the video above may contain scenes that could be disturbing and graphic.

A Yonkers hospital, which sits near the border with the Bronx and serves one of the poorest sections of Westchester County's largest city, has been besieged by the new coronavirus. Half of the approximately 280 staff members who were tested for the disease were positive — with another 25 to 30 still awaiting results, according to Dean Civitello, the vice president for human resources.

A doctor furiously pushes down on a man's chest as five other staff in full protective gear surround the patient's bed.

Suddenly, one throws up his arms and steps backward.

"OK, move! Everybody move!" are the instructions.

Moments after they back away, the patient's heart is shocked, his arm spasms and he shakes on the bed. Soon after, he is placed on a ventilator. He has been saved — for now.

Many more at Saint Joseph's Medical Center have not.

That scene on Monday, April 20, is just a glimpse at what it's been like for those on the front line of the coronavirus pandemic.

"It's been a nightmare. We have a volume of sick people like you can't believe. In one shift, I pronounced six people dead," said Dr. Anthony Leno, the hospital's director of emergency medicine, who on average pronounces one dead in a 10-12 hour shift.

The emergency, at one point earlier in the pandemic, had 28 patients waiting to be treated and ambulances lined up outside with more.

More than 900 people have died in Westchester, which had an early outbreak in neighboring New Rochelle in March before Yonkers became a hot spot.

At Saint Joseph's, coronavirus-related symptoms accounted for more than 85% of all admissions for a period of nearly four weeks from March 20 to April 19.

Officials at the hospital knew the pandemic was going to hit them hard, since COVID-19 has proved particularly punishing for the largely minority population that makes up a significant portion of southwest Yonkers.

Fewer patients are coming to Saint Joseph's now. The staff is hopeful that the worst is over, but there is also the fear that people will rush too quickly back to their lives — potentially triggering another flurry of infections.

"You just have to go on," said Dr. Leno. "It catches up with you at the end of the day. It catches up to everyone, but in the heat of the battle you just got to go forward."