Gov. DeSantis said during a news conference that the median age for positive patients across Florida has fallen into the mid-to-upper 30s. 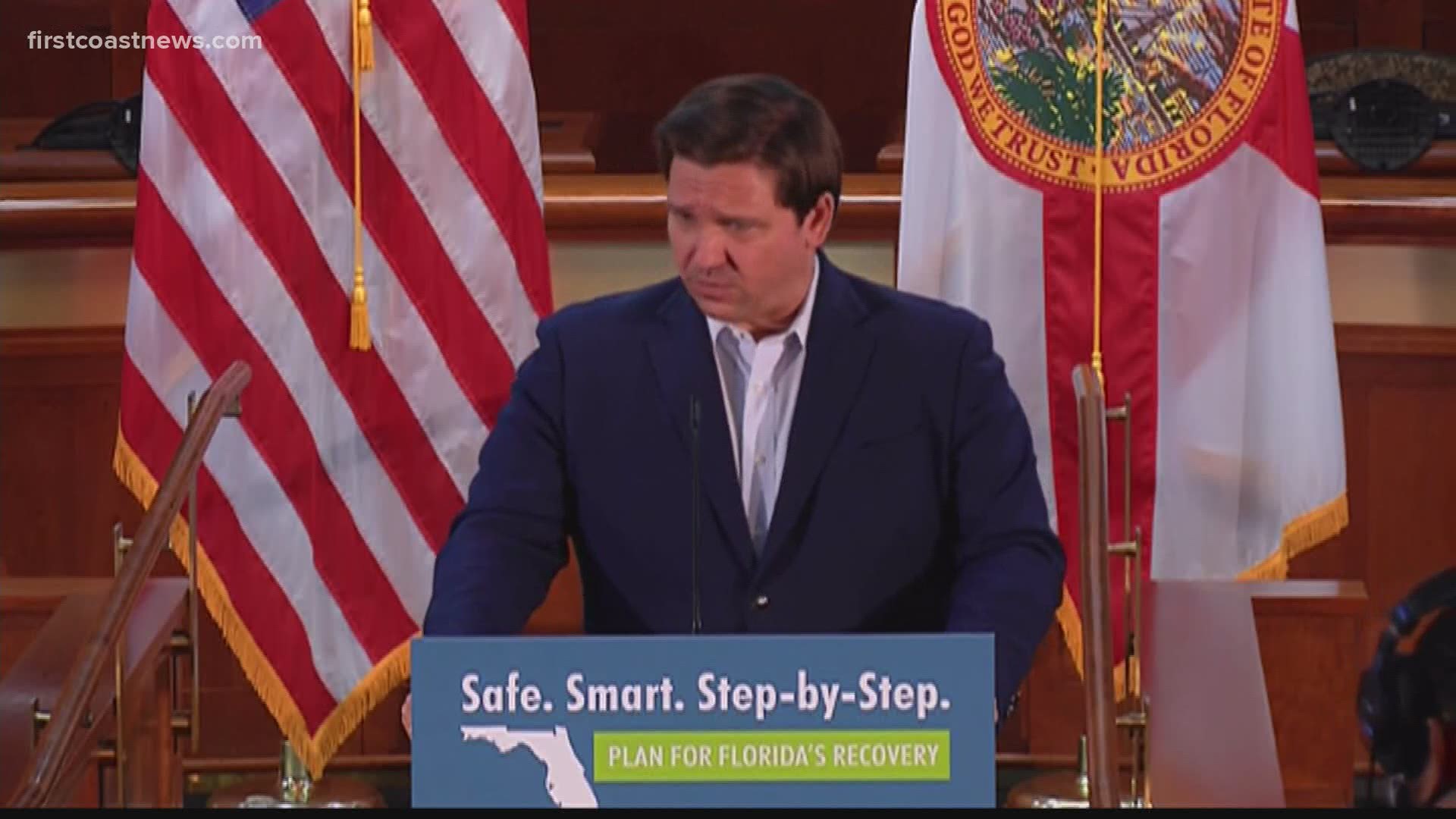 TALLAHASSEE, Fla. — Florida Gov. Ron DeSantis said Saturday the median age for people testing positive for COVID-19 in Duval county is 29 years old and cited more aggressive testing as a reason for record-high numbers of cases across the state.

DeSantis said during a news conference that the median age for positive patients across Florida has fallen into the mid-to-upper 30s, which is down from the senior-aged population at the start of the pandemic. DeSantis called the recent trend of COVID-19 positivity among the younger population "concerning."

He also noted that more positive tests can be the result of more aggressive testing.

The governor said that near the start of the pandemic people who showed symptoms of being sick or who recently returned from heavily coronavirus-impacted areas were allowed to get tested. Those who were not showing, he said. However, the governor said testing has since expanded so that almost anyone can get a test, resulting in more confirmed cases.

Although officials are finding more younger people are testing positive, DeSantis said it doesn't yet crunch the hospital system as it had with older people falling, and the state's hospital system is able to handle an increased caseload.

"The state is really in a good spot to handle these eventualities," DeSantis said.

While announcing no new changes to the state's Phase Two reopening plan, the governor further encouraged people to follow the guidelines from the Centers for Disease Control and Prevention: socially distance from other people and if that is not possible, wear a face covering.

"We really want to send a message on doubling down on what we've been preaching ... in terms of the social distancing," DeSantis said.

The Flordia Department of Health reported another jump in the number of confirmed coronavirus cases in the state Saturday morning.

A  total of 4,049 new confirmed COVID-19 cases in the state, according to the FDOH. It is now the largest single-day spike in positive case reports since tracking began.

There are now a total of 93,797 cases reported throughout the state. Additionally, the state is now reporting a positivity rate of over 12-percent in the state. Over the last two weeks, the percentage has fluctuated between 3-percent and 12-percent.