Fewer people were tested this past week than the week before, and the state on Wednesday logged its highest daily caseload. 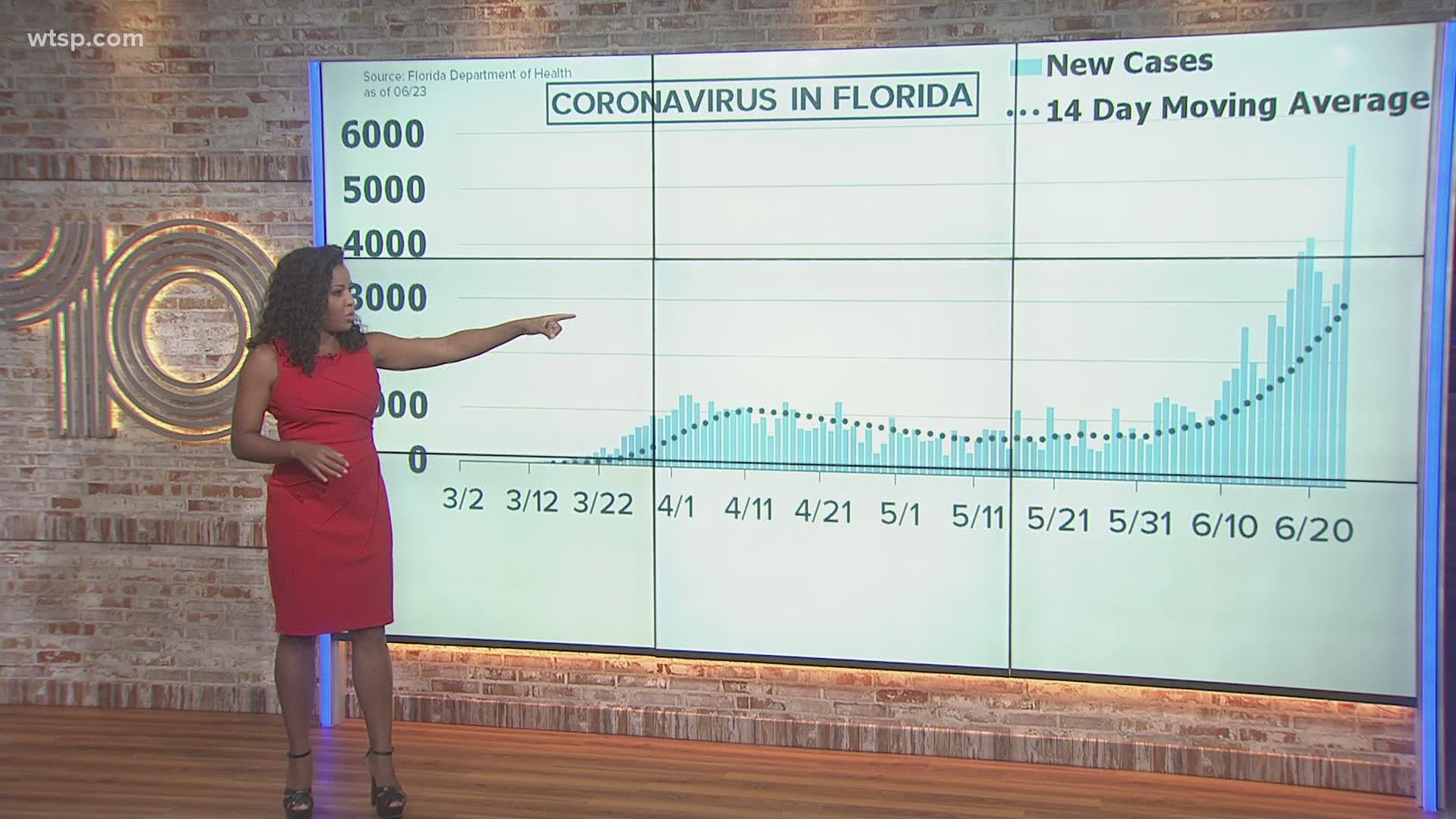 ST. PETERSBURG, Fla. — There are more COVID-19 tests being performed now than ever throughout the pandemic -- and that's a good thing, but it may be worrisome Florida's testing slowed recently as positive cases rapidly increased.

With 25,397 fewer people tested week-over-week, it represents about a 9-percent drop.

During the same June 9-16 period, Florida reported 15,205 new cases of COVID-19 among residents and non-residents, per Florida Health. A total of 23,397 new cases were reported in the most recent week.

That is a 54-percent increase in cases week-over-week.

This trend was noticed Wednesday by The COVID Tracking Project.

While The COVID Tracking Project's dataset is slightly different than the one compiled by 10 Tampa Bay, the conclusion remains the same.

In Florida, its rising cases "have nothing to do with expanded testing" because there were fewer tests done week-over-week, The COVID Tracking Project said. Compared to a state like California, for example, rising cases week-over-week largely appear to be captured by a corresponding increase in testing.

Again, not so in Florida.

Gov. Ron DeSantis last week largely attributed the rise in COVID-19 cases to aggressive testing within high-risk populations, such as nursing homes, prisons, and agricultural communities. But that messaging changed into the weekend as he laid into the younger population as contributing to COVID-19 spread and noted the median age of cases fell into the 30s.

Wednesday was the first time the state reported more than 5,000 new cases in a single day and the sixth time the number topped 3,000 cases. The state also reported the percent positivity rate for new cases at 15.91 percent.

Local infectious disease experts say Florida needs to increase its testing dramatically to properly capture how much of the virus is out there and how to limit its spread.

"Absolutely more testing. We don't want to slow down the testing at all. We want to make sure we're detecting all of the cases that are potentially out there, which includes people who may be asymptomatic but exposed," said Dr. Janice Zgibor with the University of South Florida Public Health.