Iowa Governor Kim Reynolds is ending the additional $300 in federal unemployment for Iowans. 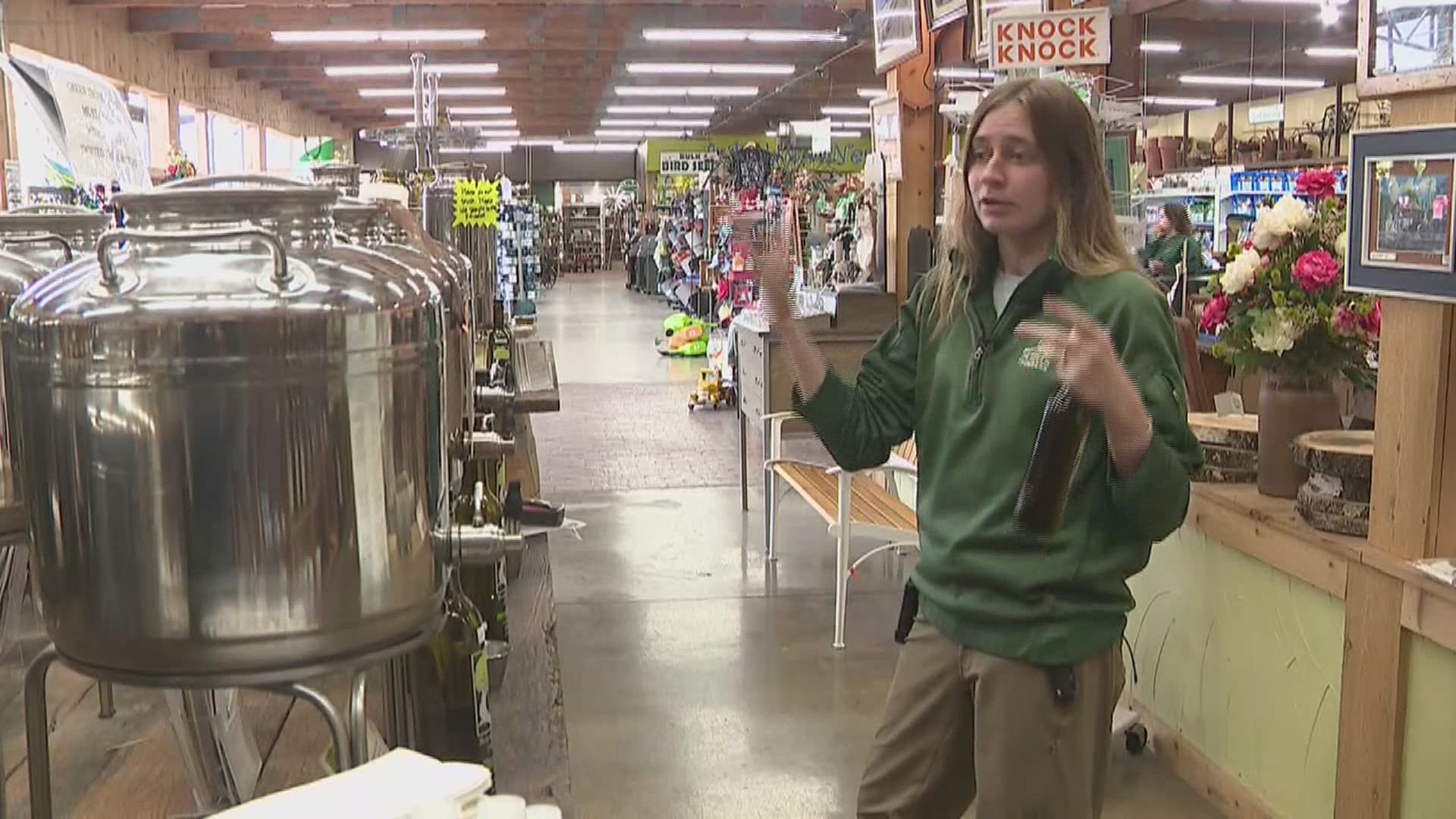 DAVENPORT, Iowa — Iowans will soon no longer get $300 extra in unemployment starting next month. It comes after Governor Kim Reynolds says she's ending participation in the federal program.

Some area businesses have been struggling to hire workers. And that's been the case at the Green Thumbers in Davenport. Spring is of course the busiest time of year for the garden center.

"Kind of our hiring binge is in March, really," owner Andy Kay says.

But even though the jobs are posted, he says only about 60 percent of people will even show up to their interview. He adds some people even get hired but won't show up for work.

"We'd like to have lots and lots of staff here for our busy time to, really serve people," he says. "That's part of the reason they come to an independent store."

Kay says he needs flower designers, landscapers, delivery drivers, garden center staff and cashiers. And he says without enough workers, the service can suffer. So he put up a new sign.

"I had to put some signs out just apologizing that we can't offer the level of service that we normally offer because we simply don't have enough people here at work," he says.

His daughter Anna Halverson says she has to wear many hats right now to get everything done. She says the employees they do have are working hard and long hours.

"Last year, with COVID and different shutdowns you weren't sure if you were going to get help," she says. "Hoping that this year, with people being able to get shots and everything that people would come back to work. That just has not been the case."

Kay says they've even had to stop offering weekend delivery because they're so short-staffed. But he hopes the governor's decision to end some unemployment benefits will change that.

"I think everybody in the business community understands and hopes that will help to get people back to work," he says.

Iowa Workforce Development says there are more than 66,000 job openings in the state. It says it has resources available to help people find their next job. The extra $300 a week in unemployment benefits will end June 12.