From beaches to parks, across the nation doctors are worried about a spike in new COVID-19 cases. 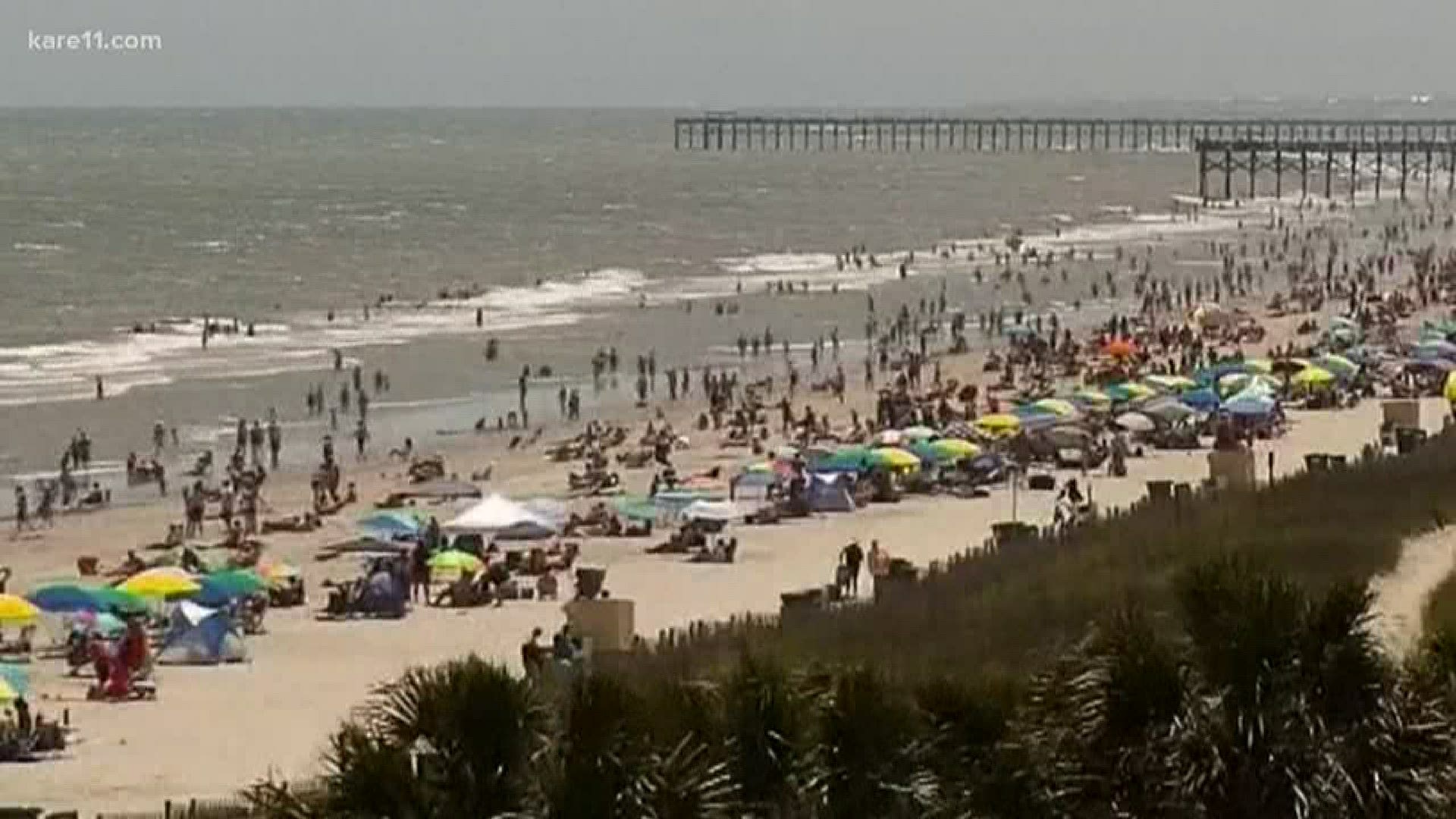 Doctors are sounding the alarm after videos surfaced over the weekend of people on beaches and boardwalks not practicing social distancing. All states have begun to reopen to some degree, but doctors want people to social distance for fear of another surge in COVID-19 cases.

In New York City, parks and bike paths were busy over the weekend, and beaches were crowded coast-to-coast. Many people were shoulder-to-shoulder and not wearing masks.

"We've made it clear that there's asymptotic spread. That means that people are spreading the virus unknowingly. This is unusual in the case of respiratory diseases in many cases. We really want to be clear all the time that social distancing is absolutely critical and if you can't social distance and you're outside you must wear a mask," said Dr. Deborah Birx, the White House Coronavirus Response Coordinator.

In Arkansas, a second surge of COVID-19 cases has surfaced a month after the first cluster of cases. Governor Asa Hutchinson never issued a stay-at-home order for his state.

According to health officials, in Missouri, two hair stylists at a Great Clips came to work despite having COVID-19 symptoms and potentially exposed 140 people to the virus. That salon is now closed.

It will be weeks before doctors understand the full impact of Memorial Day weekend, and all of the crowds.