As COVID-19 vaccine becomes available, these are the known side effects

The FDA said that if you have had a severe allergic reaction to any of the ingredients of the vaccine, you should not get this one. 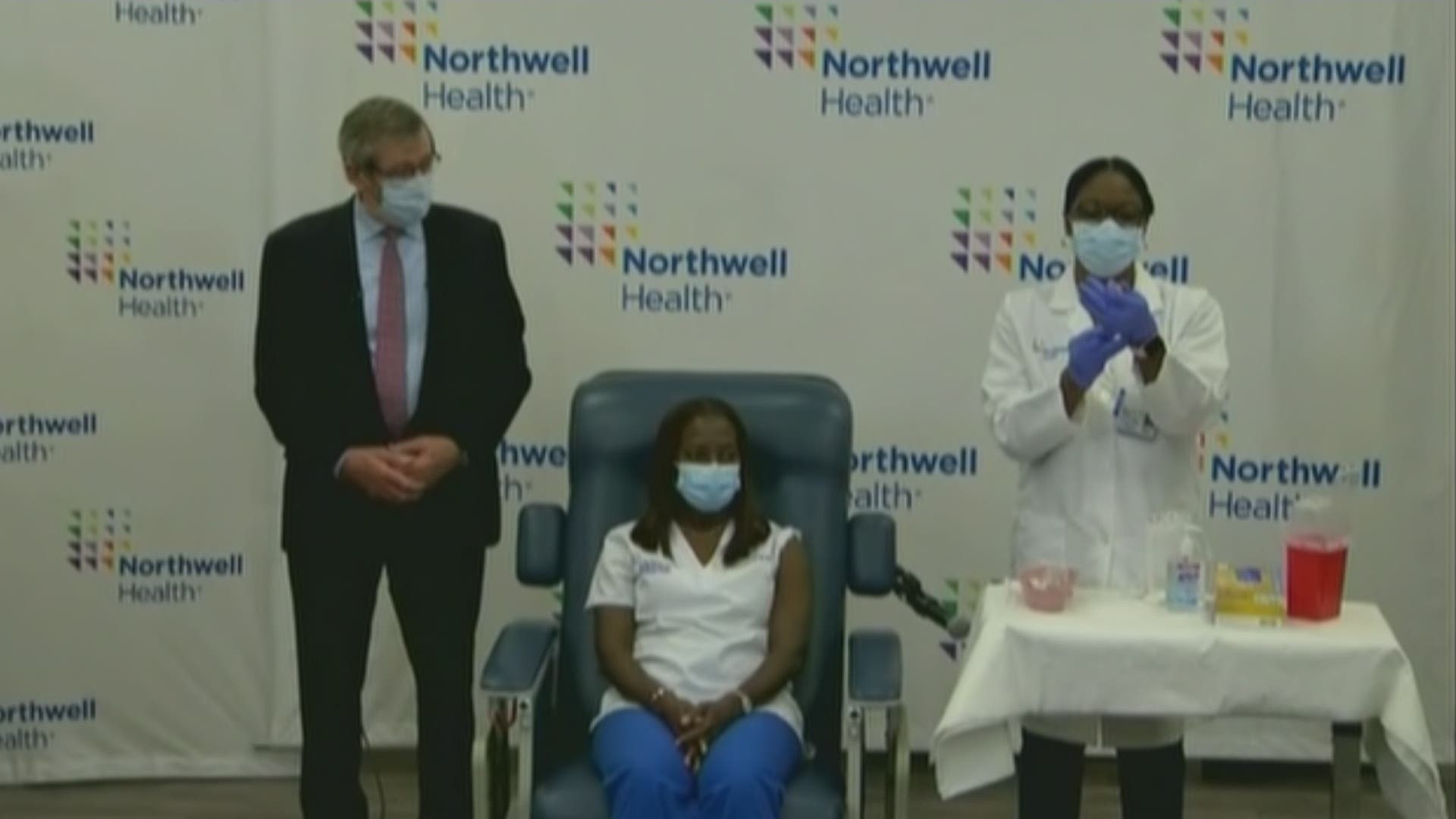 ATLANTA — As Americans watched the COVID-19 vaccine leave facilities over the weekend in preparation for distribution across the 50 states, many have questions about it.

The first question most want to know is -- what are the side effects.

Specifically to the Pfizer-BioNTech vaccine, which the U.S. Food and Drug Administration (FDA) granted emergency approval for last week, here's what we know.

The most commonly reported side effects, according to the fact sheet from the FDA, were pain at the injection site, tiredness, headache, muscle pain, chills, joint pain, and fever. They said they typically lasted several days.

The Pfizer vaccine, as well as the Moderna vaccine, expected to be granted approval in the coming days, both require two doses.

The vaccine could cause a severe allergic reaction, as experienced by two people in the United Kingdom last week. The FDA says that "would usually occur within a few minutes to one hour after getting a dose."

They said that if you have had a severe allergic reaction to any of the ingredients of the vaccine, you should not get this one.

In clinical trials, the FDA says approximately 20,000 people 16 and older have received at least one dose of Pfizer's vaccine.

We spoke to metro Atlanta resident Ashley Nealy after Pfizer announced its 90 percent success rate of their trial last month. She was one of the participants and said her side effects were minimal.

Any questions about if you should get the vaccine or its side effects, should be discussed with the provider or your doctor.