The governor announced that Scott County will be one of four test sites across the state. 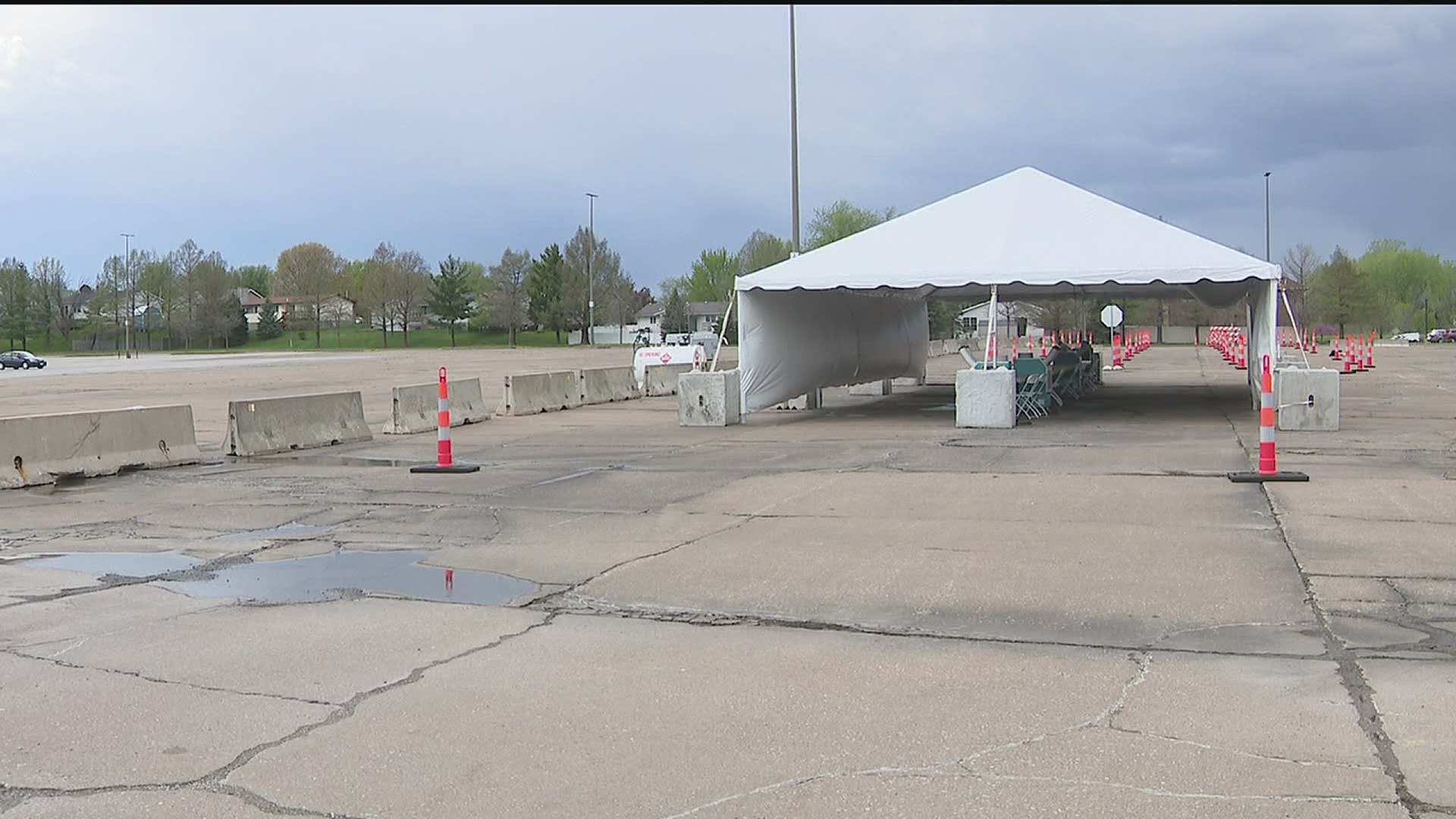 The test site opens Monday, May 11th in the back parking lot of the NorthPark Mall.

The National Guard, local law enforcement, and healthcare workers are staffing the site, which is testing by appointment only.  Click here to fill out an assessment to determine whether you will be eligible for a test.

Everyone is encouraged to take the assessment, even if you don't think you have the coronavirus.

During a QC COVID-19 Coalition briefing, it was confirmed that the test site will be set up at NorthPark Mall in Davenport, Iowa.

As of Wednesday, May 6, a tent was set up for the test site, according to Ed Rivers with the Scott County Health Department.  There was no official word on when the site would be up and running.

A COVID-19 test site is launching in Scott County, according to Iowa Governor Kim Reynolds.

The test sites run in conjunction with a website called "TestIowa.com," which was made to assess a person's need for testing.  Since launching in late April, Governor Reynolds said there have been 442,000 visits to the site and 229,000 assessment tests taken. Most of the assessments came from Polk, Linn, Black Hawk, Johnson and Dallas Counties.

To get tested at one of the testing sites, Governor Reynolds says you must have completed the assessment, qualified for screening, and scheduled an appointment.