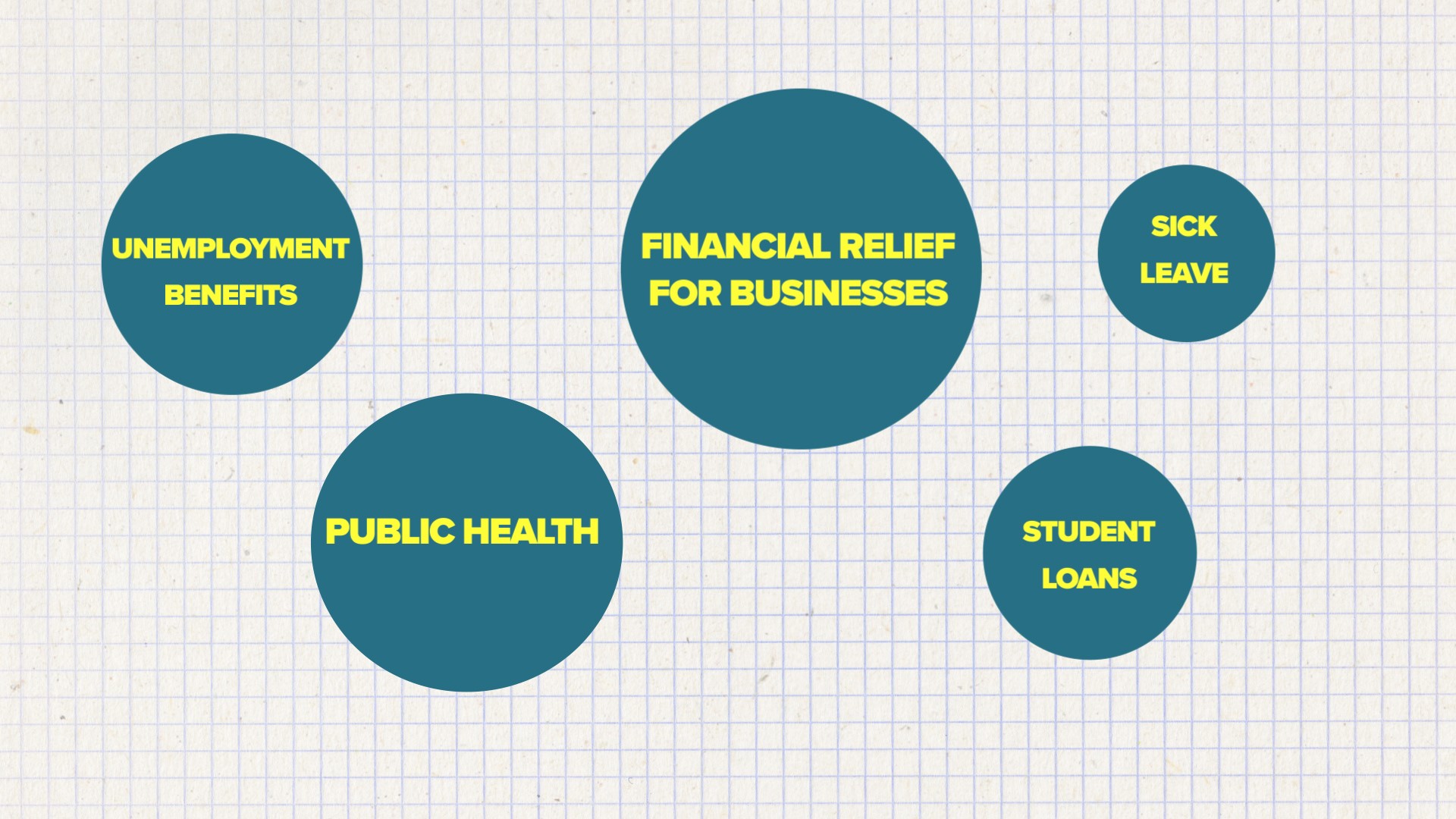 The confirmed number of coronavirus cases in the United States was more than 519,000 Saturday, after it had been at over 501,000 around 8 a.m. EDT, according to the count by Johns Hopkins University. There have been over 20,000 deaths in the U.S. and 29,000 recoveries.

The U.S. has overtaken Italy for the highest death toll in the world. About half of the deaths in happened in New York state, but concern is growing over the spread of the virus into the nation’s heartland. Hot spots are appearing in the Midwest, including nursing home deaths in Indiana and Iowa and deaths at the Cook County Jail in Chicago.

Globally, confirmed infections have risen above 1.7 million. There were more than 107,000 deaths and 396,000 recoveries worldwide.

RELATED: Coronavirus live updates: Trump says reopening the country will be biggest decision he ever makes

The Navy said Saturday that 550 crew members from USS Theodore Roosevelt have tested positive for coronavirus.

Navy officials say in a blog statement that as of Saturday, 92% of the crew had been tested for COVID-19. There were 3,673 negative results.

The IRS says the first economic support payments stemming from the coronavirus outbreak have been deposited in taxpayers’ bank accounts.

In its tweeted announcement Saturday night, the IRS didn’t say how many taxpayers have received the payments or how much money has been disbursed so far. The tweet says: “We know many people are anxious to get their payments; we’ll continue issuing them as fast as we can.”

The payments are part of the $2.2 trillion rescue package passed by Congress and then signed into law last month by President Donald Trump.

Anyone earning up to $75,000 in adjusted gross income and who has a Social Security number will receive a $1,200 payment. Parents will also receive $500 for each qualifying child.

The payment steadily declines for those who make more.

RELATED: Stimulus check calculator: See how much you'll likely be getting

Organizers of the Burning Man Project say they are committed to providing ticket refunds after the event was canceled because of COVID-19. But they are asking purchasers to consider foregoing refunds because the organization faces layoffs, pay cuts and other belt-tightening measures.

Burning Man is a lifestyle and entertainment gathering that typically attracts 80,000 people from around the world. It had been scheduled for Aug. 30 to Sept. 7 in the northern Nevada desert.

Organizers said Friday in a Facebook post that cancellation was “in the interest of the health and well-being of our community.”

On Fire Christian Church had sued Louisville Mayor Greg Fischer and the city after Fischer announced drive-in style religious gatherings were not allowed on Easter.

“On Holy Thursday, an American mayor criminalized the communal celebration of Easter,” Walker wrote in his sternly worded 20-page opinion. “That sentence is one that this Court never expected to see outside the pages of a dystopian novel, or perhaps the pages of The Onion.”

Walker added that “The Mayor’s decision is stunning. And it is, ‘beyond all reason,’ unconstitutional.”

Fischer had argued that drive-in church services weren’t “practical or safe” for the community. However, Walker noted that drive-thru restaurants and liquor stores were still allowed to operate.

Queen Elizabeth II has stressed the need for the British people to continue to abide with lockdown restrictions over the rest of the Easter weekend.

In a two-minute audio broadcast from Windsor Castle, the queen said that by “keeping apart, we keep others safe” and that the coronavirus “will not overcome us.”

Social distancing rules were observed during what is believed to be the queen’s first Easter message. The 93-year-old monarch delivered the address alone into a microphone from the castle’s White Drawing room while the sound engineer was in a nearby room.

Last Sunday, in a rare special televised address to the nation, the queen evoked wartime memories to reassure people that “We will meet again.”

Angry inmates have set fire to an overcrowded prison on Indonesia’s Sulawesi island during a riot that erupted over measures imposed to contain the coronavirus.

Hundreds of police and soldiers were deployed to take control of Tuminting prison in North Sulawesi province, which is designed to house 490 inmates but now has more than 550, said Lumaksono, the head of Justice and Human Rights provincial office.

Lumaksono, who goes by a single name, says a preliminary investigation revealed that many inmates, mostly drug offenders, were angered by restrictions on family visits and envious following the early release of 115 inmates to curb the spread of the coronavirus in prisons.

He said they went on the rampage and started fires, and other inmates joined the protest and it turned violent, but there were no reports of deaths.

Pope: Easter gives hope in our 'darkest hour,' despite fear

Pope Francis says Easter can offer hope in people's “darkest hour” as he celebrated Holy Saturday Mass in St. Peter's Basilica, with the public barred because of the COVID-19 pandemic.

The pontiff likened the fears of current times to those experienced by Jesus' followers after his crucifixion. Francis says, like us, they feared “about the future and all that would need to be rebuilt.”

Earlier on Holy Saturday, the Turin Shroud, a burial cloth some believe covered Jesus, and which was associated with a 16th-century plague, was put on special view through video streaming to inspire hope during the coronavirus outbreak.

Credit: AP
Pope Francis presides over a solemn Easter vigil ceremony in St. Peter's Basilica empty of the faithful following Italy’s ban on gatherings to contain coronavirus contagion, at the Vatican, Saturday, April 11, 2020. The new coronavirus causes mild or moderate symptoms for most people, but for some, especially older adults and people with existing health problems, it can cause more severe illness or death. (Remo Casilli/Pool Photo via AP)

He said he was at high risk of getting the coronavirus because he had a recent bout with pneumonia, his cellmate had flu-like symptoms and the Metropolitan Correctional Center where he is housed cannot protect him. He must post $1 million bond and then be quarantined for 14 days at a federal facility before spending 90 days at his friend's house.

Defense Department officials say the White House has approved the production of N95 masks amid the coronavirus pandemic.

According to a statement, $133 million will be used to increase the production capacity of masks to more than 39 million over the next 90 days. Officials say the names of the companies that have been chosen to make the masks will be made available in the coming days when the contract is awarded.

The masks will be made under the Defense Production Act. President Donald Trump invoked the act, which gives the federal government broad authority to direct private companies to meet the needs of the national defense, to help provide medical supplies.

Two NASA astronauts said Friday they expect it will be tough returning to such a drastically changed world next week, after more than half a year at the International Space Station.

Andrew Morgan said the crew has tried to keep atop the pandemic news. But it’s hard to comprehend what’s really going on and what to expect, he noted, when his nine-month mission ends next Friday.

“It is quite surreal for us to see this whole situation unfolding on the planet below,” said Jessica Meir, who took part in the first all-female spacewalk last fall. “We can tell you that the Earth still looks just as stunning as always from up here, so it’s difficult to believe all the changes that have taken place since both of us have been up here.”

As an emergency physician in the Army, Morgan said he feels a little guilty coming back midway through the medical crisis. “It's very hard to fathom,” Morgan told reporters.

RELATED: After months in space, astronauts returning to pandemic-stricken world

The United States surpassed Italy on Saturday morning with the most reported deaths of any nation, CNN reports citing Johns Hopkins University.

NYC schools close for the year

Mayor Bill de Blasio says that public schools in New York City’s 1.1 million-student district will be shuttered for the rest of the academic year, but that online education will continue.

The mayor made the announcement Saturday. School buildings in the nation's largest public system have been closed since March 16. A massive effort to move instruction online has met mixed success.

Many low-income students lack Wi-Fi and devices for connecting to their virtual classrooms. Authorities in some other states including Virginia and Pennsylvania have previously announced that schools will be closed for the rest of the year.

Italy urges people to stay at home for Easter

Italy’s special commissioner for the virus emergency urged people to stay at home for Easter and Easter Monday, days when Italians customarily visit friends and relatives or take outings into the countryside.

He says the next phase, a gradual reopening, would be complex and require discipline to prevent another wave of contagion. He says, ‘’This dramatic emergency will only be behind us when an efficient and effective vaccine is discovered.’’

This week also marks the 11th anniversary of the earthquake in L’Aquila that killed nearly 300 people. Arcuri noted in just four days, the virus claimed 3,226 lives.

Britain says too early to tell if virus peaked

British Health Secretary Matt Hancock says it is too soon to determine whether the peak of coronavirus infections in the country has passed.

That's despite data suggesting that the rate of increase in the number of people being hospitalized with the COVID-19 disease is leveling out.

Hancock tells BBC radio that the “good news” is that the number of hospital admissions shows signs of flattening out. However, he says the government requires more evidence before it can start making changes to its lockdown measures.

Britain has been in lockdown for nearly three weeks and the government is expected to extend the restrictions in the coming days.

Japan has broadened a request for people to stay away from bars, clubs and restaurants across the whole country.

Prime Minister Shinzo Abe says at a meeting of the national coronavirus task force that “many cases of infections have been confirmed at places where people are going out at night, and that spread is nationwide.”

Japan's state of emergency, issued April 7, carries no penalties but asks people to stay home as much as possible. 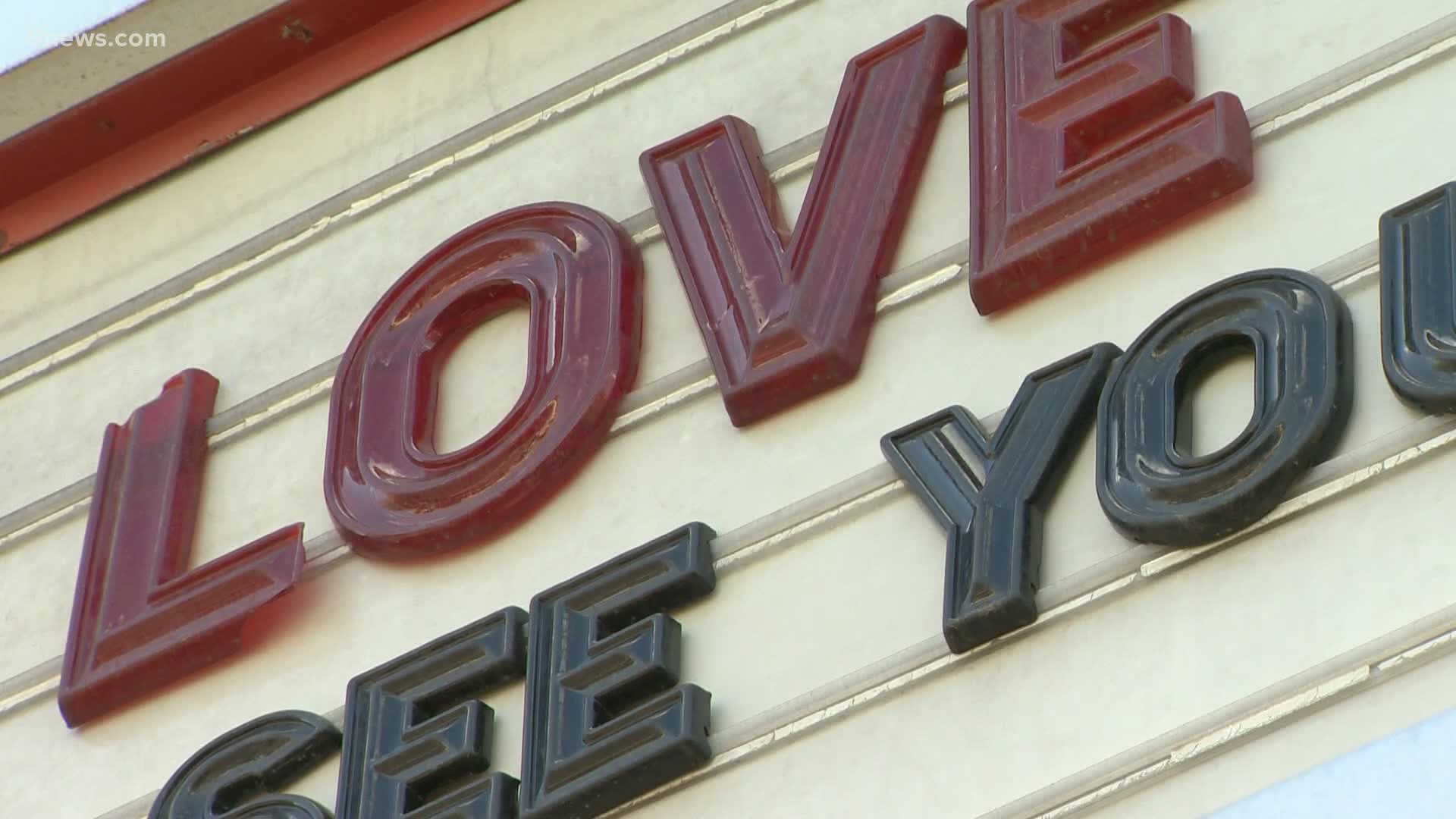 About 1,300 Australian travelers being kept in mandatory quarantine in Sydney ended their two-week confinement in time for the Easter Sunday holiday. They had arrived at Sydney International Airport after a government-ordered clampdown on March 29 and were finishing their 14-day quarantine, New South Wales police said.

They will undergo a final health check before they are allowed to leave for their homes around the country. Police are overseeing the departures, assisted by health authorities, the Australian defense force and hotel staff.

Buses will run to Sydney’s airport throughout the day, but some won’t be able to return to their home states on Saturday due to flight schedules.

The New South Wales health minister issued an order directing all overseas arrivals to go directly to a quarantine facility from March 29 to combat the new coronavirus pandemic.

In a controversial step, South Korea’s government says it will strap electronic wristbands on people who defy self-quarantine orders as it tightens monitoring to slow the spread of the new coronavirus.

Senior Health Ministry official Yoon Tae-ho on Saturday acknowledged the privacy and civil liberty concerns surrounding the bands, which will be enforced through police and local administrative officials after two weeks of preparation and manufacturing.

But he said authorities need more effective monitoring tools because the number of people placed under self-quarantine has ballooned after the country began enforcing 14-day quarantines on all passengers arriving from abroad on April 1 amid worsening outbreaks in Europe and the United States.