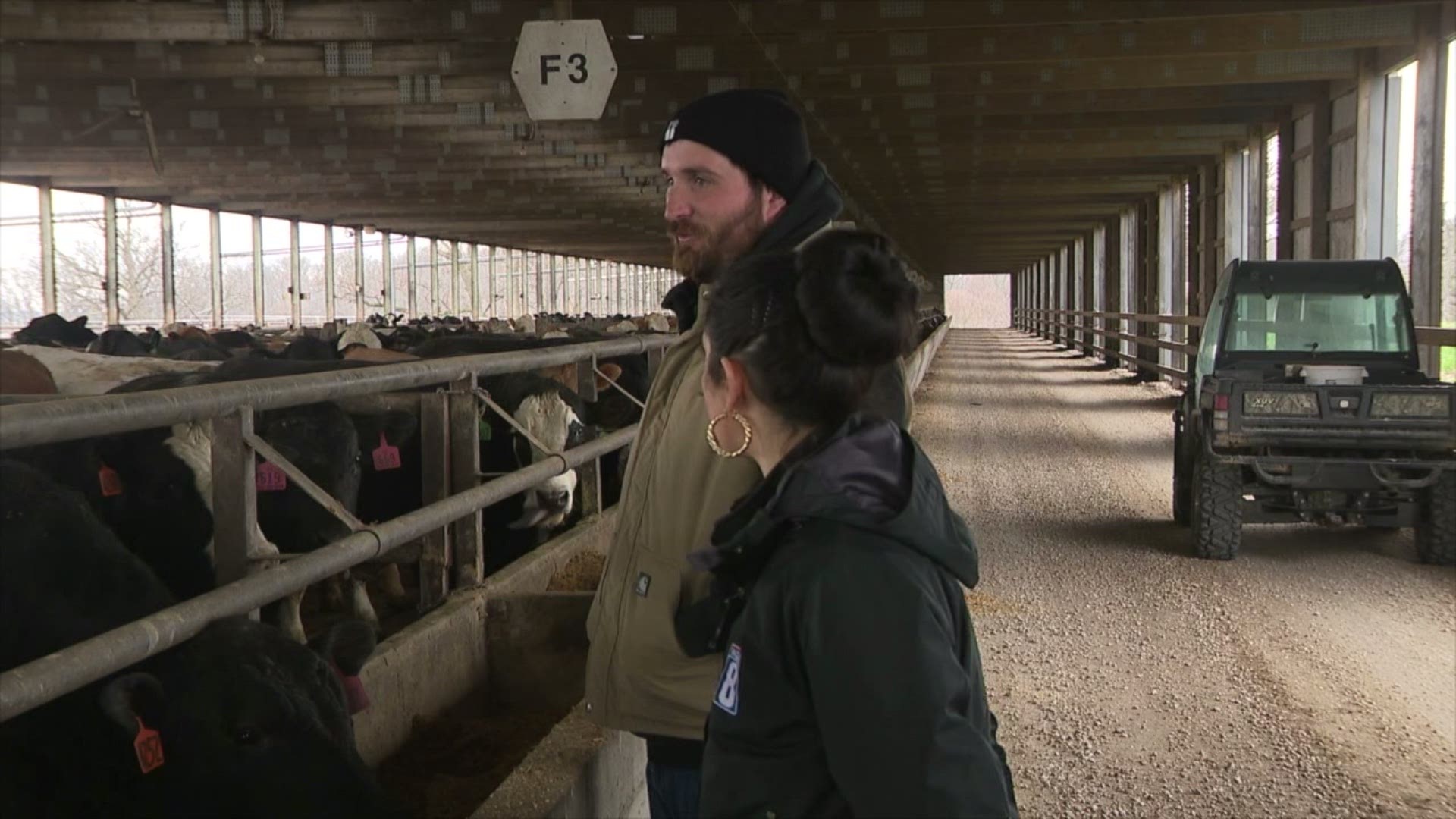 GENESEO, Ill. — Cattle farmers are calling for slaughterhouses to stay open as fears of what potential shutdowns could do to the industry. Local producers are now predicting shoppers could see less beef on supermarket shelves.

BJ Weber's beef operation has been hit hard since the COVID-19 outbreak. Beef prices have taken a hammering, and as the virus spreads more and more processing plants are closing.

"Three to four plants in the US have already shut down as employees tested positive," said BJ.

Posing a threat to the workers and companies that rely on them, like BJ.

"Its not like any other commodity. So they are ready to go, they need to go. Its not like corn which can sit in a bin for a long period of time. We've got cattle that's been sitting out here for a month because they haven't got the people to keep the plants operating," he said.

Americans consumed 77% more meat in March this year when compared to the same time last year. But as more and more processing plants shut down, there's the potential we could see less beef on supermarket shelves.

Economists say the beef industry started 2020 off strong but since the outbreak, prices have taken a tumble.

"It is very grim compared to what we were forecasting in the beginning of the year," said Lee Schulz, an economist at Iowa State University.

Shoppers picked supermarket shelves clean, but because of the disruption in supply chains, the prices being paid back to the farmers doesn't match what meat packers are making.

Senator Chuck Grassley is calling for a federal investigation into potential market manipulation and illegal activity by meat packers.

"I want these meat packers to know there's no justification for the price of beef at the supermarket. Farmers are taking a big cut," said Sen. Grassley.

As major meat packers draw suspicion they're playing the system, local beef farmers say they're facing bigger concerns than "he said, she said."

"Our biggest concern over all that is that the packers keep going. It will hurt us much more than the price difference."

According to BJ, if cattle start weighing in upwards of 1600 pounds, there's the possibility they could face serious health complications.