This was a test Amy Nicholson did not need to plan to study for, either. 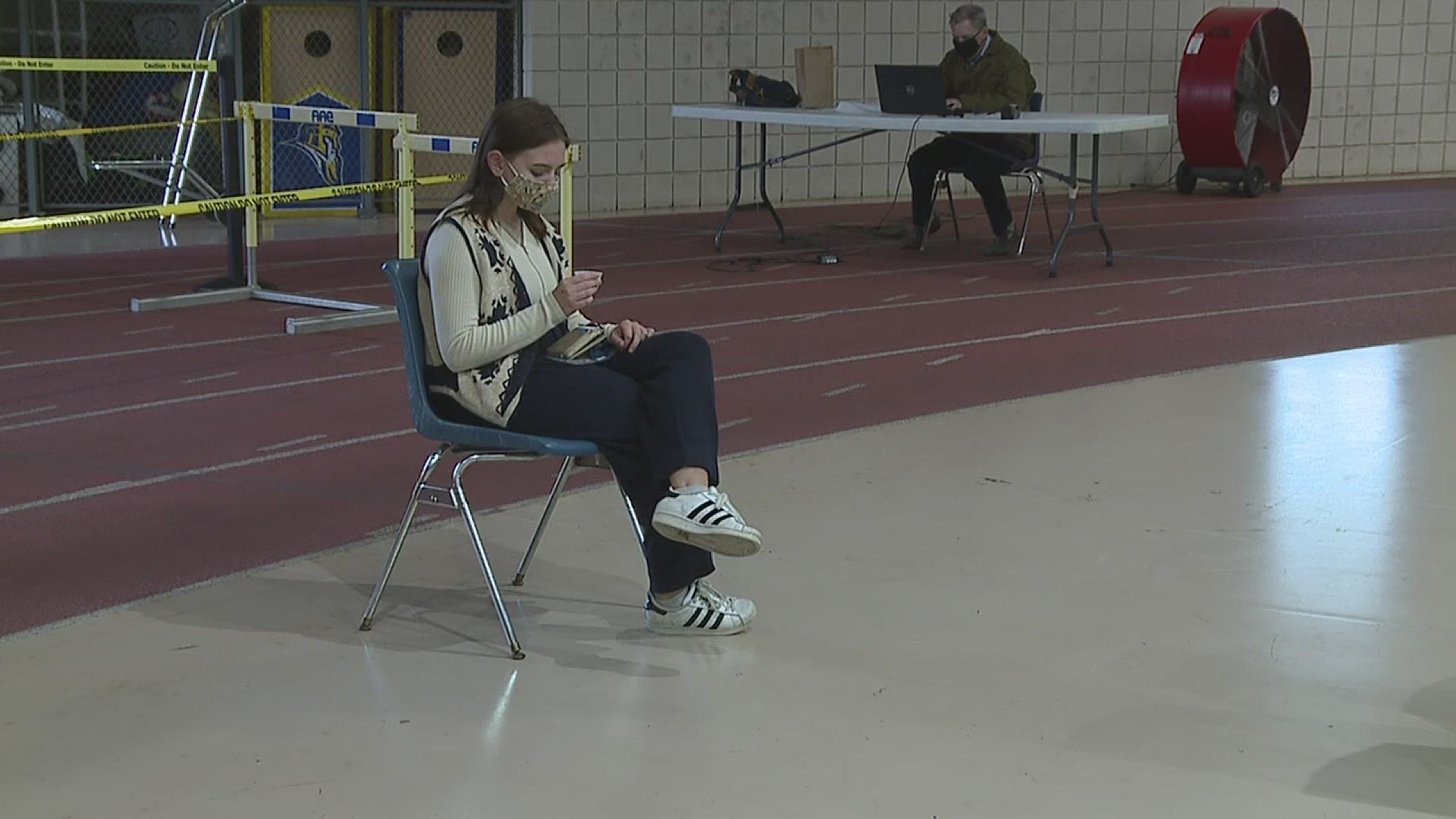 ROCK ISLAND, Ill. — Outside the PepsiCo Center at Augustana College in Rock Island, junior Amy Nicholson checked in to take her test.

This was a test Nicholson did not need to plan to study for, either.

Friday was Nicholson's fourth COVID-19 test in November. That's because Nicholson was selected to participate in surveillance testing at the college.

The surveillance testing randomly selected between 300 and 350 students each month to participate in the COVID-19 testing. Each group of about 300 students would be tested weekly for one month, Nicholson said.

"It literally takes less than 5 minutes most of the time," Nicholson said.

Friday's test was unlike the routine surveillance testing done on campus.

"This is for anyone who wants it just as kinda like a gauge before students are going back to their families for thanksgiving," Nicholson said. "They’ll get their tests before most students go home so you could sign up and then you were guaranteed a spot as opposed to getting picked at random."

Just like the other weekly surveillance testing, the tests on Friday were provided to students for free.

"These tests are expensive," said Augustana College President Steven Bahls. "For example, today’s thanksgiving testing will be about $50,000."

The cost of testing is covered by donations from alumni, Bahls said.

"Students are not paying for it," Bahls emphasized. "It is this campaign we did in the fall to allow us to meet the COVID expenses without raising student tuition or without extra surcharges."

Because the testing was covered by the college, Nicholson said it gave her peace of mind.

"My parents are older, and it helps them know that when I’m coming home from college that we’ll all be safe," Nicholson said.

A negative result on this test, for Augustana students, is a positive.

Over the last two weeks, Augustana College reported a positivity rate among students of less than 3 percent. You can see the most recent data for the college on their online dashboard.

The college will move any materials students need to complete the fall term online after the Thanksgiving holiday break so students can finish the fall semester from home, both Nicholson and Bahls said.