Proposed plan would bring APS students back to school Aug. 24 for virtual learning for first 9 weeks

The proposal will be presented by Dr. Herring during a Monday meeting, on July 13, where the Board is expected to vote on it.

ATLANTA — A proposal by Atlanta Public Schools would push back the first day of school by two weeks and have students learn virtually for the first nine weeks of the new school year.

The district shared the proposal by new superintendent Dr. Lisa Herring with 11Alive on Friday.

Under the proposal, the first day of school would be pushed to Aug. 24 and students would be learning virtually for at least the first nine weeks of school, or until the community spread of COVID-19 is deemed to be at a "minimal/moderate" spread.

However, should the spread slow to the moderate threshold - based off public health officials' definition 6 to 100 new cases of the virus per 100,000 residents - the proposal suggests moving to either a traditional or hybrid model, with the option of remote learning still available.

As for the delivery of virtual teaching, the proposal said students would remain enrolled at their individual schools and receive instruction from their teachers versus enrolling in a virtual academy. (See page 19 of the plan for differences) 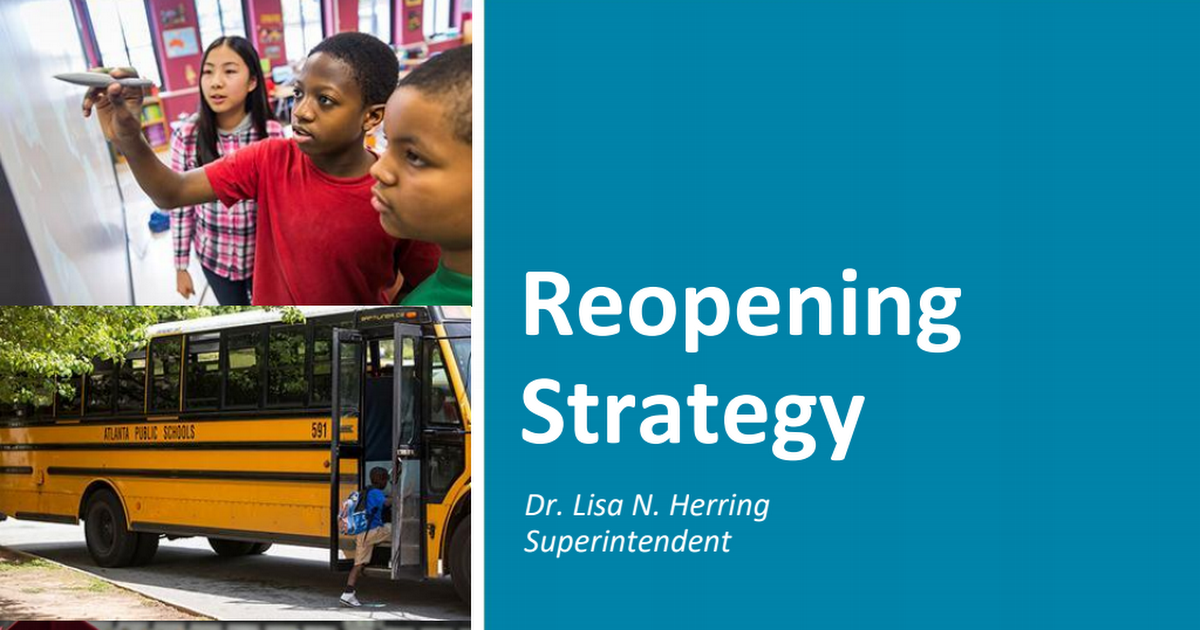 RELATED: Here are school districts' plans for back to school in the fall

Among staff who participated in the survey, 72 percent of teachers said they were at least somewhat uncomfortable returning to work, with 45 percent of teachers and bus drivers who responded identifying themselves as "high risk" for suffering complications from COVID-19.

The proposal will be presented by Herring during the Monday meeting, on July 13, where the Board is expected to vote on it.

11Alive is focusing our news coverage on the facts and not the fear around the virus. We want to keep you informed about the latest developments while ensuring that we deliver confirmed, factual information.

We will track the most important coronavirus elements relating to Georgia on this page. Refresh often for new information.

City of Atlanta returns to Phase I COVID-19 status

Local mask mandates in Georgia | What you need to know

Clarkston group hopes to donate more than 18,000 masks to students before school starts