The company wants to develop a coronavirus testing lab that could be used to test employees for the virus on a regular basis. 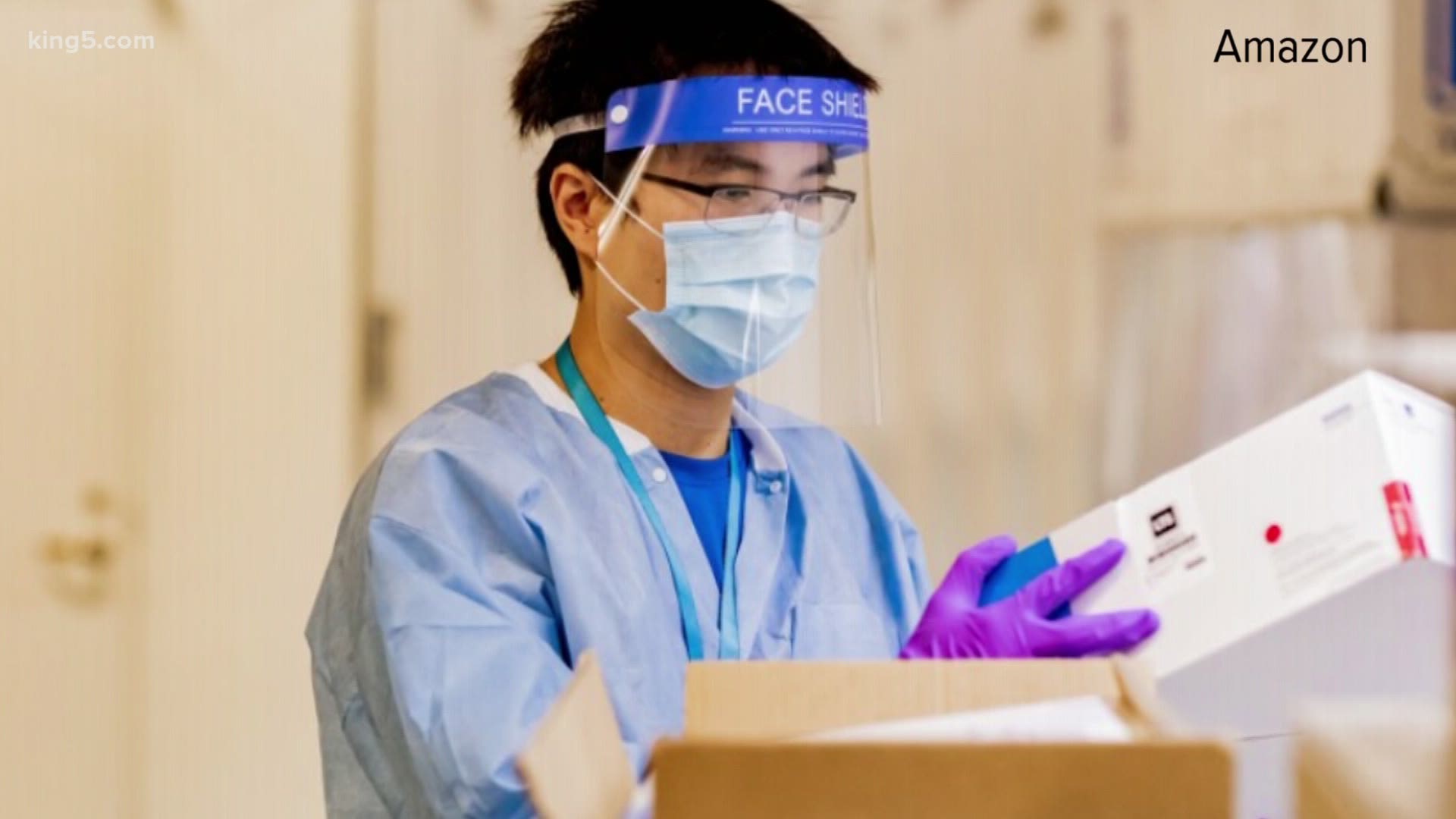 SEATTLE — Amazon says it's assembled a team to start working on developing its own testing lab, so employees could be regularly tested for coronavirus (COVID-19).

The company has already taken several measures to protect its employees, including distributing face masks, establishing social distancing procedures, and at the end of March, it started routine temperatures checks.

The temperature checks are now being rolled out companywide at its facilities in the United States and Europe, and at Whole Foods stores. The plan is to test hundreds of thousands of Amazon workers every day, and those with a fever of 100.4 or higher will be sent home until they've gone three consecutive days without one.

But now, the company wants to take measures a step farther, and develop its own COVID-19 testing lab where employees could be tested for the virus regularly.

The company discussed the plan in a blog post earlier this week.

"If every person, including people with no symptoms, could be tested regularly, it would make a huge difference in how we are all fighting this virus," read the blog post.

A team of Amazon employees from several different departments, including research scientists and software engineers, have moved off their normal duties and are now solely focused on developing the testing lab.

Tony Lystra, with the Puget Sound Business Journal, said Amazon is a trillion-dollar company with a proven track record.

"Amazon has been able to do what even governments have failed to do, and that's, in this case, they're going to try to test at scale in a way that could make a measurable difference for their company during the pandemic," said Lystra.

Amazon explained in its blog post the benefits would be huge, saying those who test positive could be quarantined and cared for, and everyone who tests negative could re-enter the economy "with confidence."

It's unclear when the testing lab will be up and running, but Amazon said, "We think it's worth trying, and we stand ready to share anything we learn with others."