Record breaking snow on Halloween is changing up the scenery this year. 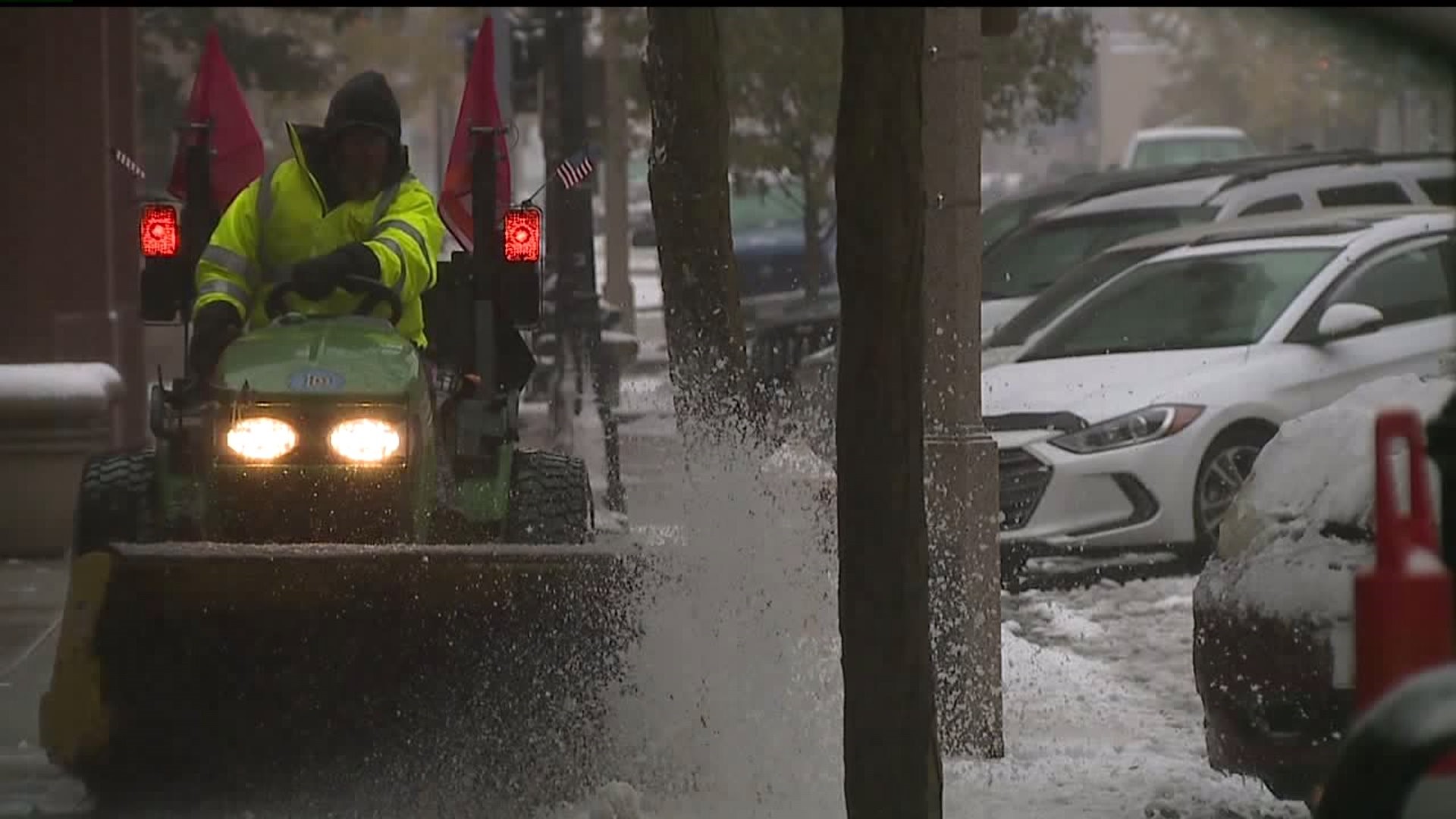 DAVENPORT, Iowa – Anywhere from 3 to 5 inches of Christmas snow fell in the Quad City area overnight.  A lot of people see the winter weather as a trick from Mother Nature, but Connie Devrich sees it as a treat.

It's the most snow on record for Halloween.  65 years ago a dusting of snow was recorded at the Quad City Airport.

“It’s Halloween, everything is crazier on Halloween,” laughs Devrich. “We could have had more snow like James Zahara said.”

“This is my favorite weather,” says Lawrence McGhee Jr.  He stayed home from school after his father’s car wouldn’t start.

“My battery was dead, and I’ve been out here for a couple of hours trying to get it to start,” explains his dad, Lawrence McGhee.

Headaches are piling up already for drivers on the roads in rural Davenport.  One RV lost control and wound up far in a field near Interstate-80.

“He said the wind caught at the right time in the slush and he was out there in the ditch,” says Martin Harris, a witness who saw the RV wipe out.

With winter weather arriving early, people are fast forwarding to the holidays.

“I haven’t picked out my Halloween costume yet, but I think I’m going to go as Santa Claus tonight,” Harris says.

Although Thursday night should be about Halloween, it’s feeling more like the beginning of winter.

Towing companies are back to their typical winter schedule.  Quad City Towing said they towed around 20 cars Wednesday night and had 30 calls Thursday.