Gov. Reynolds says she is ‘not afraid’ to take executive action on vaping if necessary

Gov. Kim Reynolds said she is “not afraid” to take executive action if necessary on banning or limiting the sale of vaping products, which have been... 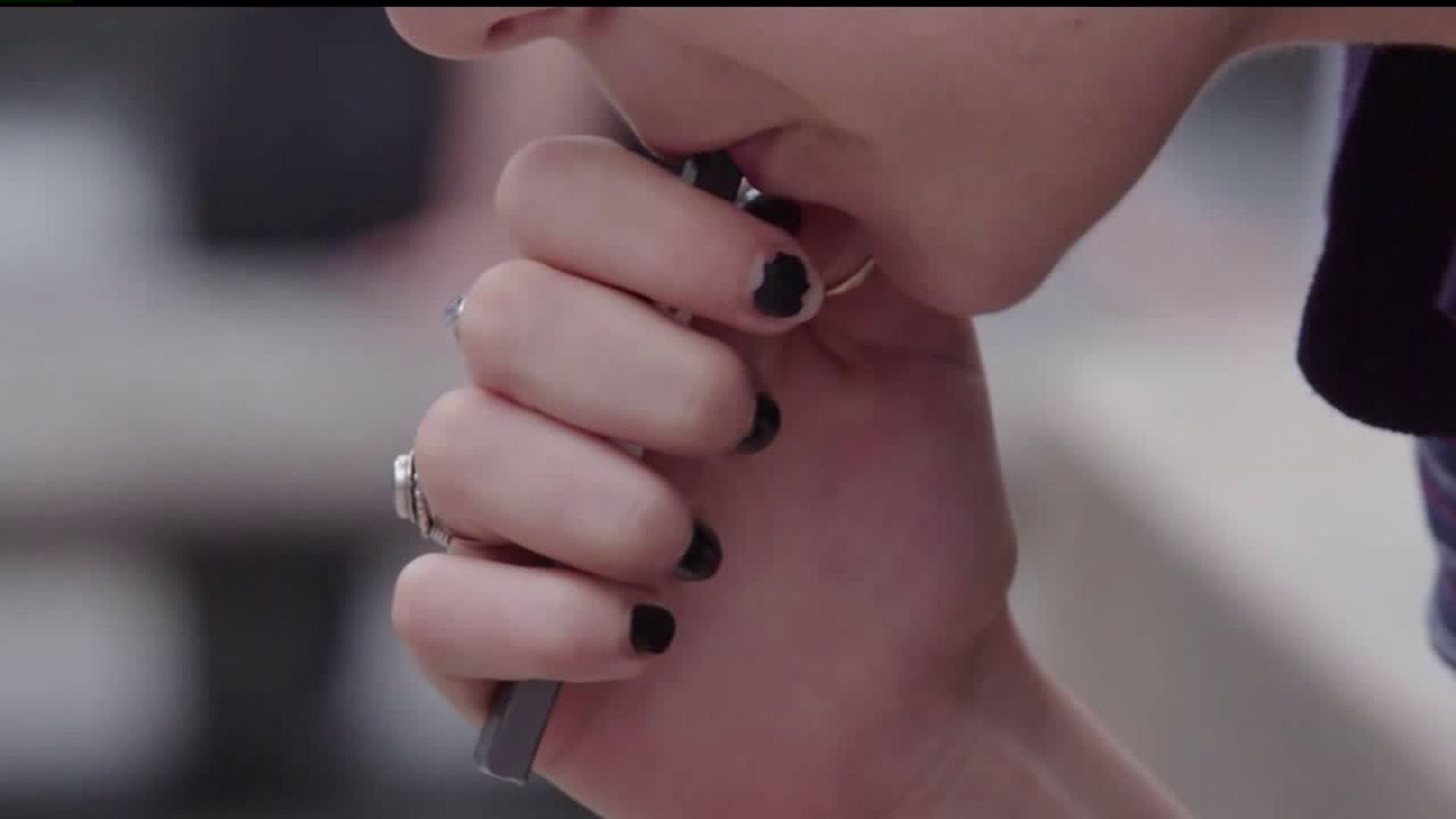 DES MOINES, Iowa (KPTM) -- Gov. Kim Reynolds said she is "not afraid" to take executive action if necessary on banning or limiting the sale of vaping products, which have been linked to serious lung illnesses on the rise across the country.

Reynolds said during a news conference on Wednesday that she has been discussing with her team and other state agencies about what "potential steps" the state can take moving forward. Iowa Department of Public Health Director Gerd Clabaugh is presenting her with recommendations from department experts Wednesday or Thursday, she said.

Reynolds added that it could be a "multi-step" process.

"See if some of the things they're recommending work in the short-term, and if we're not seeing the results that we think that we should, maybe [executive action] is something we can look to in the future," she said.

Six states have, in some way, banned the sale of most e-cigarettes and vaping products, though those restrictions vary.

Reynolds highlighted that in Iowa, there have been so far 41 cases of vaping-related illnesses, 34 of which have been linked to THC---or the chemical in marijuana that makes recreational users high.

"That's a significant concern of mine as well," Reynolds said of the THC connection to the reported illnesses.

As of Oct. 15, there have been more than 1,400 reported cases of vaping-related illnesses in every state but Alaska, according to the Centers for Disease Control. The CDC has confirmed 34 deaths in 24 states.

The agency has not yet identified the cause of the illnesses, other than identifying the link with vaping products.