The way the cookie crumbled: Girl Scouts stuck with millions of unsold boxes

The 109-year-old organization says the coronavirus shut down in-person sales at cookie booths. Now bakers are trying to donate or sell leftover boxes of cookies. 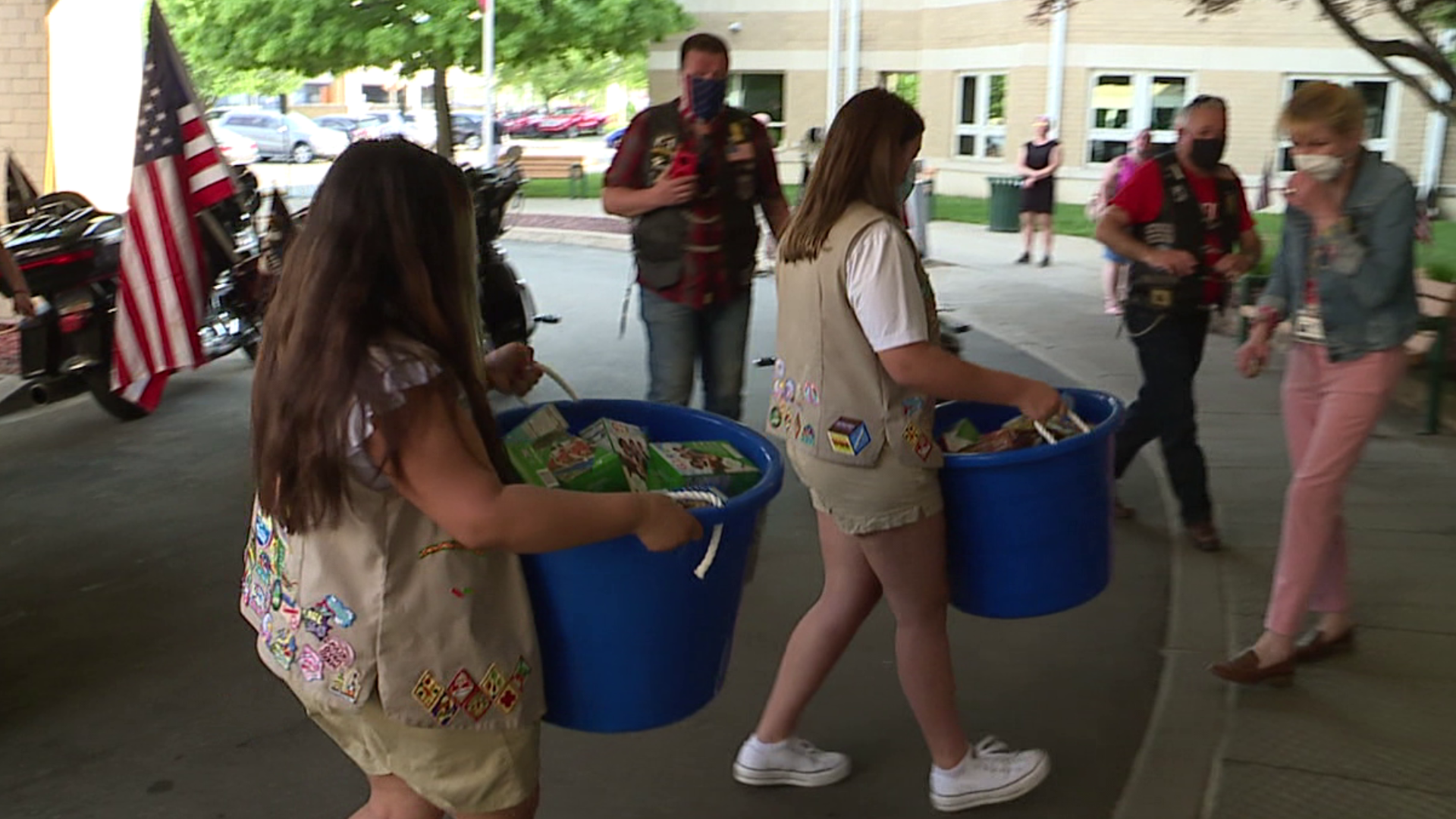 The Girl Scouts have an unusual problem this year: 15 million boxes of unsold cookies.

The 109-year-old organization says the coronavirus — not thinner demand for Thin Mints — is the main culprit. As the pandemic wore into the spring selling season, many troops nixed their traditional cookie booths for safety reasons.

"This is unfortunate, but given this is a girl-driven program and the majority of cookies are sold in-person, it was to be expected," said Kelly Parisi, a spokeswoman for Girl Scouts of the USA.

The impact will be felt by local councils and troops, who depend on the cookie sales to fund programming, travel, camps and other activities. The Girl Scouts normally sell around 200 million boxes of cookies per year, or around $800 million worth.

Rebecca Latham, the CEO of Girl Scouts of New Mexico Trails, said her council had 22,000 boxes left over at the end of the selling season in late spring, even though girls tried innovative selling methods like drive-thru booths and contact-free delivery.

Latham said troops in her area sold 805,000 boxes of cookies last year; this year, they sold just under 600,000. That shortfall means the council may not be able to invest in infrastructure improvements at its camps or fill some staff positions, she said.

The council is now encouraging people to buy boxes online through its Hometown Heroes program, which distributes cookies to health care workers, firefighters and others. It also organized one-day sales with organizations like the New Mexico United soccer team, to whittle the total down further.

Parisi said Girl Scouts of the USA did forecast lower sales this year due to the pandemic. But coronavirus restrictions were constantly shifting, and the cookie orders placed by its 111 local councils with bakers last fall were still too optimistic.

As a result, around 15 million boxes of cookies were left over as the cookie season wound down. Most — around 12 million boxes — remain with the two bakers, Louisville, Kentucky-based Little Brownie Bakers and Brownsburg, Indiana-based ABC Bakers. Another 3 million boxes are in the hands of the Girl Scout councils, which are scrambling to sell or donate them. The cookies have a 12-month shelf life.

It's unclear how much of a financial hit the Girl Scouts suffered because of the decline in sales since the organization won't reveal those figures. And it isn't the biggest blow the cookie program has ever faced. That likely came during World War II, when the Girl Scouts were forced to shift from selling cookies to calendars because of wartime shortages of sugar, butter and flour.

But the glut of cookies has laid bare some simmering issues within the Girl Scouts' ranks. Some local leaders say this year's slower sales should have been better predicted because falling membership was threatening cookie sales even before the pandemic began. Around 1.7 million girls were enrolled in Girl Scouts in 2019, down almost 30% from 2009.

"Without girls, there is no cookie program. Unfortunately, it took a global pandemic to bring all the problems to the surface," said Agenia Clark, president and CEO of Girl Scouts of Middle Tennessee, a local council.

Clark and some other local leaders were able to avert a cookie stockpile because they calculated their own sales projections instead of relying on guidance from the national office. Clark believes a new technology platform adopted by the Girl Scouts isn't adequately forecasting membership declines and their impact. In April, she sued the Girl Scouts of the USA because she doesn't want to her council to be forced to use that platform.

Parisi acknowledged that membership fell during the pandemic as troops struggled to figure out ways to meet safely. But those numbers are already rebounding, she said.

There were other reasons for the declining sales. Some local leaders say they might have sold cookies this year but chose not to because of an Associated Press story  linking child labor to the palm oil that is used to make Girl Scout cookies.

Gina Verdibello, a troop leader in Jersey City, New Jersey, said her 21-member troop, which has girls ranging in age from 10 to 15, decided to boycott this year's cookie program and held a protest at their city hall. Verdibello said she knows of at least a dozen other troops that opted not to sell because of the palm oil issue.

"We want to sell cookies. It's part of our thing. But this is putting kind of a damper on it," said Verdibello, whose troop has continued to fund activities with donations from people who heard about their boycott.

Parisi said such boycotts weren't widespread. But she said the Girl Scouts are working with the Roundtable on Sustainable Palm Oil, a nonprofit group that sets environmental and social standards for the industry, to ensure farmers are meeting those standards.

In the end, local councils won't be held financially responsible for the 12 million boxes that remain at the two bakers. Little Brownie Bakers and ABC Bakers said they are working with the Girl Scouts to sell or donate cookies to places like food banks and the military. The bakers can't sell directly to grocers because that might diminish the importance of the annual cookie sales. But they may sell to institutional buyers like prisons.

Parisi said bakers and councils have occasionally dealt with excess inventory before because of weather events like ice storms or tornadoes. But this level is unprecedented.

She said some pivots, like the partnership with Grubhub, are likely here to stay. But girls are also eager to get back to their booths next year.

"Girl Scout cookie season isn't just when you get to buy cookies," she said. "It's interacting with the girls. It's Americana."