For $39, Frontier will upgrade you to a spot next to an empty seat

Frontier Airlines will let travelers upgrade to a seat without someone sitting next to them. 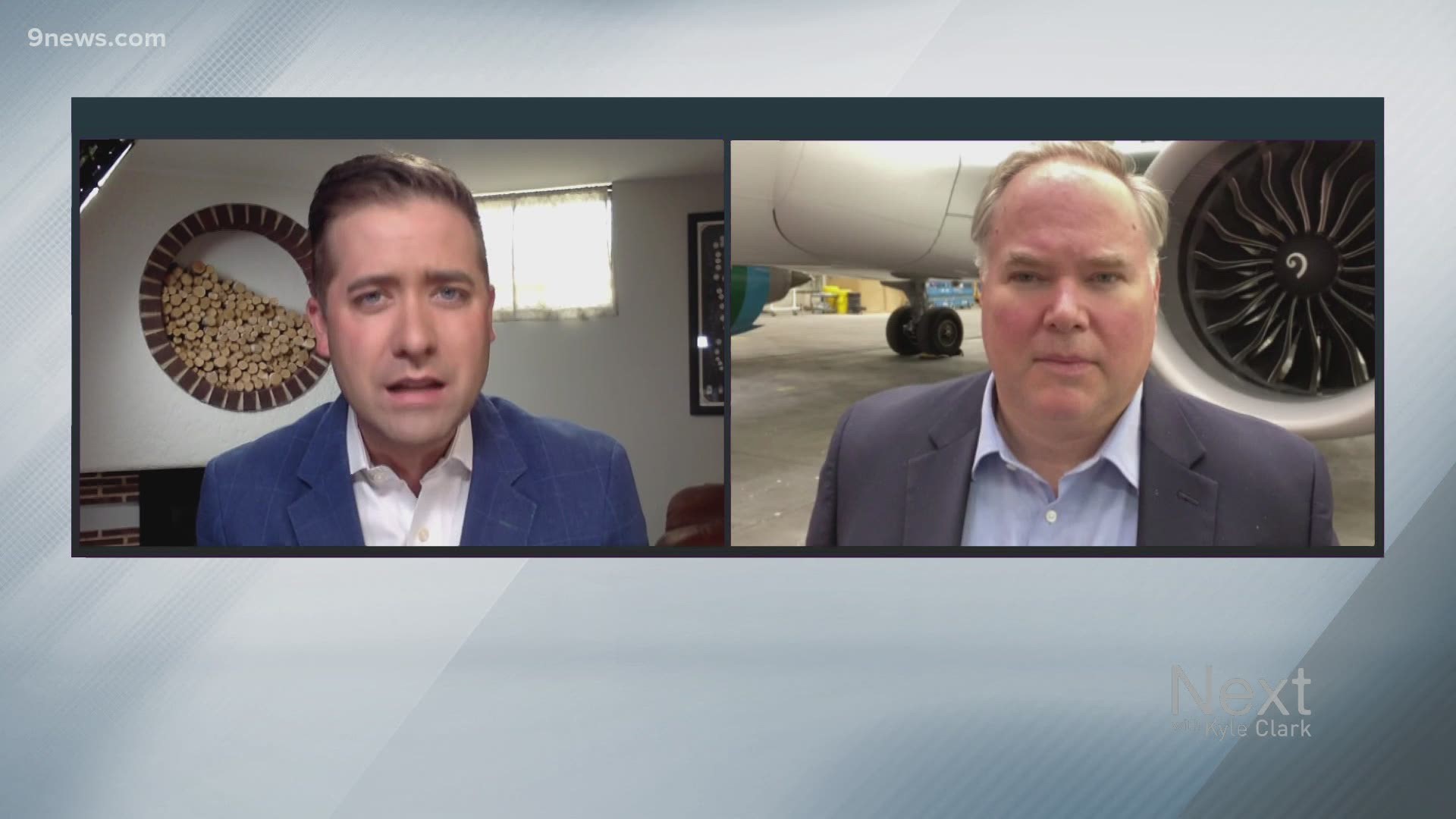 DENVER —  Frontier Airlines announced in a news release Monday that the airline will add a "more room" seat assignment option for passengers, guaranteeing an empty middle seat next to them.

"You're not paying for safety," CEO Barry Biffle said in an interview with Next with Kyle Clark. "But if you'd like a little more peace of mind and a little more space, we're going to offer that option."

Starting May 8 and lasting until Aug. 31, 18 "more room" seats will be available for the Frontier passengers who want to add that upgrade. Like most other airlines, the Denver-based Frontier will also require passengers and employees to wear a face-covering or mask.

Biffle said this is Frontier’s way of “guaranteeing” safety.

Each airline is considering an individualized policy for keeping passengers safe during COVID-19. Delta, for example, said it plans to reduce the number of passengers per flight and block middle seats. Southwest said it will limit the number of people on board a flight, so there will be no need to use the middle seat.

Biffle said Frontier is noticing that leisure travel has started to return but acknowledges current reservations are not near the level they were prior to the pandemic. He said traveling will be dependent on how safe people feel.

Looking ahead, Biffle said it’s too early to know if the novel coronavirus will inspire any permanent flying changes, as 9/11 did.

"I don't know about permanent. I do believe that long-haul international and probably some business travel [are] probably going to be some of the last things that come back, but I believe it will come back, eventually," he said. "And if you're not allowed to go to see your cousins in Australia or wherever for some period of time, there's' going to be pent up demand when you can."

"It's imperative for carriers like Frontier and everyone in the value chain for travel to do their part to keep everyone safe, and that's the fastest way we'll get people back in the air."

Frontier has not laid off or furloughed employees during the pandemic, Biffle said.

Airlines, including Frontier, each received a portion of a $25 billion federal aid package last month, some of which was given as grants and some as loans. According to Biffle, he estimates his airline will have to return about $530 million to the government.

RELATED: Airport among places where you'll be required to wear a face mask

RELATED: Haunting photos show just how empty DIA is because of the coronavirus pandemic

SUGGESTED VIDEOS: Full Episodes of Next with Kyle Clark