Get your flu shot… Twenty-seven children in the United States have died of the flu so far this season, the highest number of child flu deaths at this poin... 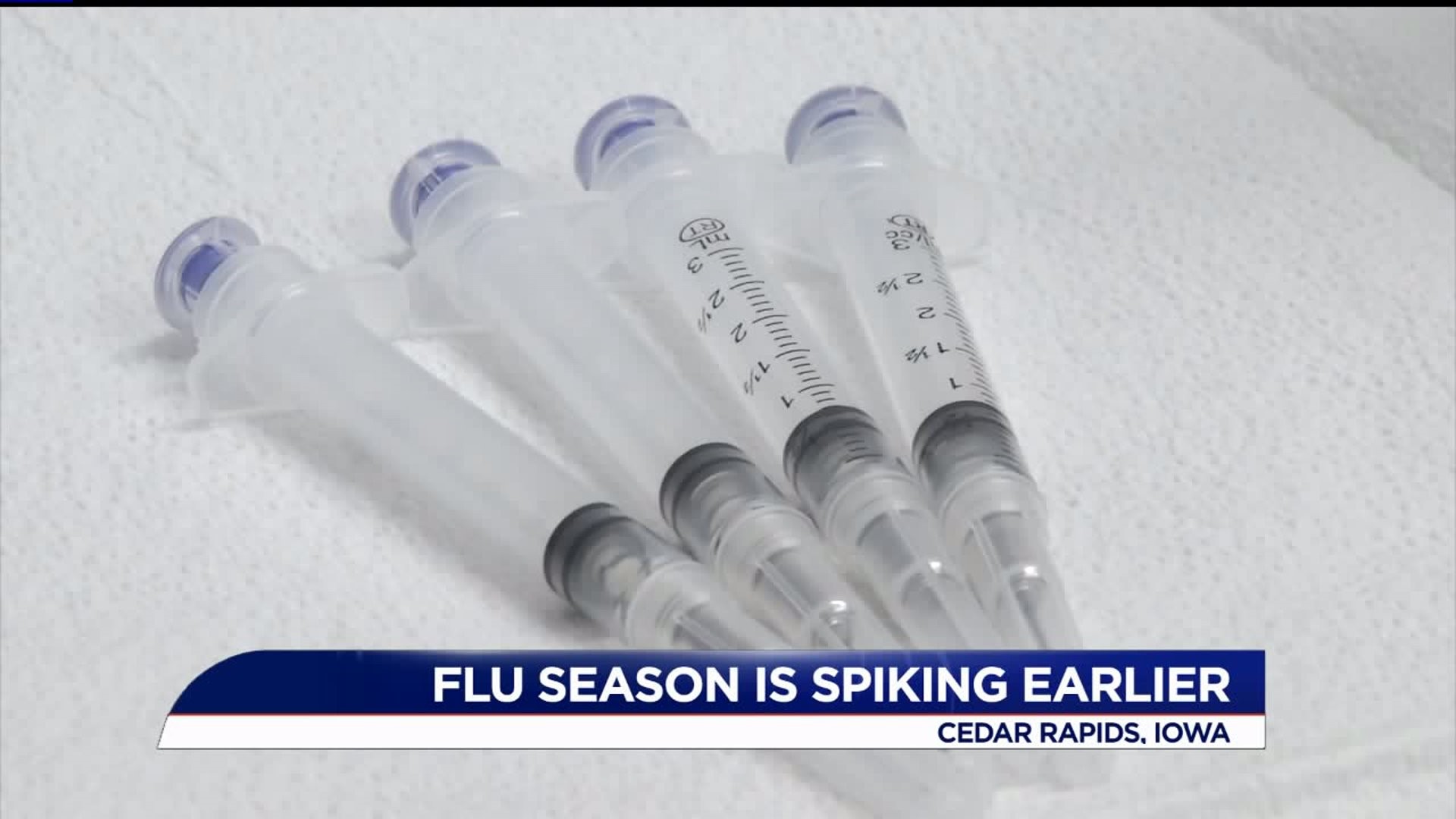 (CNN) -- As flu reaches high levels across the country, this season has set a tragic record for children.

Twenty-seven children in the United States have died of the flu so far this season, according to the US Centers for Disease Control and Prevention. That's the highest number of child flu deaths at this point in the season since the CDC started keeping records 17 years ago.

Flu struck early this season, starting in the Southeast, with Texas, Georgia, Louisiana, Alabama and Mississippi experiencing the highest level of flu activity by mid-November.

Heather Meador, from the Linn County, Iowa Department of Public Health said the flu season typically spikes at the end of January or in early February.

"Even if it's not a perfect match it still helps to protect you from other strains of flu that are out there so it can help decrease the chances of you being hospitalized or having complications from flu," Meador said.

Doctors in New York say they're also seeing unusually large numbers of flu patients for this time of year.

NYU Langone Health, for example, had 270 flu patients, adults and children, in their emergency rooms and clinics in Manhattan and Brooklyn the week of December 29.

"This is usually what we see in February or March, not late December or early January," said Dr. Jennifer Lighter, a pediatric infectious diseases physician at NYU Langone's Hassenfeld Children's Hospital.

Ratner noted that so far this season he has had patients who've developed life-threatening pneumonias and needed surgeries to drain abscesses in their chests -- and most of these children were perfectly healthy before they got the flu.

"These weren't kids who were immune compromised or anything like that, but they've ended up on ECMO," Ratner said, referring to a life support machine.

"When you see this in well kids, it's something that's always surprising and frightening," he added. "And it's sad because the vast majority of these kids with these severe influenza complications were not vaccinated against the flu this year."

If flu continues along its current trajectory, it could become one of the worst seasons in decades, Dr. Anthony Fauci, director of the National Institutes of Allergy and Infectious Diseases told CNN.

Fauci pointed out a CDC graph to compare the current flu season to two of the most severe in recent decades. In the graph below, designed by CNN based on the CDC data, the red line indicates flu activity from September 29 through December 28. The other lines show the 2014-2015 and 2017-2018 flu seasons, two of the worst in recent decades.

"Hopefully this turns around and comes down, but if it continues on the trajectory it's on, it's not going to be good," Fauci said.

Since the worst may still be yet to come, it's a good idea to get a flu shot if you haven't already. It decreases the chances you get the flu, and even if you do get it, you'll be less likely to suffer potentially fatal complications.