The city of Davenport put up the HESCO barriers earlier than usual. 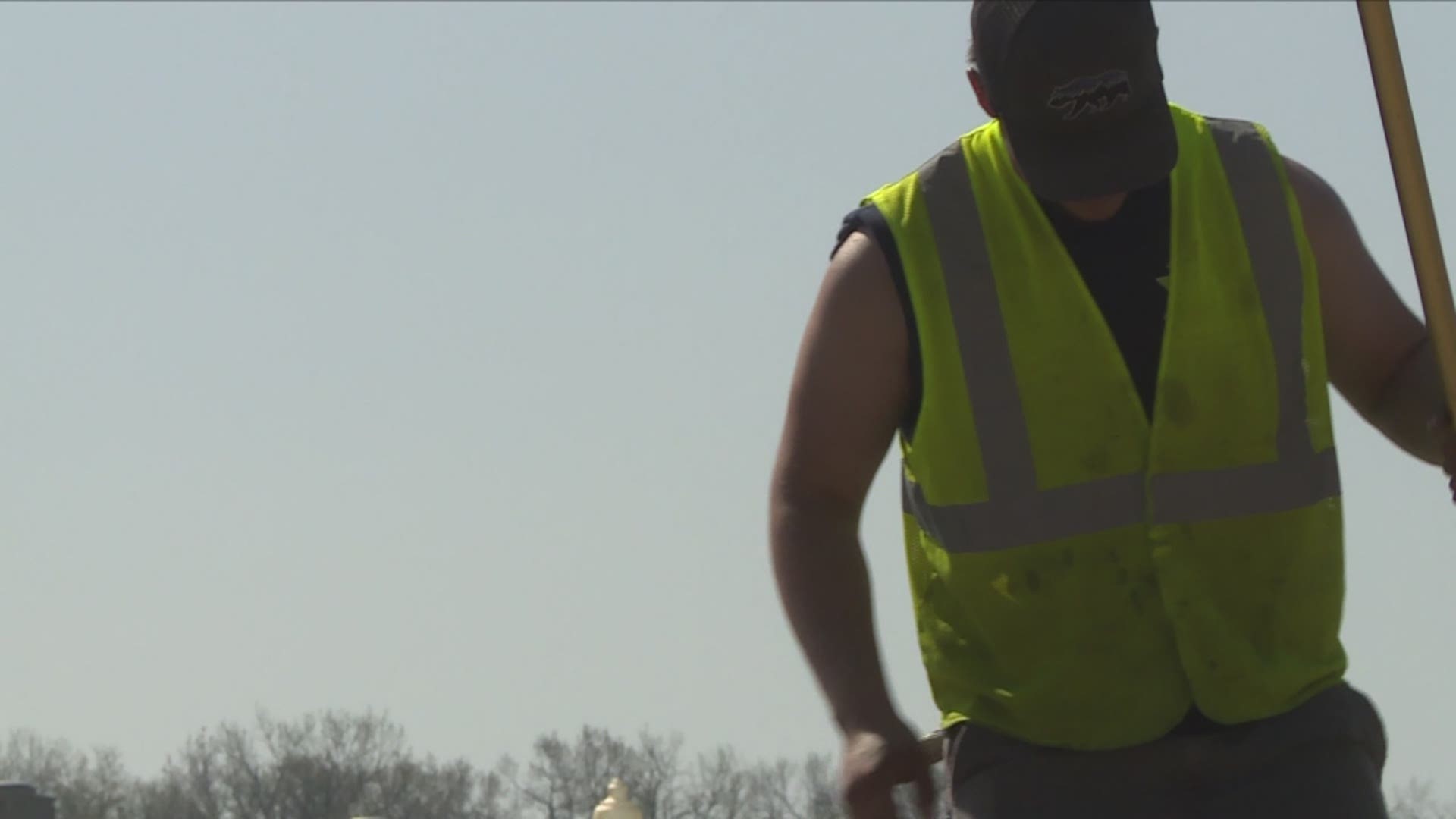 "It's really difficult to set it up in the rain," Davenport Public Works Director Nicole Gleason said. "Knowing we had a couple days of nice weather, and we are kind of riding high on the river here for the next week or so, it just made everyone more comfortable to have it ready."

"The river is out of the banks and it is starting to accumulate water in the parking lots across river drive," Front Street Brewery owner Tim Baldwin said. "It is sneaking up on us, so it is probably best to be prepared for that then to be surprised."

Baldwin says he is used to having the HESCO wall up, but it is the road closures that come along with the HESCOS that concern him

"It scares people away from downtown and businesses are already suffering significantly from this virus," Baldwin said.

The HESCOS are being installed between Pershing and Iowa Streets.

Baldwin says he is happy the city is being cautious with the HESCO walls, but wants to keep River Drive open as long as possible.

"When the barriers go up and the roads start to close, everybody sees a decline in business," Baldwin said. "We have learned to deal with the HESCO barriers, but we have to keep River Drive open as long as possible."

The city only installed one wall of HESCO barriers, but Gleason says they will install the second row of barriers if the river hits about 20ft.