Fire crews worked to clear out debris and flammable material from the building after the blaze was doused. 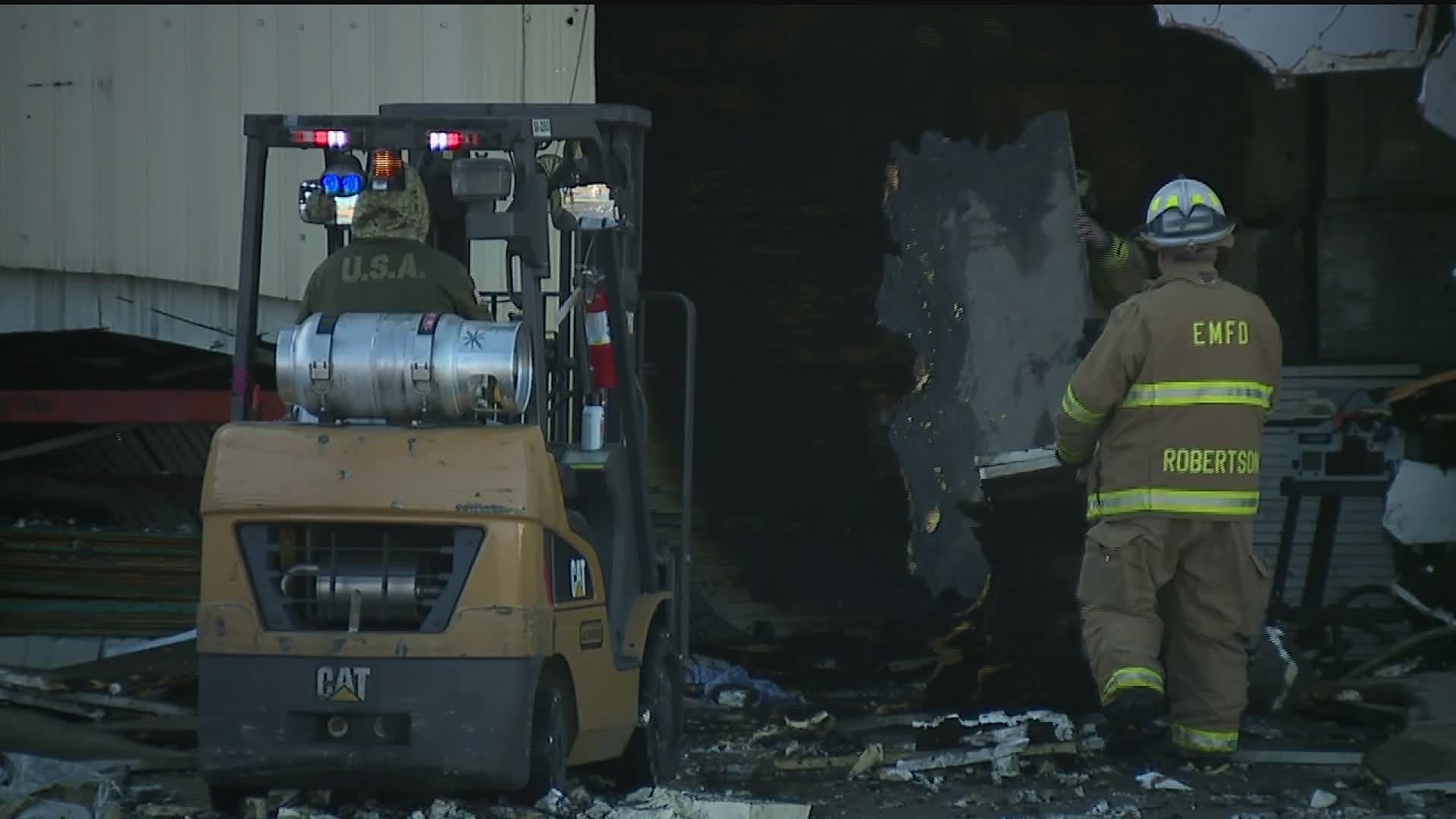 EAST MOLINE, Ill. — No injuries were reported after East Moline firefighters responded to a structure fire this afternoon.

Firefighters said they were dispatched to the 3100 block of Morton Drive just after noon on February 21. Once on scene, firefighters entered Atlas Roofing in an attempt to put out a fire that had spread inside.

Several agencies were on scene for more than three hours.

Firefighters were seen clearing debris and using a forklift to remove smoldering material.

Lt. Greg Elden said the warehouse was filled with flammable material that made extinguishing the fire difficult.

"You see the pallets behind me? Those were stacked to the roof, tight, with just alley ways." said Lt. Elden. "The problem is once it burned, it kept burning and it kept smoldering. We couldn't quite confirm (it was out)."

All employees and firefighters made it out without injury. The cause of the fire is still under investigation tonight.