The FDA urged consumers in Nebraska, Indiana, Wisconsin, Iowa, Illinois, Kentucky, Michigan, Missouri, Minnesota, Ohio and Pennsylvania to not to eat any fresh ... 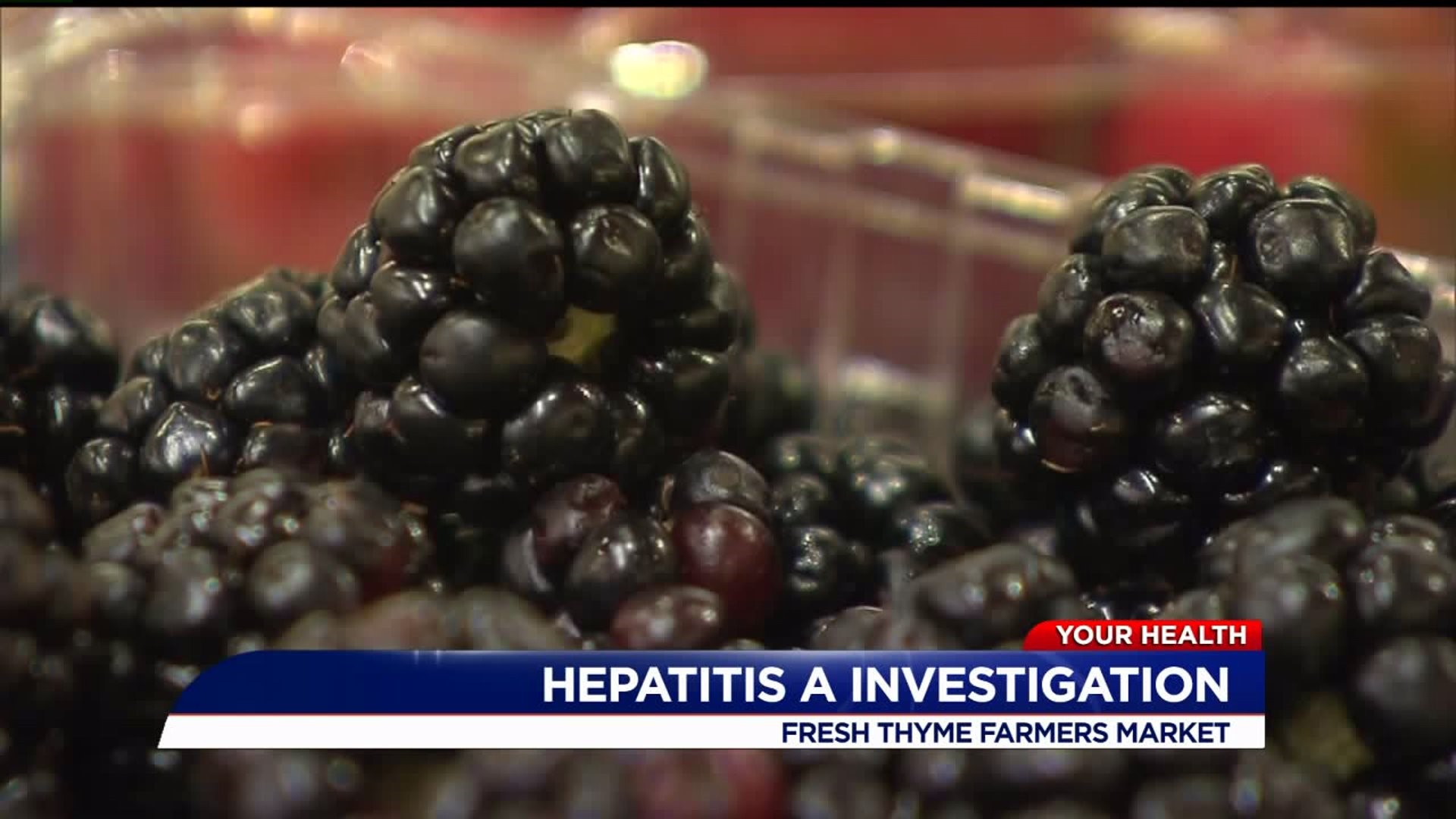 LINCOLN, Neb. (AP) — A hepatitis A outbreak in Nebraska, Indiana and Wisconsin has been traced to blackberries sold in Fresh Thyme grocery stores and federal authorities on Wednesday warned consumers in 11 states against eating some berries bought from that chain.

Click here to read the full report from the U.S. Food and Drug Administration

The Nebraska Department of Health and Human Services said in a news release that the outbreak began several weeks ago in Nebraska. The department said it, the U.S. Food and Drug Administration and the Centers for Disease Control and Prevention are investigating and have confirmed 11 cases of the virus, including six in Nebraska.

Fresh Thyme said in a written statement that it's cooperating with the investigation, working to identify its suppliers and isolate the source of the contamination.

"At this time, there is no reason to believe that any of the product was contaminated via handling in our stores," the company said.

The FDA urged consumers in Nebraska, Indiana, Wisconsin, Iowa, Illinois, Kentucky, Michigan, Missouri, Minnesota, Ohio and Pennsylvania to not to eat any fresh blackberries bought from Fresh Thyme between Sept. 9 and Sept. 30.

Anyone who froze the berries for later use should throw them out, the FDA said.

Hepatitis A is a virus that infects the liver and can cause mild, flu-like symptoms for several weeks.

The FDA recommends calling your doctor if you think you may have gotten sick from eating these blackberries or if you've eaten them within the last two week of this report coming out.

Fresh Thyme's statement on the investigation:

"The Food and Drug Administration and the Centers for Disease Control, in conjunction with other state and local agencies, have contacted us concerning a recent Hepatitis A outbreak in three states in the Midwest affecting an unspecified number of individuals. These agencies are investigating and believe that affected people may have consumed fresh conventional (non-organic) blackberries between September 9 and September 30, 2019. We are fully cooperating with these agencies on the investigation and are awaiting next steps.At this time, there is no reason to believe that any of the product was contaminated via handling in our stores. In addition, the agencies are ONLY concerned with product purchased between September 9 and September 30; product purchased or consumed outside of these dates are NOT subject to the investigation. We are working with these agencies to identify our suppliers and isolate the source of this contamination. Fresh Thyme takes the health and safety of our customers and our team members very seriously. Fresh Thyme Farmers Market has a stringent process for ensuring compliance to all local, state and federal health and hygiene regulations.Should any customers have any of the fresh conventional blackberries purchased between September 9 and September 30, remaining in their refrigerators or freezers, they should be discarded immediately or returned to Fresh Thyme for a refund. In Douglas County, NE, if you purchased any of these berries between September 9 and September 30, and still have them, please take them to the local health department for testing.Again, Fresh Thyme is committed to the health and safety of our customers, and we will continue to work closely with these agencies to determine the source of the contamination."