The dry weather, combined with the derecho have accelerated this year's harvest season. 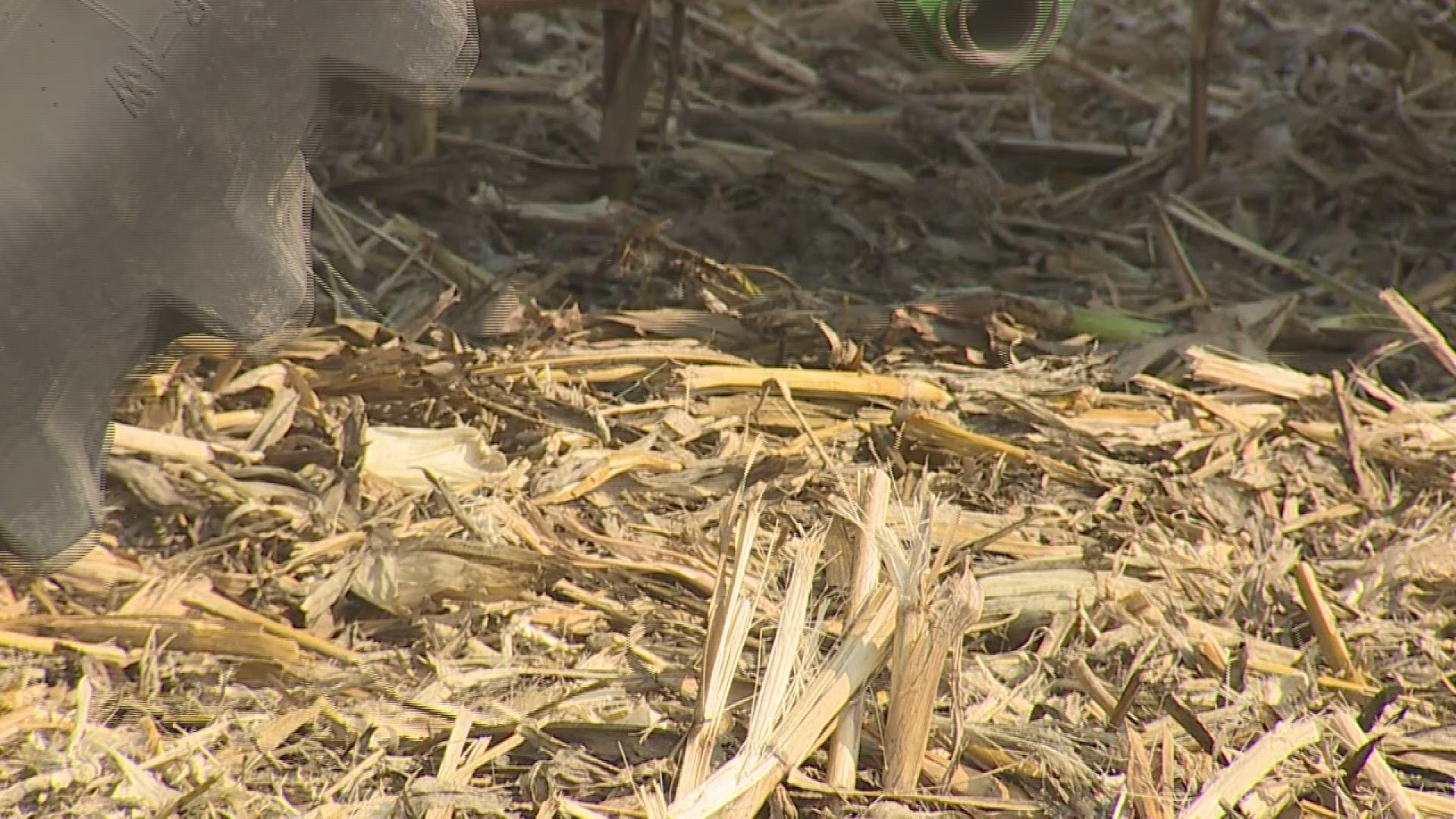 "The derecho, the huge wind on August 10th, advanced harvest."

Extreme drought, combined with the derecho made growing difficult, causing an earlier start to harvest, "The dry weather, it just lacked the moisture to fill out the ear," says John.

"Derecho actually blew the corn over and in many cases, snapped the stalk off."

John and Joan Maxwell, are hoping for the best but preparing for the worst, "We've gotta couple thousand acres of corn to harvest."

"If we waited longer the more chance of the corn going to the ground."

John says once on the ground it's, "Game over."

"We lose all possibilities of being able to harvest it."

The derecho hit post-pollination, so the corn ears were already made. These corn stalks are bent over, so the combine can only go in one-single direction and has to move at a much slower pace. The Maxwell's have to travel at 1.9 miles per hour, when they usually move at three, making harvest three times longer than usual.

"In some cases 70-80% slower because of all the tangled stalks. You gotta go slow, to try and get each and every one," said John.

The husband-wife duo take it in turns, alternating in and out of the combine. Harvesting high moisture corn, 30% of the corn they harvest will be kept for livestock feed, the rest will be sold.

As for the Maxwell's, they're buckling in for the long run.

"We plan on it being a very long season."