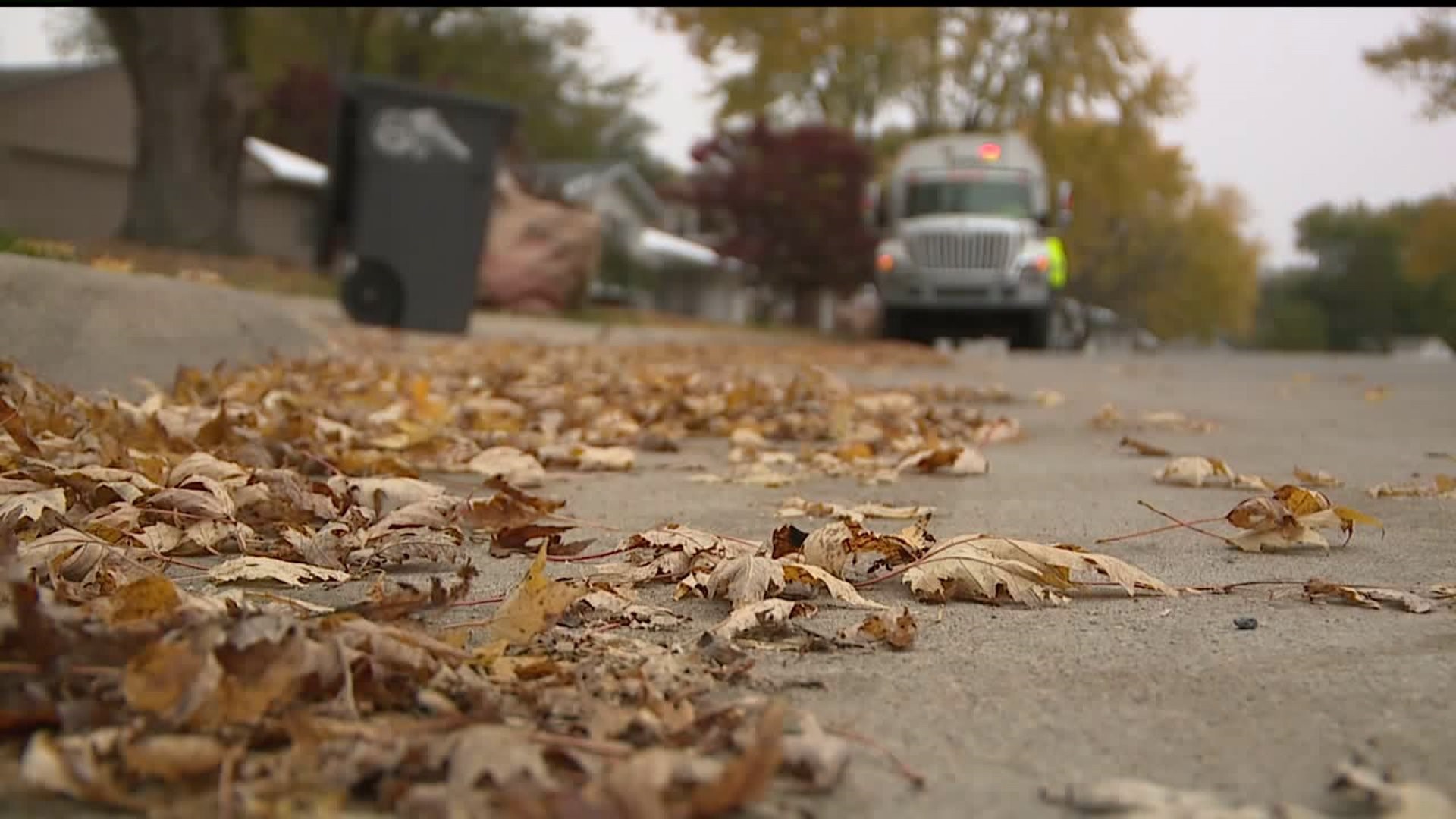 BETTENDORF, Iowa -- With winter weather moving through the Quad City area Wednesday night into Thursday, people could see up to six inches.  Winter is coming, but with leaves still on the tress - fall is still in the air.

The reds, yellows, and warm colors of fall are starting to pile up.  Bettendorf Public Works started yard waste pick-up Monday and with snow coming, crews say they may be slowed down.

“Obviously with the snow the leaves are dropping like mad right now,” says Justin White, a Bettendorf Public Works employee.

Public Works crews throw 900 bags into every truck, but when snow hits the wetness requires more work for employees.

“The bags get wet and cold real quick, so yeah they are getting heavier,” White explains. “It slows you down quite a bit.”

When seasons change over a 12-hour period, it’s busy season at the Bettendorf Public Works building.

His crews started preparing the brine, or a salt and water mixture for slick roads, on Wednesday, .

“Basically, the hard rock salt works up to 15 degrees and then the calcium chloride, the liquid brine works up to negative six (-6),” Hatfield explains.

Bettendorf Public Works has 4,000 tons of salt loaded up for winter storms and have the materials, but crews could use more time to prepare.

“This is usually when we are doing prep time for our folks,” says Hatfield.  This time crews usually practice their snow routes and train new employees. But with the fast winter weather approaching they’ve had to postpone it.

“It’s definitely a real treat for us to have to do two things at once,” White says, referring to cleaning up autumn and preparing for winter. “It’s just getting started, it’s going to be super busy once the snow melts.”