New Orleans woman has 34 bridesmaids at her Florida wedding

In addition to holding a massive wedding, the couple decided to get married only three months after getting engaged. 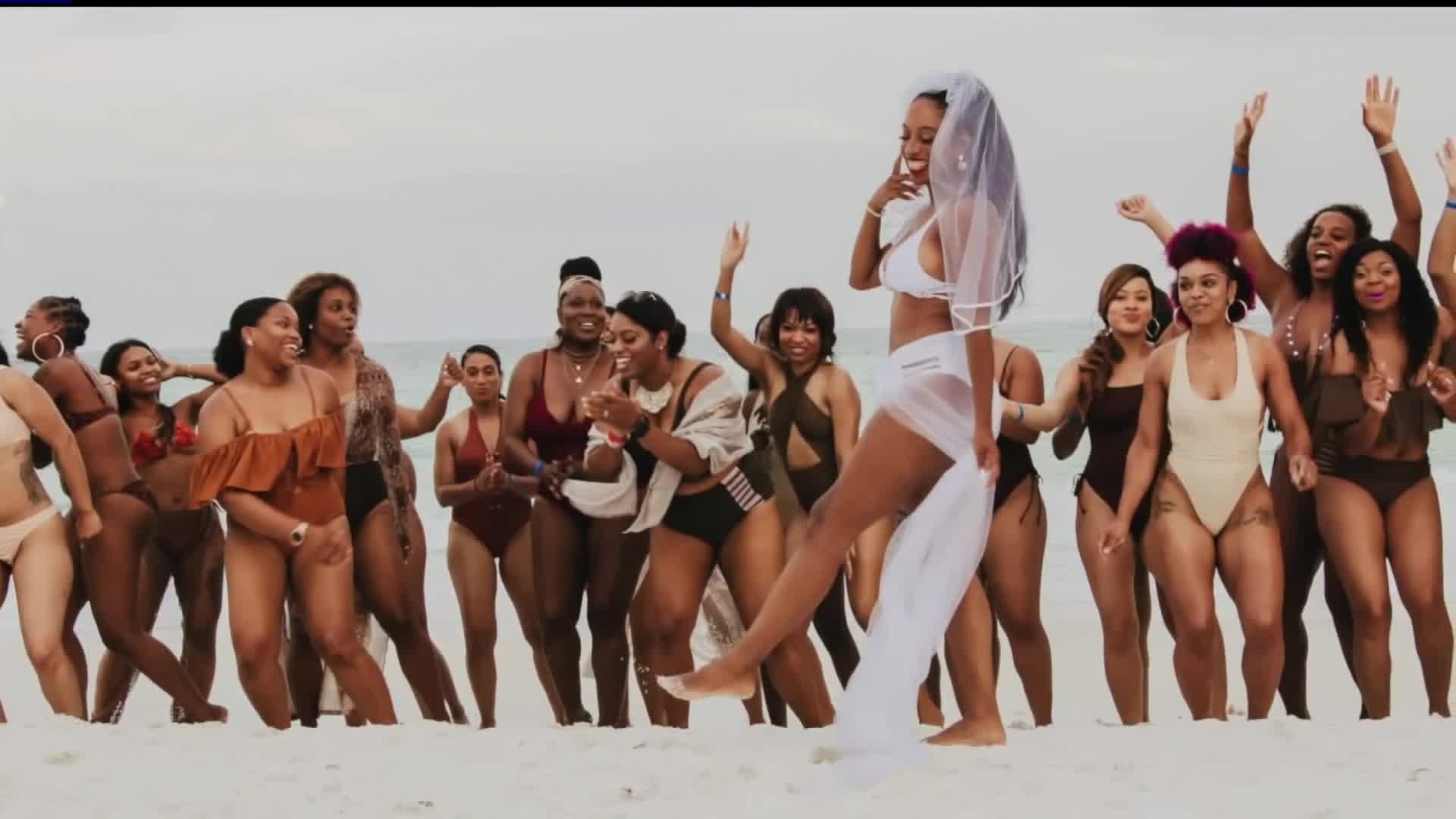 (CNN) -- A bride from New Orleans went all out for her beach wedding -- enlisting 34 of her closest friends and family to join her as bridesmaids on her big day.

Casme Carter tied the knot June 2 in Destin, Florida, with her six sisters and 28 friends by her side. She says that she planned on having 50 ladies but some couldn't make it because of family reasons and an Army deployment.

But why -- and how -- so many? Carter says she has a lot of friends from mentoring and participating in women's empowerment groups.

"I wanted them all to experience the love that they've seen that I've been praying for and wanting. I wanted them to witness it first hand," Carter says.

When she told her now-husband, Gary Carter, of her plans, he didn't think she was serious at first, she says.

"He thought I was joking but then he was like, 'If anybody can do it.' He knows how I am and how many women are around me," Carter said.

Carter says her husband's next concern was whether he could match that many women with men. "You don't expect me to have that many groomsmen," she recalls him saying.

The bridesmaids were even more surprised than her husband because Carter didn't tell them that there would be 34 women in her wedding. She says she broke them up into a few different group chats to discuss details and told them just to get neutral beach dresses, and bring some bathing suits and khakis.

The bride says the surprise went off without a hitch. "When they saw everybody they were like, 'Oh my God, Casme. This is so awesome!'"

She was just happy that everyone was able to make it to her wedding. "Their time and their presence was a gift to me, just being there."

In addition to holding a massive wedding, Carter says the couple decided to get married only three months after getting engaged. She says she always dreamed of a beach wedding and after being a wedding singer in Destin for at least 50 weddings she knew it was the place she wanted to get married.

Carter also had a Pinterest board for her wedding that she had worked on for several years before even meeting her husband so she finalized it printed it out, and went to work to pull the massive event together in a short time.

Overall, Carter says the day was perfect and she wouldn't have changed a thing.

"Everything about this wedding was different," Carter says. "It was so amazing to have them all right beside me."