Meghan, the Duchess of Sussex, is expecting her first child

Meghan, the Duchess of Sussex, is pregnant with her first child, the UK’s royal family has announced. 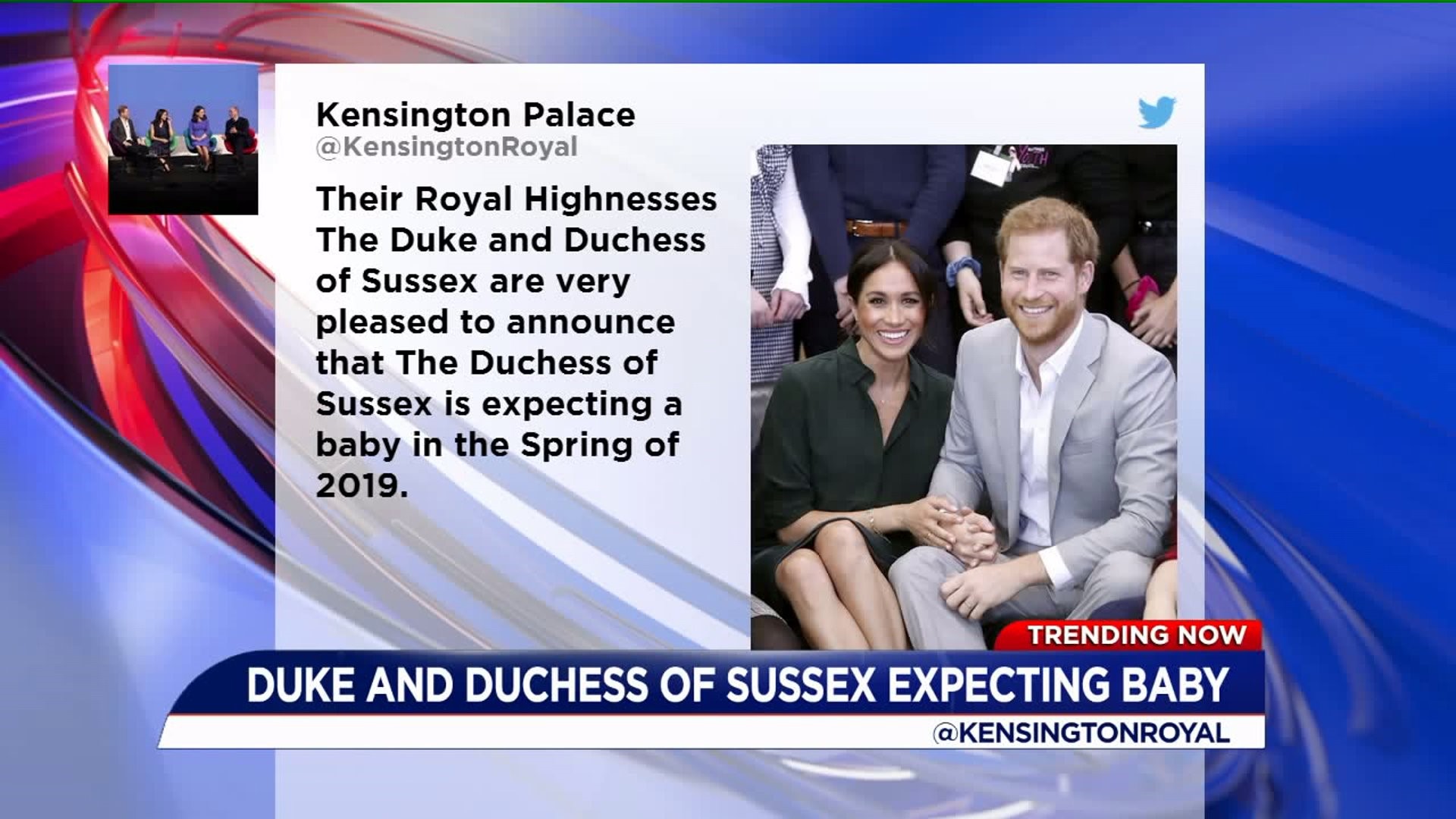 Meghan, the Duchess of Sussex, is pregnant with her first child, the UK's royal family has announced.

A statement from Kensington Palace said the baby is expected in the spring of 2019. Britain's Queen Elizabeth II will be the child's great-grandmother.

The announcement comes five months after Meghan wed Prince Harry in a starry ceremony at Windsor Castle. The pair had just touched down in Australia for their first overseas tour as a married couple when the news broke.

Their Royal Highnesses have appreciated all of the support they have received from people around the world since their wedding in May and are delighted to be able to share this happy news with the public.

The tour coincides the third Invictus Games, an international sports competition Harry founded in 2014 for wounded veterans and members of the military, which kicks off Saturday.

Most of their two-week tour will be spent in Australia, where they'll meet with locals and focus on youth leadership projects -- Harry was recently named Commonwealth Youth Ambassador -- but also stop by some of the sights including Bondi Beach and the Sydney Opera House.

They will also visit New Zealand, Tonga and Fiji.

Harry is already a fond uncle to his brother Prince William's three children with Catherine, Duchess of Cambridge, and godfather to the offspring of several of his friends.