Fat Bear Week is finally here, cast your vote for the chunkiest one of them all

To celebrate some of the healthiest brown bears preparing for hibernation, fans can cast their votes for the chunkiest Alaskan bear during Fat Bear Week. 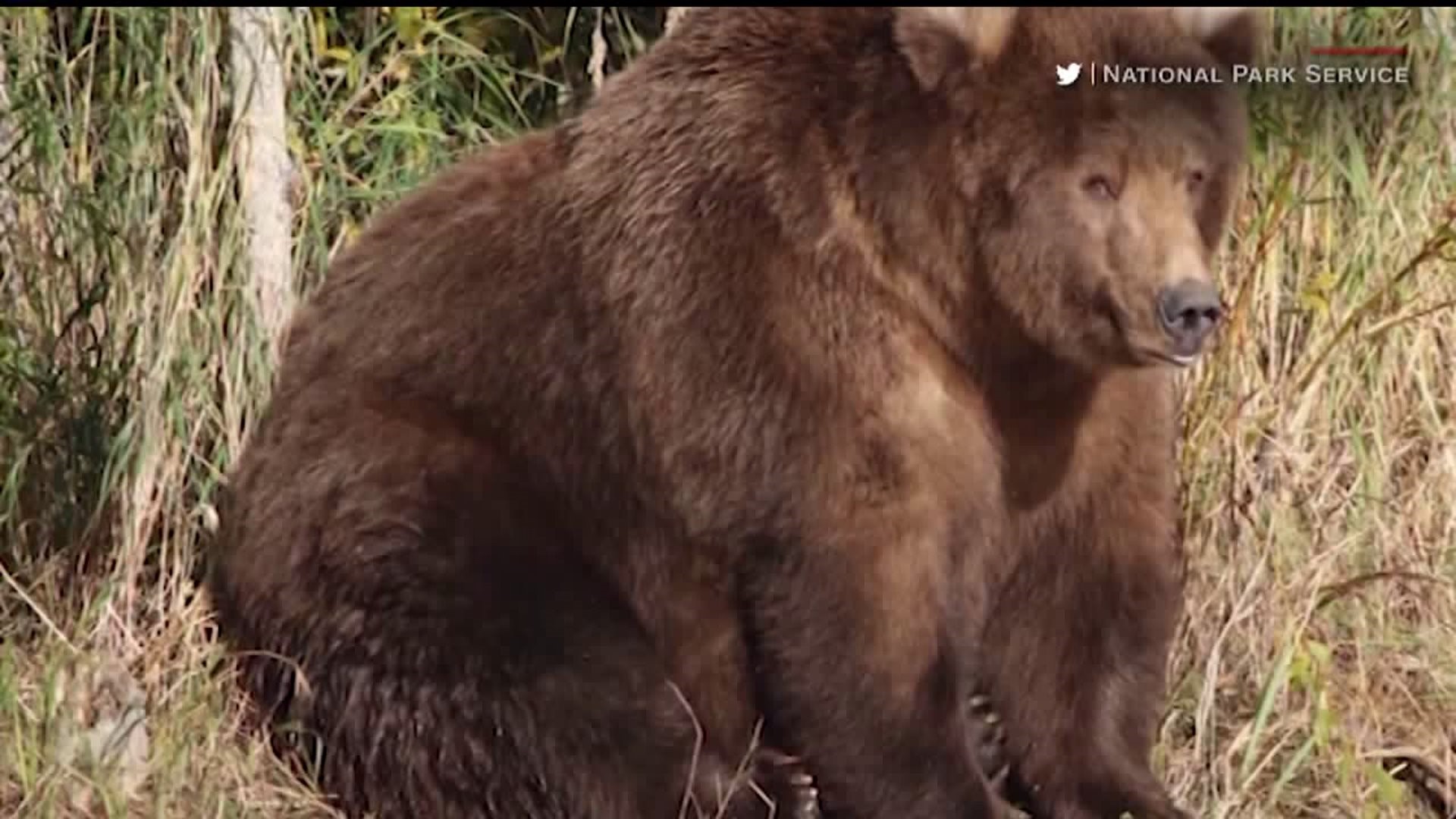 (CNN) -- Fat Bear week is here to remind us there's still good in the world.

The annual competition, held by the Katmai National Park & Preserve in Alaska, crowns the winner the fattest bear of the state's Brooks River, with the help of online voters like you.

Alaska's brown bears are the largest brown bears and eat up to 90 pounds of food each day, including other smaller mammals, salmon, berries, flowers and herbs.

Starting October 2, the area's chunkiest bears will compete in head-to-head matches running through October 8. The winner of each round will move to the next round until the finalists compete for the crown of "2019 Fattest Bear."

And don't worry, you won't hurt anyone's feelings with your vote.

"There is no shame in winning this contest as large amounts of body fat in brown bears is indicative of good health and strong chances of survival," the National Park Service said in a press release.

"During winter hibernation, which can last for up to half of the year in their den, a bear could lose up to one third of its body mass. In preparation, the bears are entering hyperphagia this time of year, a state in which they eat nearly non-stop."

The park, famous for its volcanoes, magical wilderness and brown bears, kicked off the competition five years ago.

It holds one of the largest concentration of brown bears in the world, according to the release.

With so many choices, we know it's hard picking just one bear to crown.

The bears often get so big, that they have to dig a hole to stuff their belly in when they lay down to rest.

So you can be one of the hundreds of viewers on one of the park's bear web cams, to spy on the bears and start making up your mind.

Male brown bears weigh anywhere from 600 to 900 pounds and by the time they go into hibernation, can jump up to a staggering 1000 pounds, NPS said. Adult females usually weigh about a third less. The bears often get so big, that they have to dig a hole to stuff their belly in when they lay down to rest.

And here's a little more about the park's bears, from former Katmai park ranger Mike Fitz:

"We continue to see the stories of individual bears unfold along the river. Bear 402 utilizes her two decades of experience to raise her three yearlings while one young bear, 719, is experiencing motherhood for the first time.

"At Brook Falls, the hierarchy continues to shuffle," Fitz said. "Bear 856, a large and assertive adult male, continues to reign at the top, but he's nearly 20 years old. How long will he be able to maintain his position as the river's most dominant bear?"

Who are the top contenders?

This year will make for some tough matches.

Bear 747 seems to be a favorite, but may have a tough time beating 435 Holly and 128 Grazer, two female bears that have been really preparing for this showdown.

But there's plenty more good options for you.

If you like this competition, be kind to your environment. As a friendly reminder, the park said: "Fat bears only exist because of clean water and healthy ecosystems."

Climate change, for example, poses a big threat for these glorious creatures.

As the sea ice melts and polar bears find themselves on land more often, they begin to compete with brown bears for food.

"Such changes in food selection can result in large ecosystem changes as species adapted to be prey no longer have population control from predators, and other species suffer reduced populations due to additional predation," NPS said.