Updated Monday, June 30: Organizers have again moved the place for the 2014 Mississippi Valley Blues Festival because of flooding.  The event was originally sla... 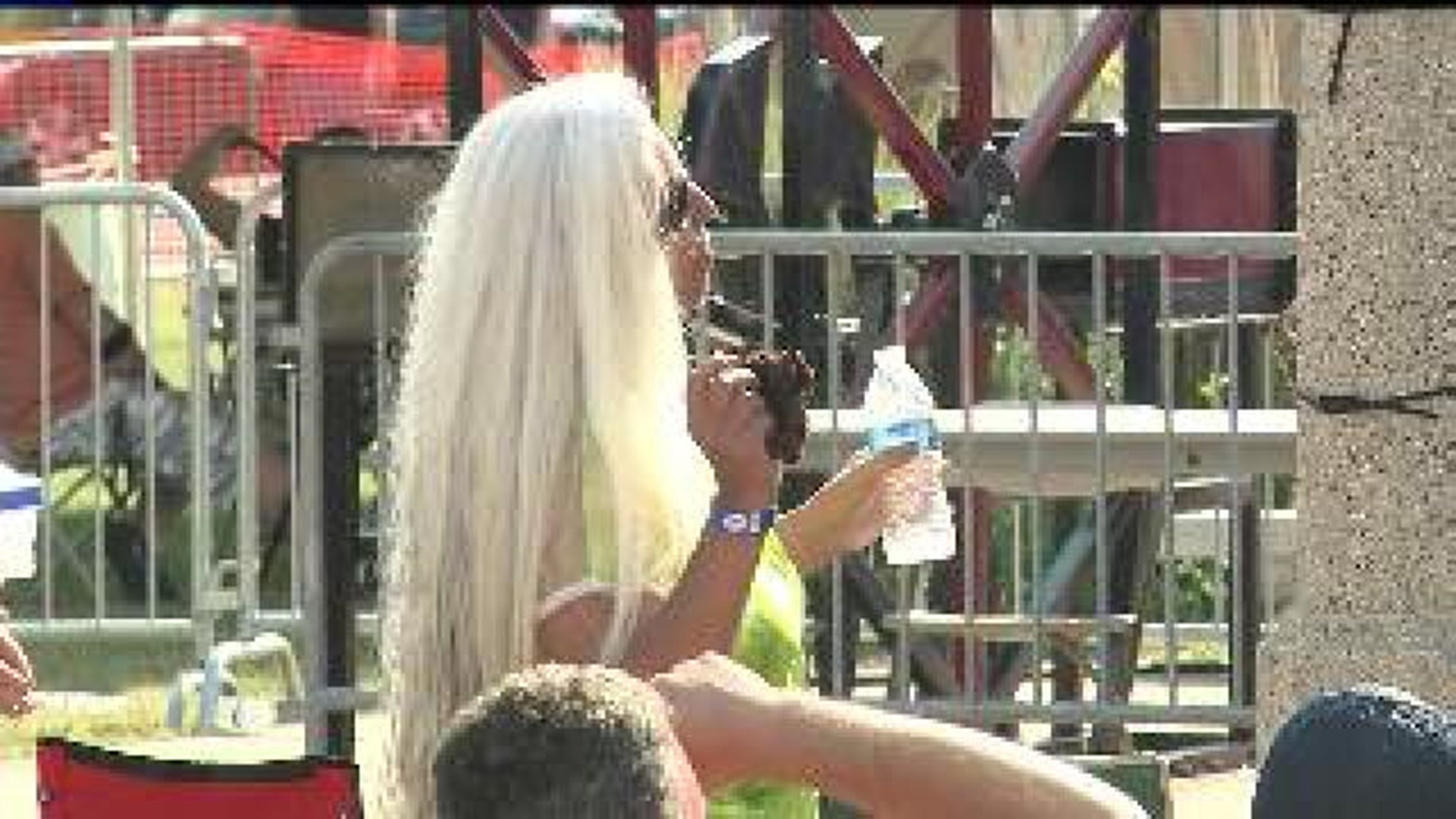 Organizers have again moved the place for the 2014 Mississippi Valley Blues Festival because of flooding.  The event was originally slated to happen at LeClaire Park in Davenport, July 3 through 5, 2014.

Flooding forced the event to move to Centennial Park, which was also inundated with water from the Mississippi River.  So, organizers announced Monday, June 30, 2014 they would again move BluesFest - this time, to Second Street between Brady and Ripley streets in downtown Davenport.

"The setup will be roughly the same as last year, with a few changes.  The free workshops will be held on the Community Stage at Falbo’s, on the 1st floor of the River Music Experience.  BlueSKool and the special 30-year retrospective Photo Exhibit will be on the 2nd floor of the RME," said a statement from Mississippi Valley Blues Society President Kevin Nolan.

On Wednesday, July 2nd, crews worked to get the stage and tent set up. Vendors have also lined up on 2nd Street for the event.

Flooding has forced the Mississippi Valley Blues Fest to move to a new site.

Originally planned along LeClaire Park in Davenport, the 30th annual festival was moved to Centennial Park. It will still be held from Thursday, July 3 – Saturday, July 5.

"We're aiming to please our customers and also be a good community neighbor," said Mississippi Valley Blues Society president Kevin Nolan. "Centennial Park offers that Mississippi River ambiance, and it's not as disruptive to business as the 2nd Street downtown location, which we also considered."

Organizers will be meeting the weekend before the event to work out gate location details and parking spaces. Maps will be released after these items are worked out.

(Editors note- the original report indicated that the festival would be moved to 2nd Street. Organizers decided to hold it at Centennial Park.)