Taylor Swift is not calming down. 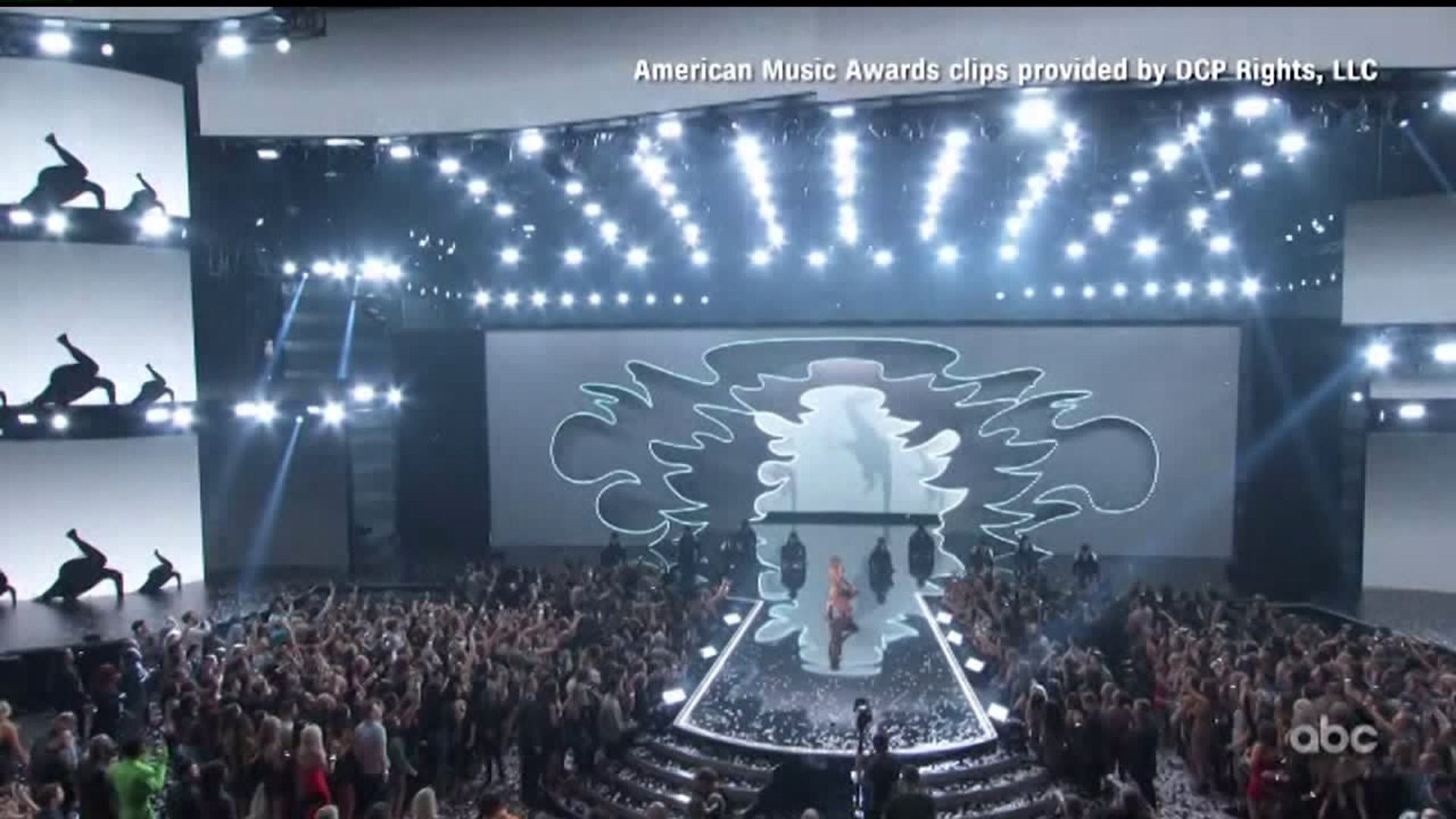 LOS ANGELES (AP)-- Taylor Swift has won artist of the year at the American Music Awards and surpassed Michael Jackson as the ceremony's most-honored performer.

Swift tied Jackson’s 24 awards when she won favorite pop/rock album during the broadcast and then moonwalked past him with the night’s top prize. It was the singer-songwriter’s night practically from start to finish as she performed a medley of her hits before accepting the artist of the decade award.

Swift, wearing a flowing pink and gold cape, hugged Post Malone, who was also nominated for artist of the year, on her way to the stage. She said the last year had “the most amazing times and some of the hardest things I have gone through in my life,” but that she felt lucky.

She later popped up on stage with Shania Twain after Twain ended the show with a medley of her hits, including “Man! I Feel Like A Woman.”

Swift also got her chance to sing her old hits, a point of controversy leading up to the American Music Awards.

The singer-songwriter, who is locked in a public feud over ownership of her early hits, was supported by her parents in the audience, her fellow artists Halsey and Camilla Cabello who joined her on stage and songwriting legend Carole King, who presented Swift the artist of the decade honor.

King noted that for Swift “the best was yet to come.”

Swift started her performance in white button-up shirt printed with the names of her past records, which are now owned by the owner of her former record label and manager Scooter Braun, a man who Swift has been publicly feuding with. She shed the shirt after singing a few lines from “If I Was a Man,” to don a sparkling gold one piece for a long medley of several of her hit pop songs, including “Shake It Off” and “Blank Space.”

Swift said all artists want to “create something that will last” and the award celebrated a decade of hard work and art and memories. She ended by saying, “I’m so lucky to get to do this.”