What will education look like in the fall across New York State?

That's the question a lot of families want to know and is one that state leaders are working to answer. The Education Department recently offered some guidance. 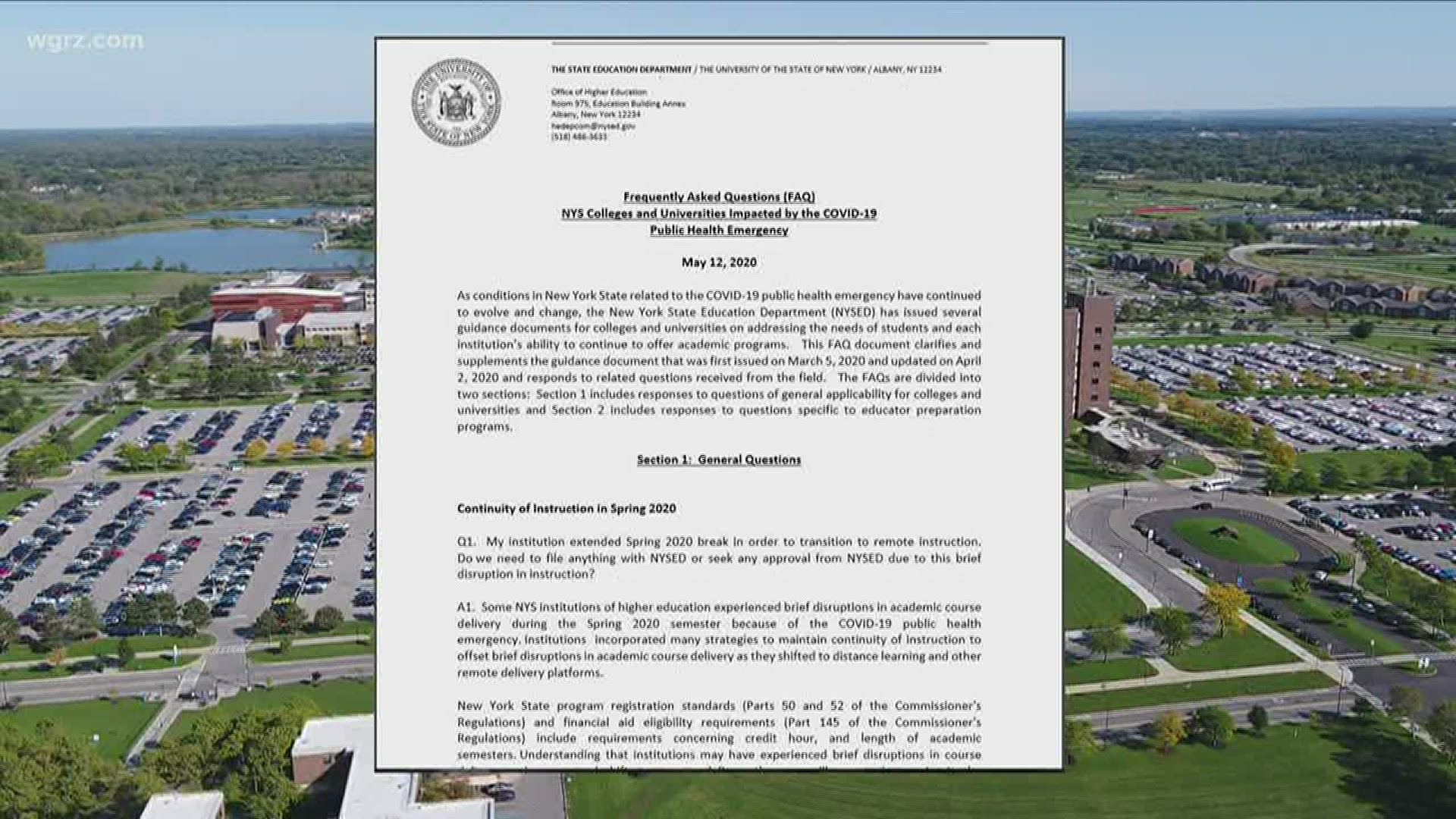 BUFFALO, N.Y. — What will education look like in the fall?

That's the question a lot of families want to know and is one that state leaders are working to answer.

On Tuesday, the state Education Department released a frequently asked question document as it pertains to the return for colleges and universities.

And it came with some answers that may work for public schools. In that Q&A, New York State clarifies guidance that was sent out to institutions of higher learning earlier in the crisis.

One question: When colleges are allowed to reopen, will there be precautions that need to be followed on social distancing?

The state says that institutions of higher education will be required to follow federal, state and local guidelines on social distancing.

2 On Your Side heard from Mark Laurrie, the Niagara Falls Schools superintendent. He expects the same thing in local schools.

"It's really, really difficult when you have 250 3-year-olds and 400 4-year-olds and 500 5-year-olds where rituals and routines and being together purposeful play are all major components of the curriculum," Laurrie said.

He added that his district is putting together scenarios of what school could look like in the fall.

One possibility is having elementary students and those with disabilities spread out in schools, so they get that in-person re-enforcement, while students in middle and high school would be learning virtually.

Transportation is a key issue.

"You may have to have multiple bus runs, and the unspoken thing here in all of this conversation is cost at a time when the governor projecting another 20 percent cut to education. You can't have it both ways," Laurrie said.

The state Education Department says it is working on guidance for the fall term and anticipates it to be released sometime in the near future.

With the rest of the academic year cancelled, Gov. Andrew Cuomo has said that a decision on summer school will be announced by the end of May.

RELATED: BMHA: Half of residents at some properties missed rent payments